So I haven’t ever done a guest post. Never! But I’ve wanted to do one with Jenni from Urban Poser ever since I first came across her blog. Not only are her pictures by far some of the best out there, but her recipes are incredible. I don’t understand how her brain comes up with some of these recipes she makes. She is an inspiration in the blogging and paleo food world, and I feel incredibly lucky to have her as my first guest post. She’s the best. Be sure to check out her blog right away and spice up your kitchen!

Oh and by the way, you’re welcome. This recipe is UNREAL. Bravo, Jenni. Bravo.

Picture this: You’re sitting in your cave, shooting the breeze with your buddies Grok and Brog. It’s a nice day outside and you’re all feasting on the last of this month’s wooly mammoth. As you polish off the last bit you think, “dang, I could really go for something sweet.” Almost on cue, the doorrocks clank together and lo and behold, there’s a Cave-Girl Scout at the door with your favorite post-mammoth treat: Samoa cookies!

When Juli asked me to guest post on her blog, I immediately started trying to figure out what I wanted to make for her. She left it wide open for me to choose and I had a lot of options in mind. But when the idea to reinvent my old favorite Girl Scout standard in “Paleo-friendly” donut style hit me, I knew that I had my answer.

Sometimes when I’m creating a recipe, it takes a little while to zero in on the perfect balance of ingredients and complimentary flavors, but in this case, literally millions of people have already stamped their seal of approval on the classic combination that is the Samoa cookie. (I know, I know….we’re not supposed to call them “Samoas” anymore but hey, I lived on the islands so I get a pass. Deal with it.)

All that was left for me to do was to see if I could reasonably create a Paleo friendly version of this classic treat. And surprisingly enough, I nailed it on nearly the first try. They came together beautifully and even though it may seem like a lot of steps, it’s actually incredibly simple to pull together and the caramel can even be made ahead of time, so don’t be afraid to dive right in and give it a shot.

For the Dipping Chocolate

For the Coconut Caramel 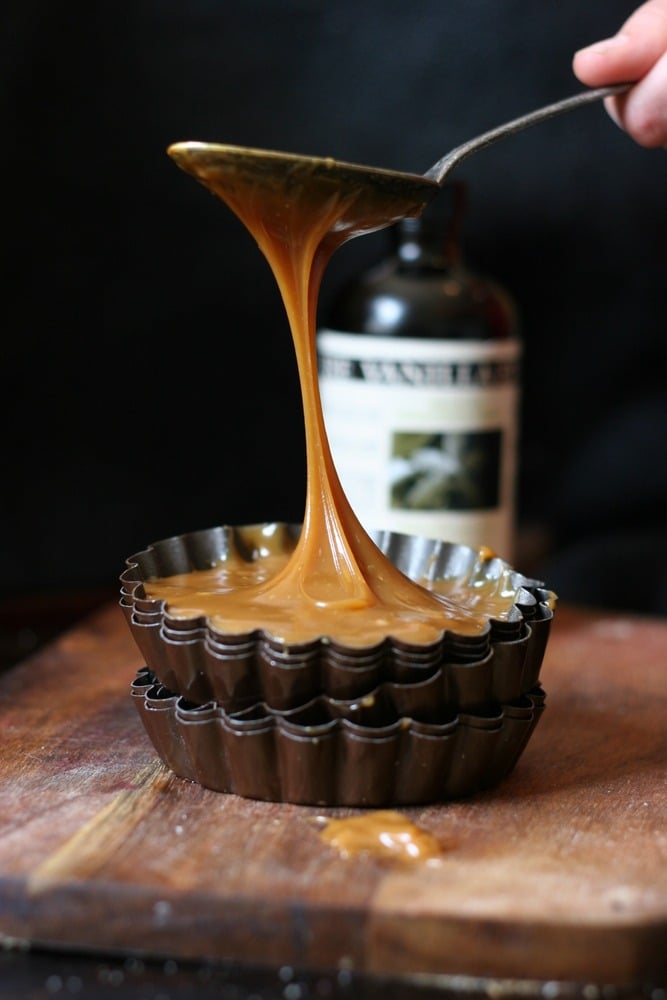 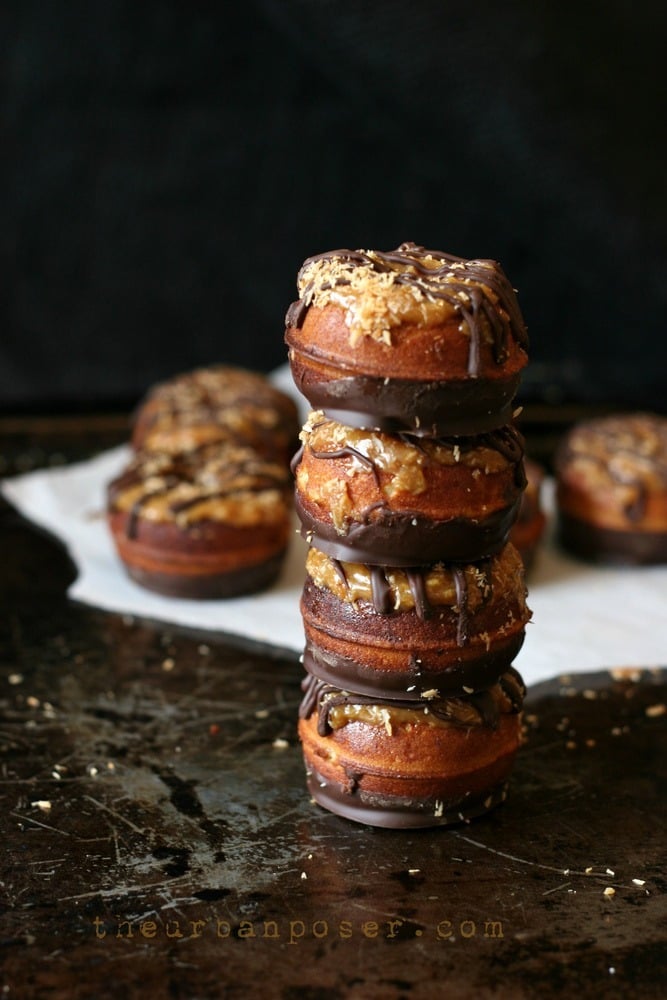