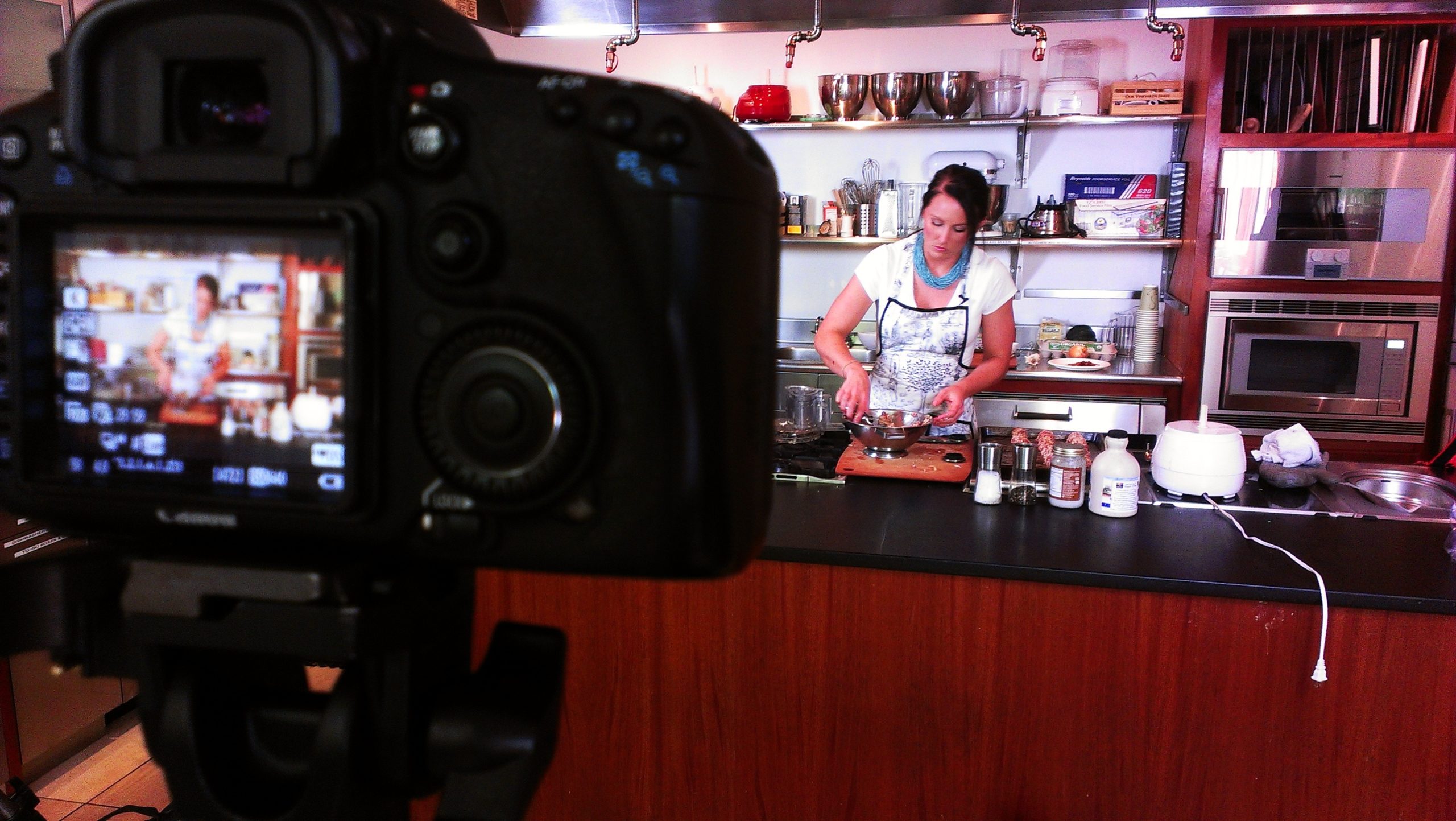 I went to Boston last week. Yes I did. That’s why my recipes were at an all time low. Don’t worry, I’ll feed you this week.

Boston played a trick on me. When I got there, it was 65 degrees out and felt awesome. But by the next day, it was f*cking cold. And it’s a different kind of cold in Boston compared to Colorado. A cold that hurts down to your bones. And it turns out, you walk a lot in Boston. In the cold. Ew.

So I went out to Boston this past week to teach some cooking classes and work with Again Faster to make some cooking videos. Remember when I did that last time? Well last time I was in the suburbs, this time I was in the city. AND I got to stay with my friend Jen, who is hands down the best host ever. She made me coffee and breakfast every morning, had an awesome bed for me to sleep in, and even an adorable puppy to cuddle with. Well I didn’t actually cuddle with the puppy. Hyper dogs really aren’t my thing. I like calm, small dogs, that are just happy to sit. Anywho, the trip was far too short. I worked the entire time so fun stuff was at a minimum. The one thing I did get to do is workout once at Reebok CrossFit Backbay which is a siiiiiiiick gym. Such a badass spot with cool coaches.

I ended up shooting 10 cooking videos and teaching 2 cooking classes within 2 days. My feet felt like I was standing on a cat brush after standing for 12 hours straight. I don’t know how chefs do it. I’m investing in crocs for the next time I go out there. Heeled boots are just a terrible idea.

I did get to eat at one restaurant while I was out there. It is called Lineage. It was awesoooooome. I ate so much that night. I even ate some gluten. I felt like a mammoth the next day because of it, but it was totally worth it. I ate oysters for the first time, followed by cauliflower soup, then a steak burger and fries, then banana cream pie. It was real intense. I’m not used to consuming that much food, especially when it includes some gluten. I felt so naughty.

But coming back to Denver was the hardest part. Let me explain why. It was interesting. So picture this:

I was in the isle seat, minding my own business before the flight took off, but the man who sat on my right demanded my attention with his truly outlandish body odor. This is what I don’t understand. How does a man that obviously refuses to put on deodorant or shower, get away with having a wife? Seriously. If you smell like burning chipotle peppers and burnt firewood, mixed with burning hair, you need to get yourself together. Like, really. No one should smell like that. And if you know they do, be a pal. Bathe them. Or at least let them know that they smell like a hobbit.

Speaking of hobbits and uncomfortable situations on planes, I found a winner. This man spent a good 10 minutes in the bathroom before we took off and as soon as he walked out, he was sniffling and wiping his nose. Me, being the incredibly pessimistic person about other humans, automatically thought…he’s doing cocaine, for sure. Well, not to toot my own pessimistic horn, but I was right. As soon as the plan took off, he came trotting down the isle, barefoot which makes it even better, unrolling a couple tightly rolled $20 bills. After he spent a while in the toilet, he came out with a tissue stuck up his nose, moving at a brisk pace with his dirty hobbit feet.

Ok, so I get it. People do drugs, while barefoot. It’s their own life, I know I know. But bro, you’re in a public airplane bathroom. Where people are at a high altitude and probably sh*tting themselves in there. Not probably, definitely. And you’re snorting chemical products off the poop particle counter? While getting poop particales in between your toes? I mean, really? You’re gross. Like, holysh*tyouaregoingtodiealone gross. Even more gross than the man who smelled like hells rotting milk who was sitting next to me. And that’s saying something.

That was my experience home, and even though my flight was early, I was in a funk all night. My expensive but extremely friendly cab driver couldn’t even help me. I just couldn’t wash that smell off of me. Or drink away the cat brush needles poking into my feet. Believe me, I tried. Kim Crawford Sauvignon Blanc and even a candied bacon bloody mary couldn’t save me. Only sleep. I’m going to try do that a lot this week. And cook lots for you!

I think I’m going to go to Boston again in probably a few months. Hopefully hobbits won’t be on that flight.

41 thoughts on “Cooking in Boston”