I’m unsure why people are still insisting on trying to tell me that they don’t like my fashion posts. I don’t like pictures of people’s children taking a dump on the potty for the first time, but I do not tell them that. I mean, they’re children will hate them for it later so what’s the point in posting my own frustration? But since these people’s days have been so rattled by my lululemon scarf, I kindly tell them that they are an idiot and should be consumed more in their own life than mine, but in a very kind, classy way. You know, because I’m so classy. But what upsets me the most, other than poopy children, is that people are never kind enough to write back. They voice their opinion but are suddenly startled when I lay the heat down. What does that even mean? Who knows. It just means they are the worst kind of humans. Stick up for yourselves, people. I just back handed your face, serve it back!

So I pretty much want to wear fake lashes every day of my life. Like, so bad. They are so great. And make my little beady animal eyes look much larger. It’s a miraculous lie. Below are my fake lashes. They say nice to meet you. This is an outfit I wore to Butterjoint in Pittsburgh after cooking too many recipes in a week. This dress is the most comfortable dress ever. And it’s longer so it’s more conservative for you conservative folk out there. I’m obviously not usually one of those people. 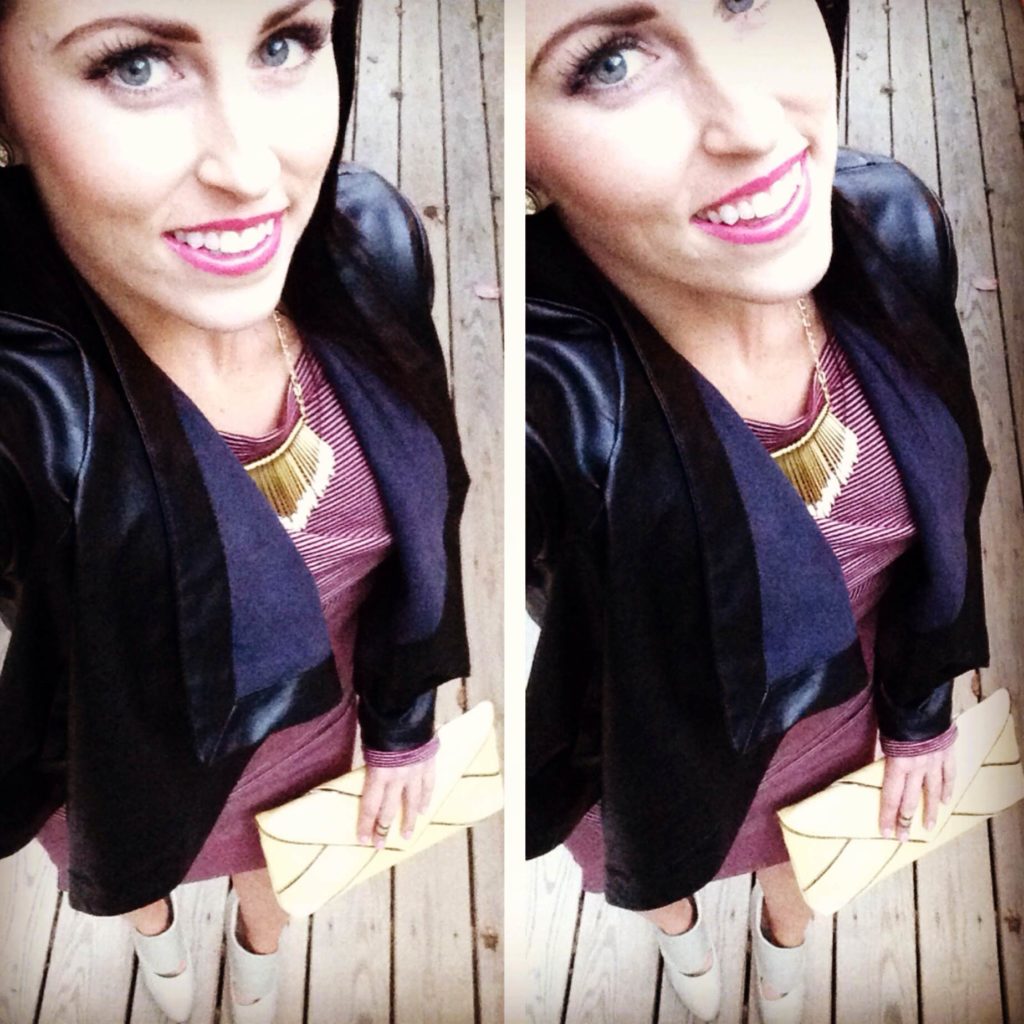 This outfit was one of my casual outfits I wore in Pittsburgh when we decided to do a little night shopping in Monroeville. I think it was Monroeville. I really never know where I am out there, but I bought some workout clothes at the Gap! Love their stuff! Anywho, if you haven’t noticed, I REALLY love scarfs. Especially vinyasa scarfs. They are the best from fall into winter. 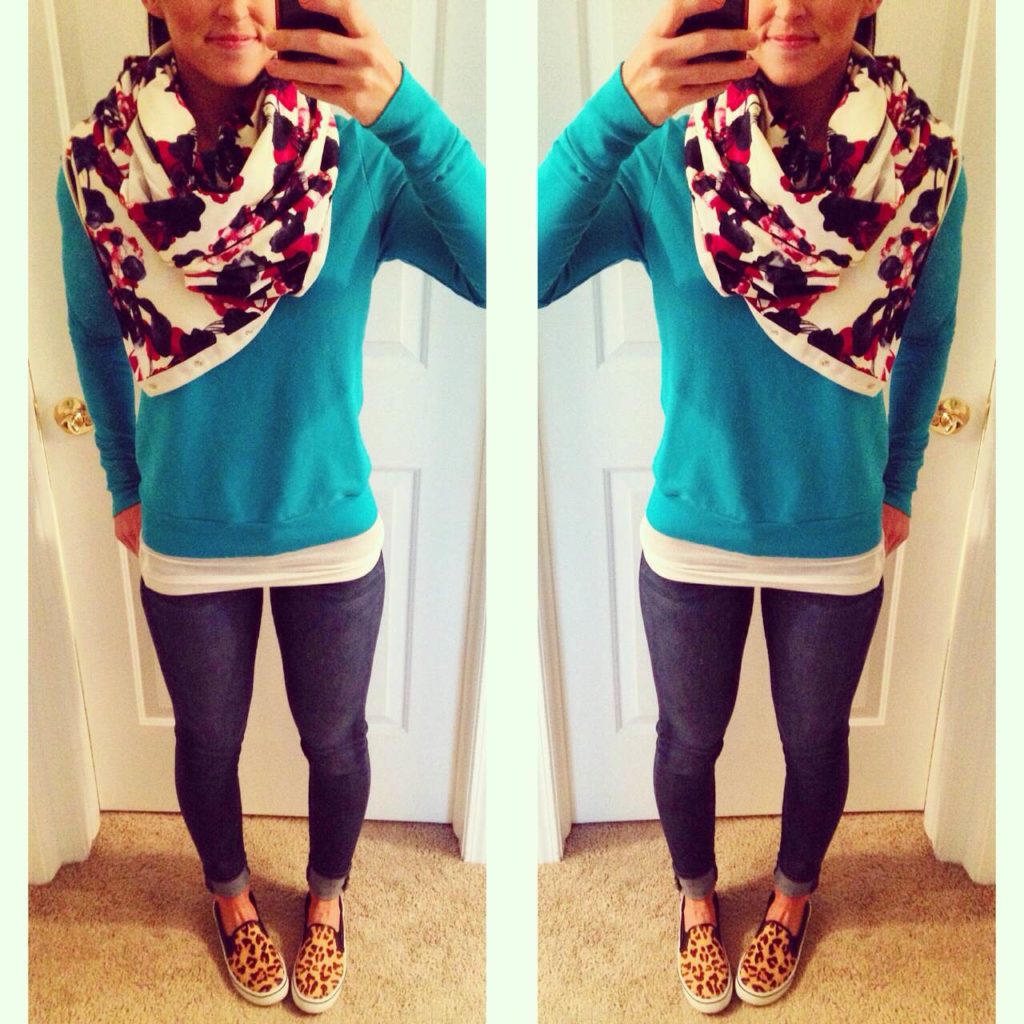 This outfit means nothing to you, BUT TO ME it was a super exciting outfit because it was the outfit I was wearing on my way home back to Colorado. So it was a travel outfit. I wore a pair of booties hoping my suitcase would miraculously weigh less than 50 pounds. It still didn’t, it was 53 pounds. So I ended up carrying my straightener and curling iron around the airport and while flying. Such fun. 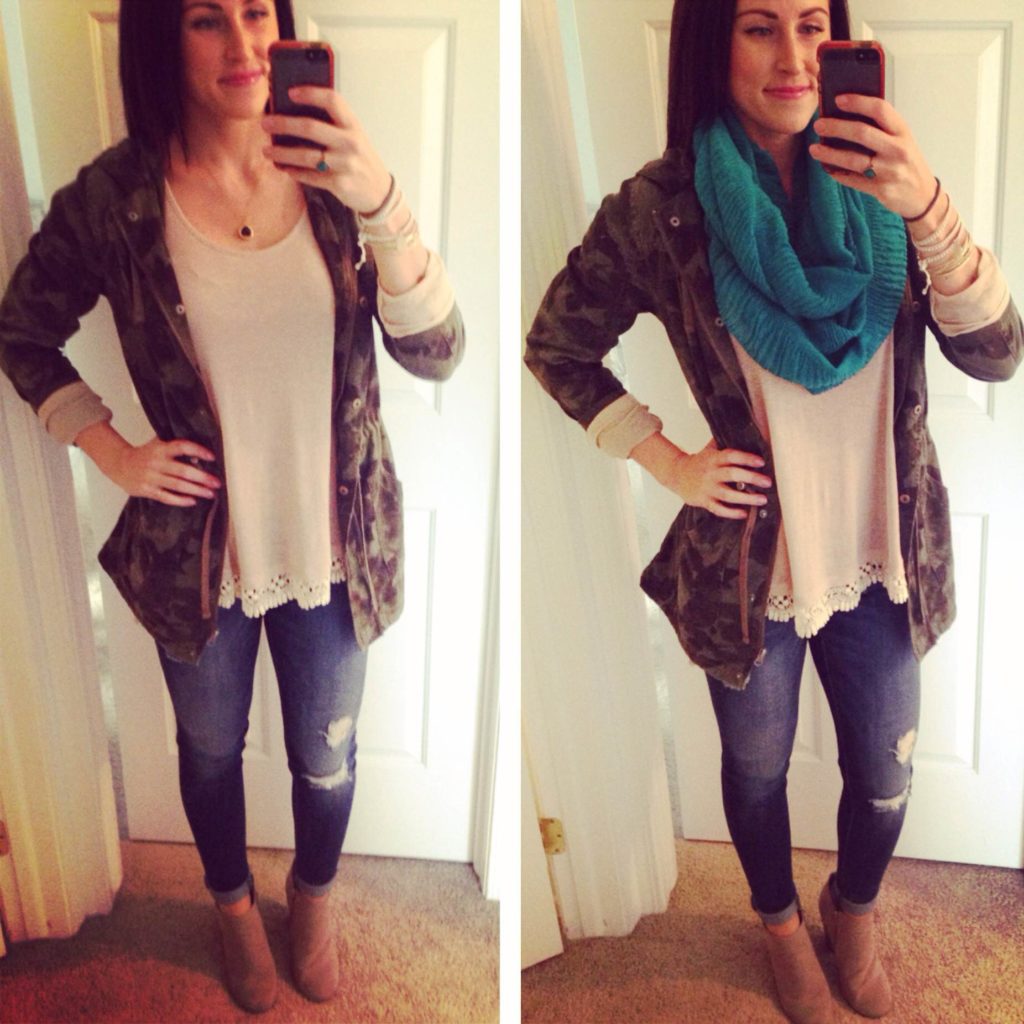 Random outfit day in Pittsburgh! These pants are seriously the most comfortable ever. I really wish I could find them online for you, but I’ll keep looking because you deserve to find them. It’s hard to see in the pics but they kind of puff out in the hips which is a look I personally love. Not everyone loves making their hips look larger, but I kind of dig it. I’m weird like that. 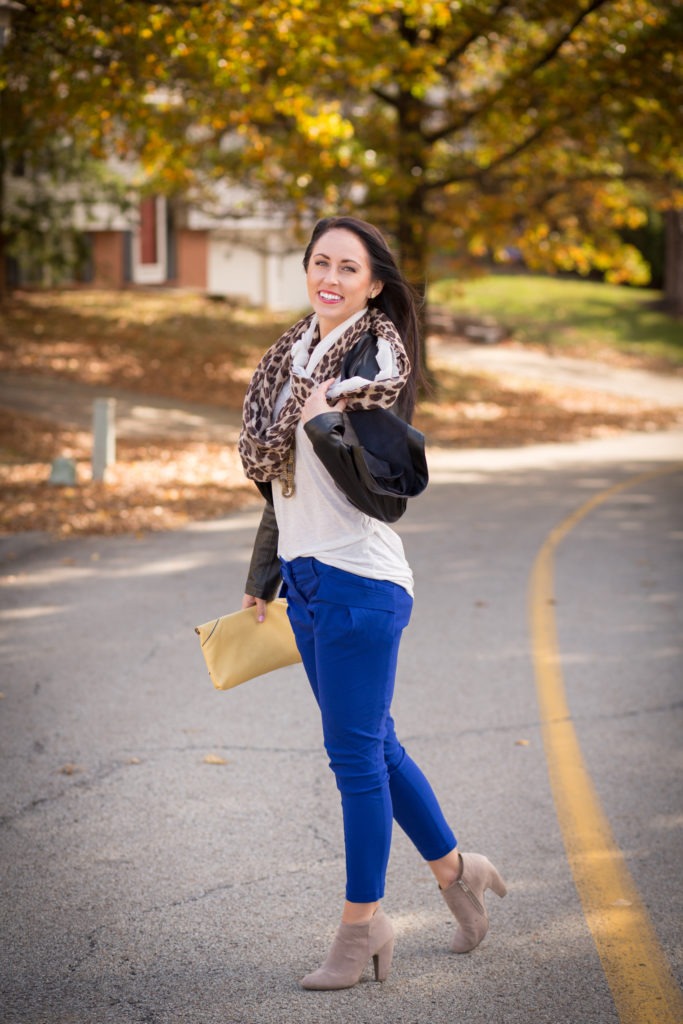 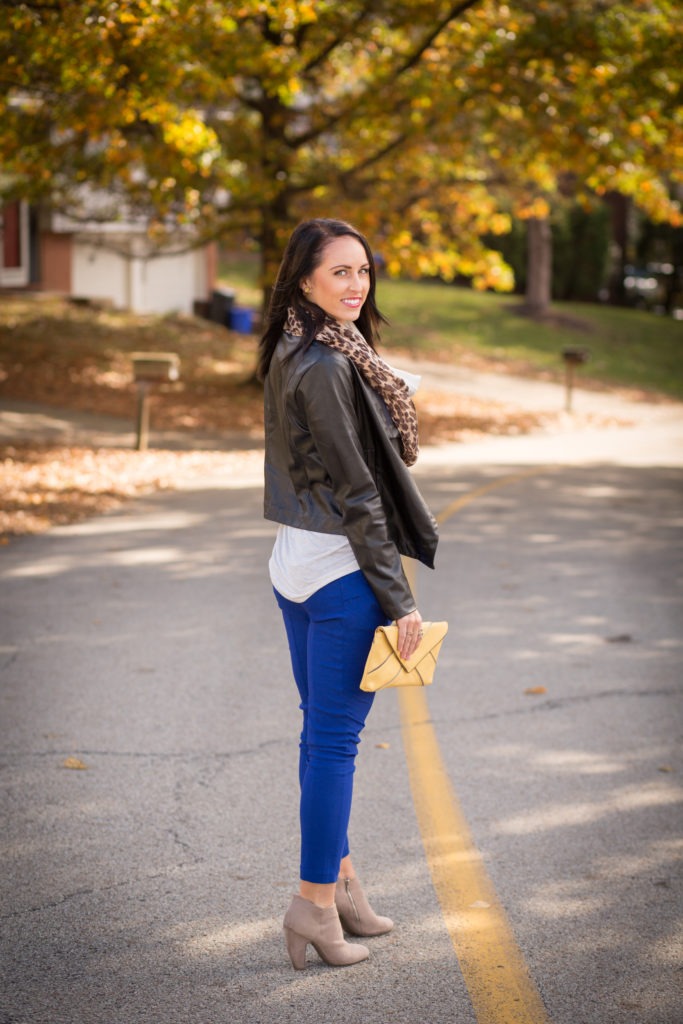 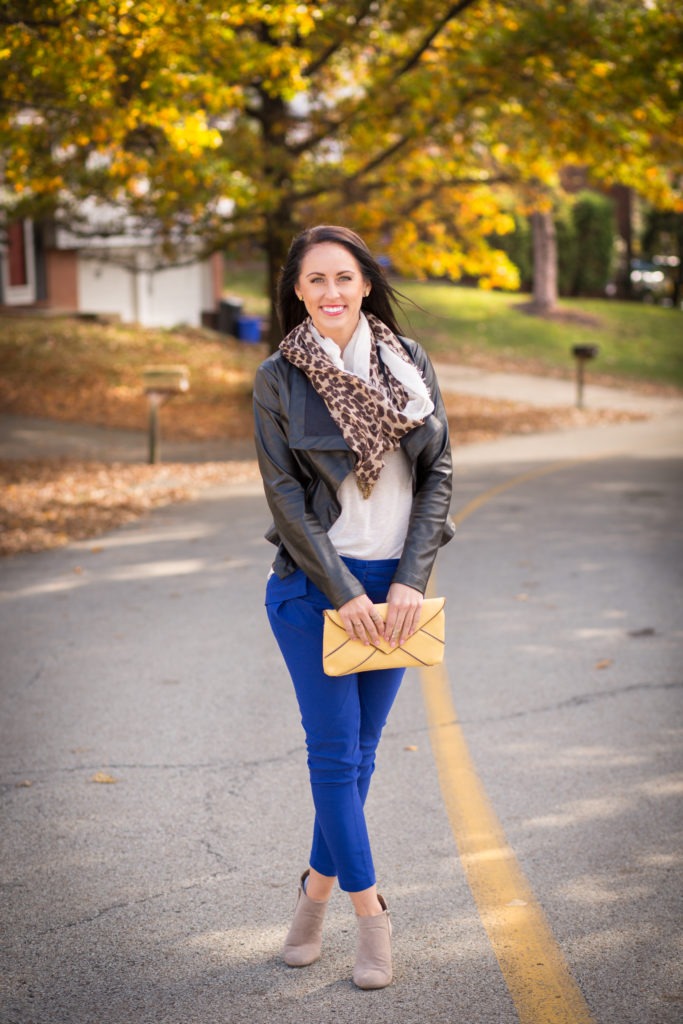 Last but not least, another casual and comfy fall outfit. Yet ANOTHER vinyasa scarf. Why am I so obsessed with scarfs?  People keep asking me why I wear my vinyasa scarf. Here’s the deal: I have no idea. I wrap it, fluff it, pull at it and hope that it looks natural. There’s just no method to my madness. 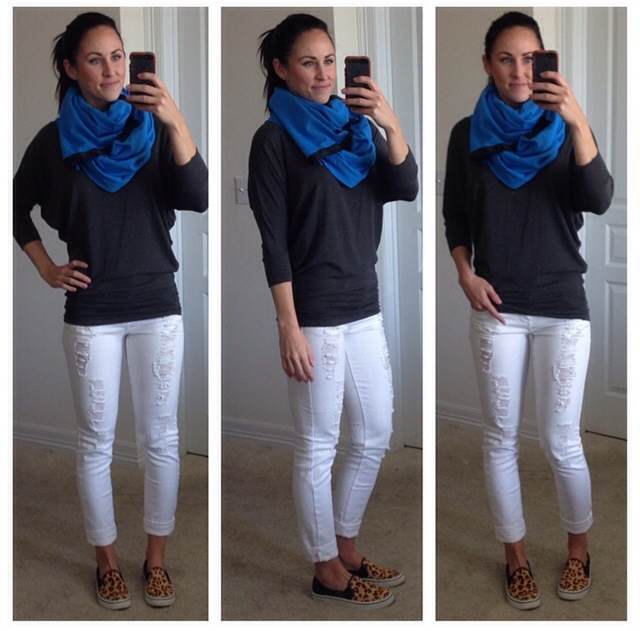 { Dark grey shirt from Hailee Grace for $35 | Black and Blue Vinyasa Scarf from Lululemon for $58 | STS Blue Destroyed Slim Boyfriend Jeans, in white for $54 in the Juniors of Nordstrom – similar pair here and here | Dolce Vita leopard flats from Nordstrom Rack for $40 }

73 thoughts on “This Week’s PaleOMG Fashion”