Two Small Businesses That Are Changing Denver For The Better 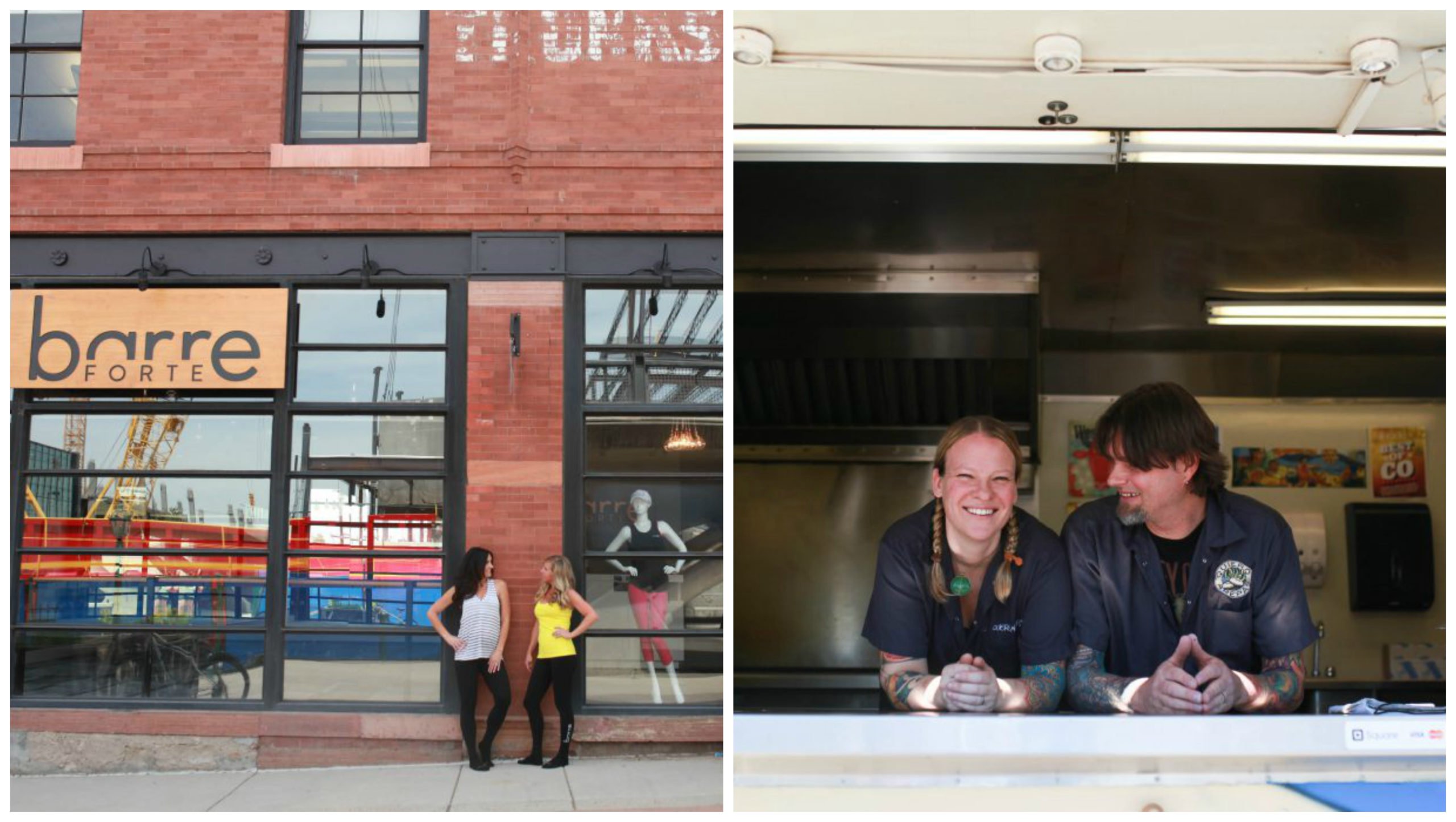 I am a Colorado native who refuses to leave Denver because of the 300 days of sunshine and the population of outdoor enthusiasts that surrounds it. We pride ourselves in the hard work we put into our exercise routine during the week, and the outdoor activities we are able to conquer over the weekend. When my good friends, Sarah and Amy, who are also Colorado natives, opened up their first barre studio, I could not wait to try it.

Both Amy and Sarah grew up playing sports, but their love for the outdoors pulled them into long distance running. Together Sarah and Amy have run over 50 marathons and have competed in countless other races, including the famous Leadville 100 Trail Run, a 100-mile ultramarathon, where they first met. Amy explains ultramarathon races as, “a form of exhaustion and satisfaction that is really hard to describe. It’s crazy, and awesome.” 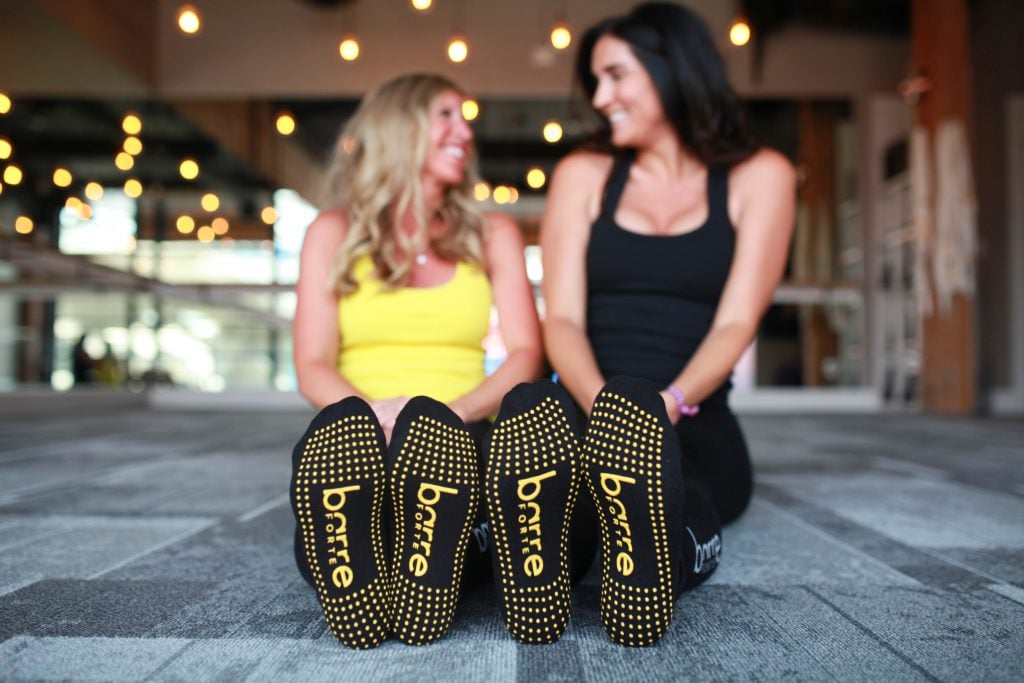 While training for ultramarathons, Sarah began taking barre classes to work on the aches and pains that came with her tough training. Once she started barre, she never looked back. The classes not only improved her performance, but they changed her physique as well. Sarah explains barre as, “a very humbling workout” and after trying it myself, I can definitely agree. 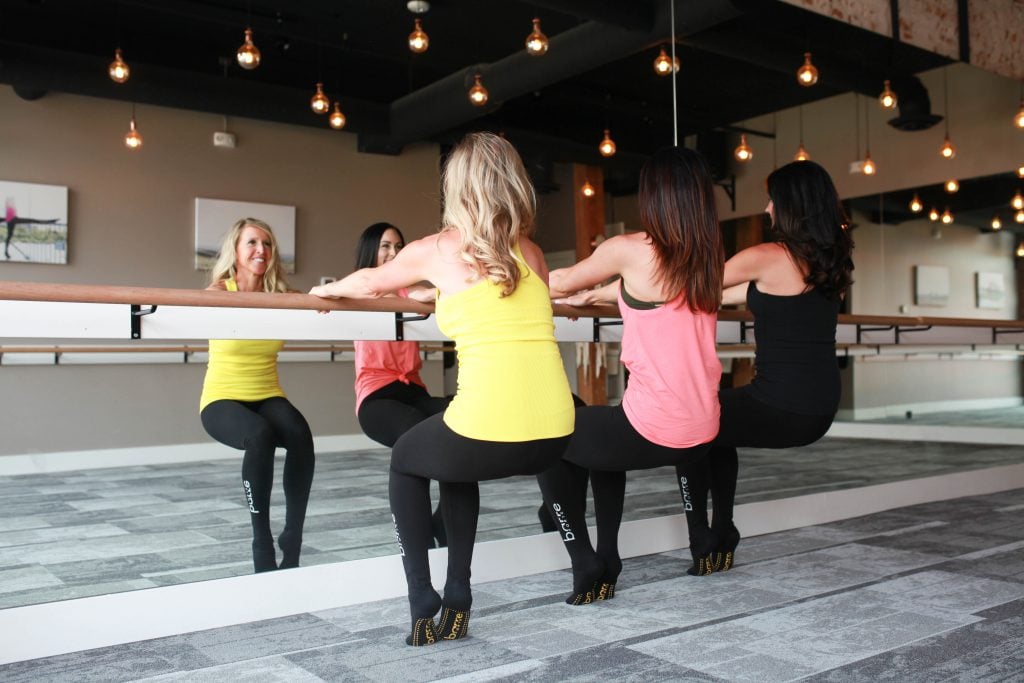 In 2016, Sarah and Amy decided to quit their jobs and open Barre Forte LoHi, their first studio in the buzzing neighborhood of LoHi. What I love about their studio is that they pay close attention to not only the beautiful décor, but also the people who walk in every day. Each visit, you’re welcomed by a clean space, a friendly face, and an incredibly tough workout. Barre Forte LoHi has continued to grow throughout the past year because these two women are so incredibly passionate about fitness and bringing new light to an exercise routine anyone can do! 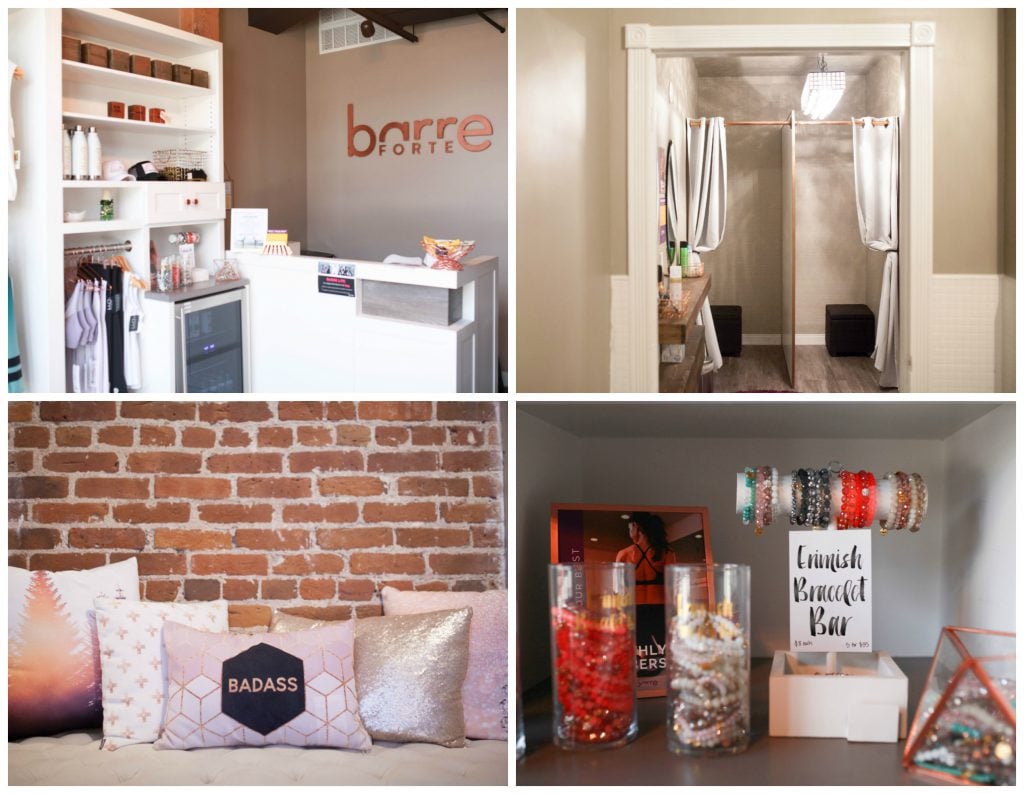 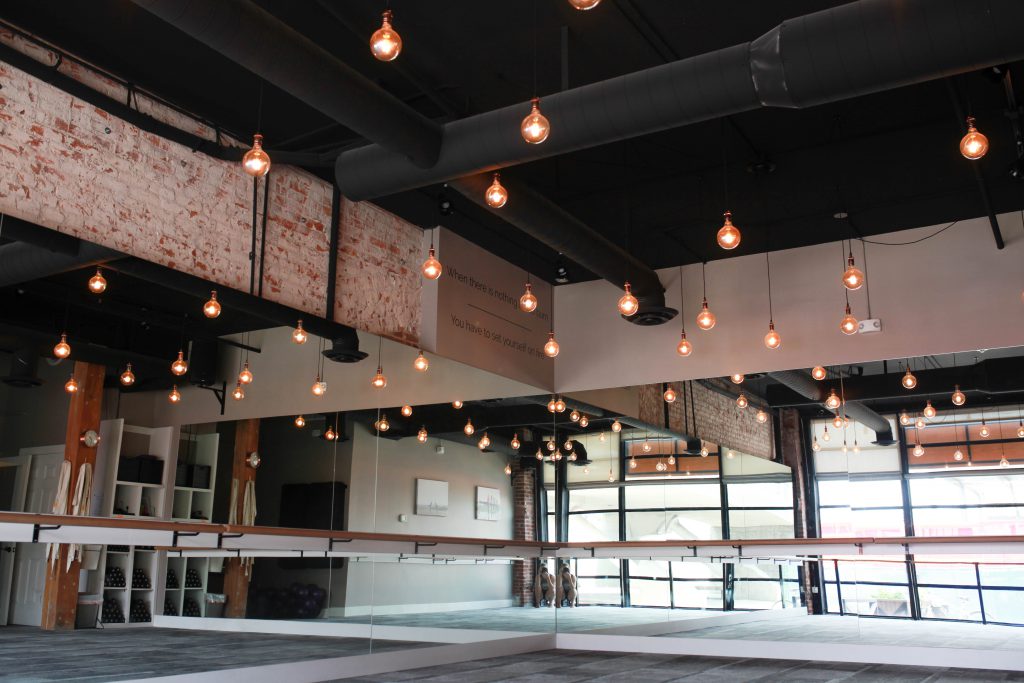 Their first studio has done so well and has already changed so many lives that Amy and Sarah are working on opening their next studio in early 2018 with a brand new fitness concept, incorporating their two passions —running and barre — into one workout! Barre Forte LoHi continues to grow because of their own hard work and perseverance, and American Express has given them the tools to continue to grow. Amy says, “Their support for small businesses with Small Business Saturday has been huge for Barre Forte LoHi.” Did you know that over 19,000 places in the Denver area started accepting American Express Cards in 2016? Barre Forte LoHi is one of those businesses! This makes life so much easier since I’m a card member myself. I cannot wait to see what big things these two women do next! 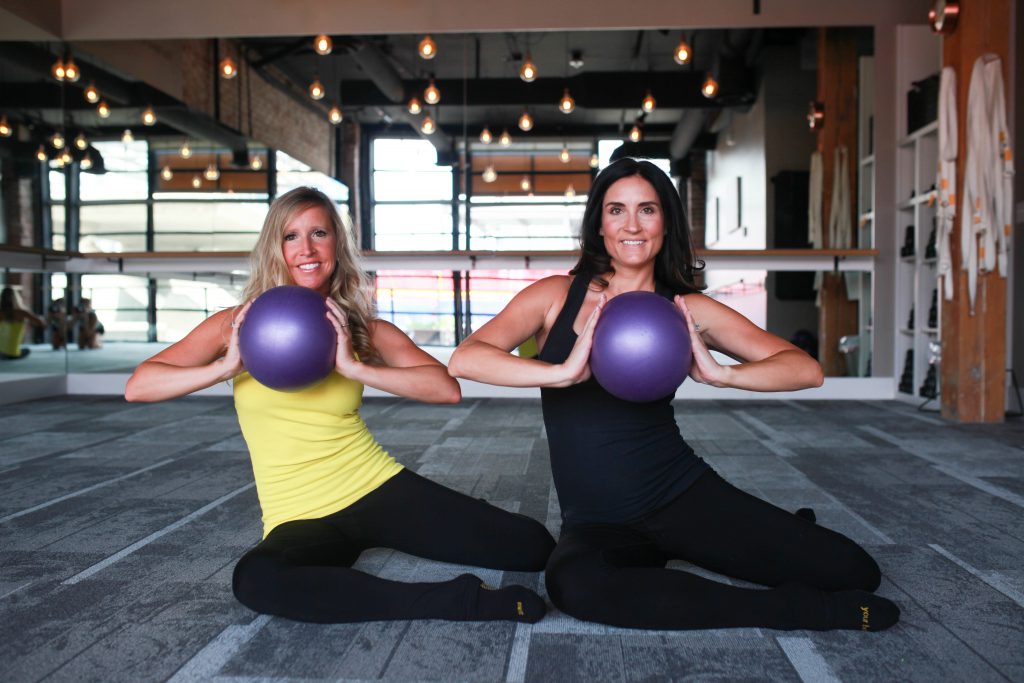 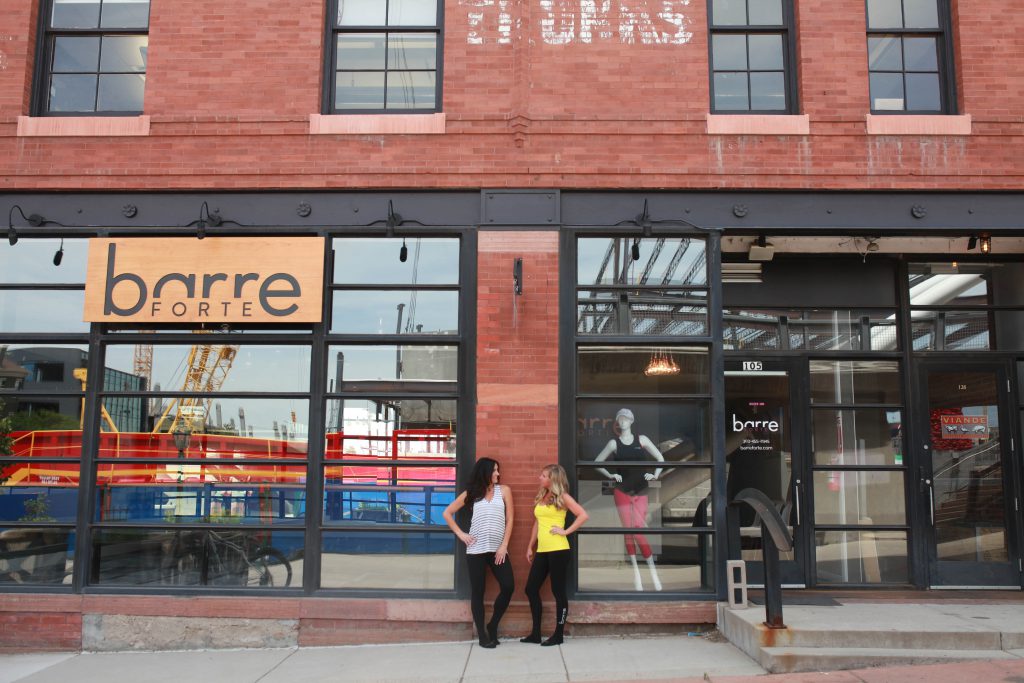 My true passion and love has always been with food, but all food hasn’t always loved me. I grew up with constant stomach pains, and it wasn’t until I cut out gluten that I found relief from the aches that plagued me. When I became gluten-free, I found it pretty hard to eat out until one day, when I ran into Quiero Arepas food truck while walking around at the local farmers market. 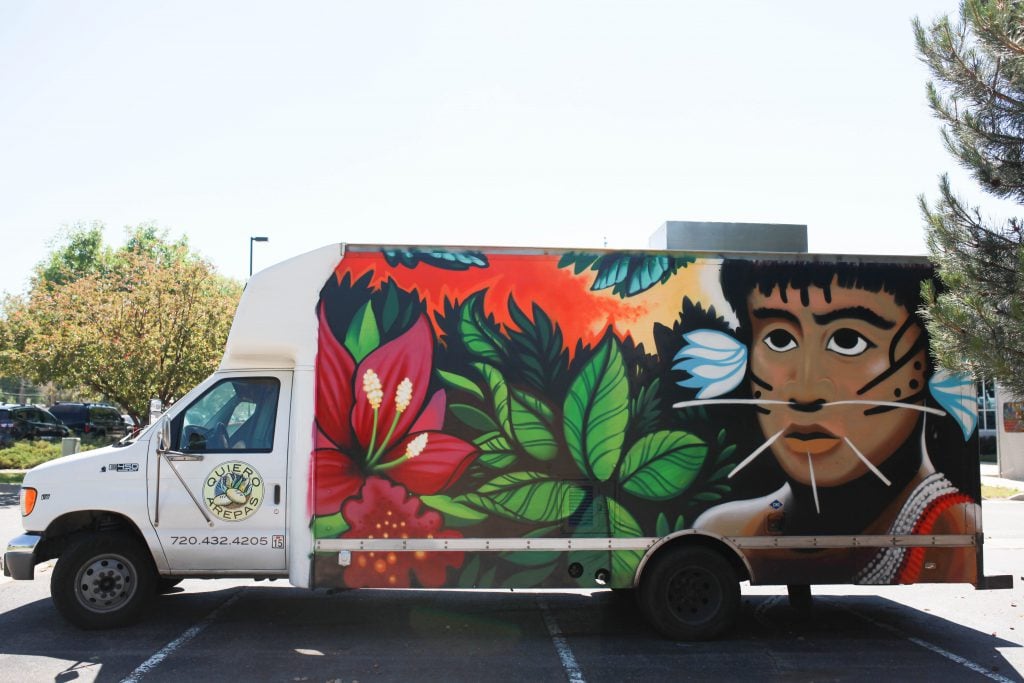 In short, a Venezuelan arepa is bread made from masa, water and salt which is grilled then cut open and stuffed with an array of ingredients and eaten just like a sandwich. My favorites from Quiero Arepas are the Reina Pepiada and the Pabellón. Once I took my first bite of an arepa, I was hooked. I was constantly stalking where the food truck would be next and because of that quickly became friends with the owners, Beckie and Igor. 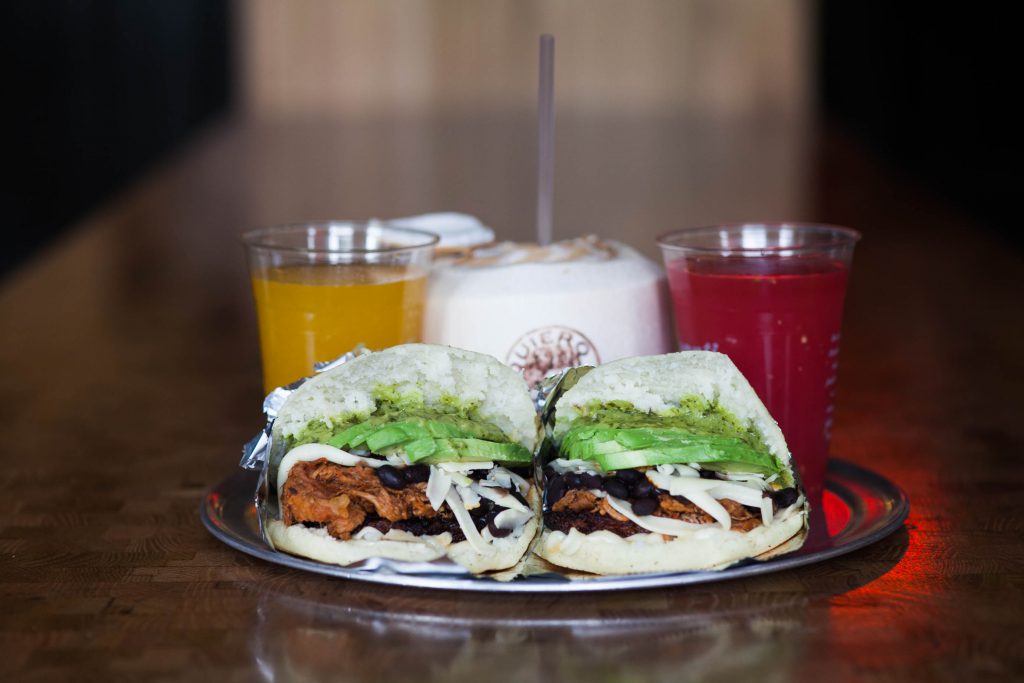 Igor is originally from Venezuela, where he grew up playing soccer and getting arepas and fruit smoothies after his games. Once Igor moved to the states and met Beckie, their love for cooking together grew. Beckie explains, “Our main goal was to spend as much time as we possibly could together since it had taken so long to find each other.” So they started Quiero Arepas at the local farmers market, which grew into a gluten-free food truck and then into a restaurant inside Avanti, a collective space with six other restaurant concepts. 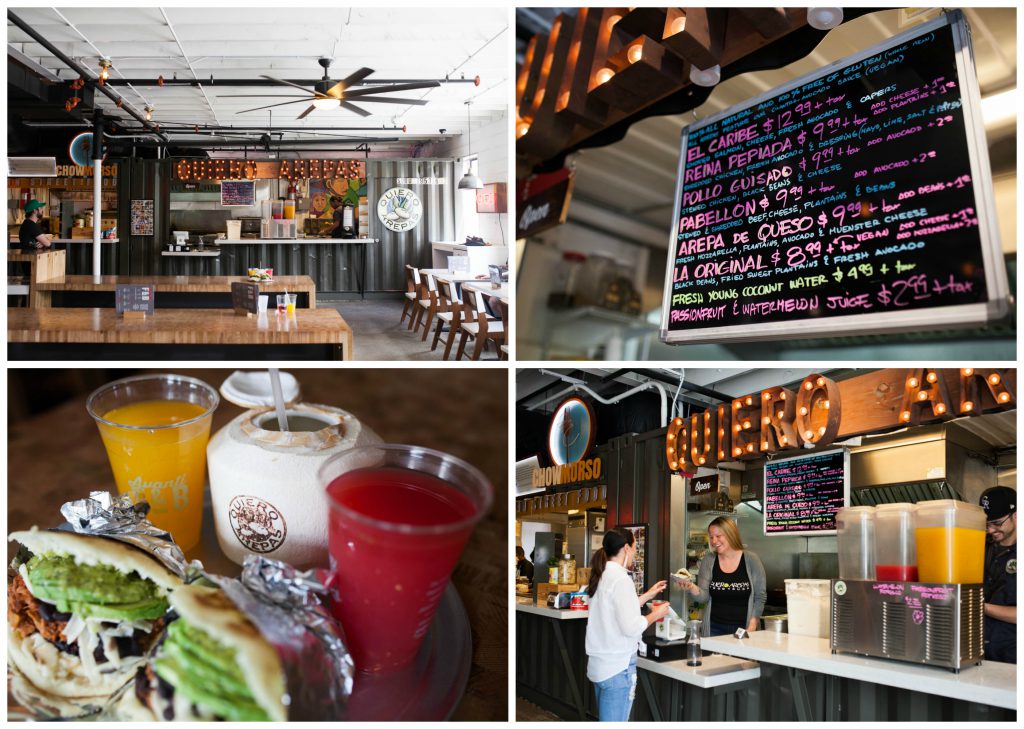 For Beckie and Igor, starting their own small business has led to a happier life together. Igor says, “I never thought that at this point in my life that I’d be living such an awesome life.” And since Quiero Arepas accepts American Express, they have been able to serve even more customers and continue to grow their business. Did you know that over 1,600 restaurant locations in Denver started accepting American Express in the last year?

Igor says, “The food scene here in Denver is so incredible compared to the rest of the country. We are a city at the forefront of a fast-casual food movement.” And he is right. Denver’s food scene continues to grow and so will Quiero Arepas. The day they open their own brick and mortar, I will be salivating at the door waiting for the OPEN sign to light up! 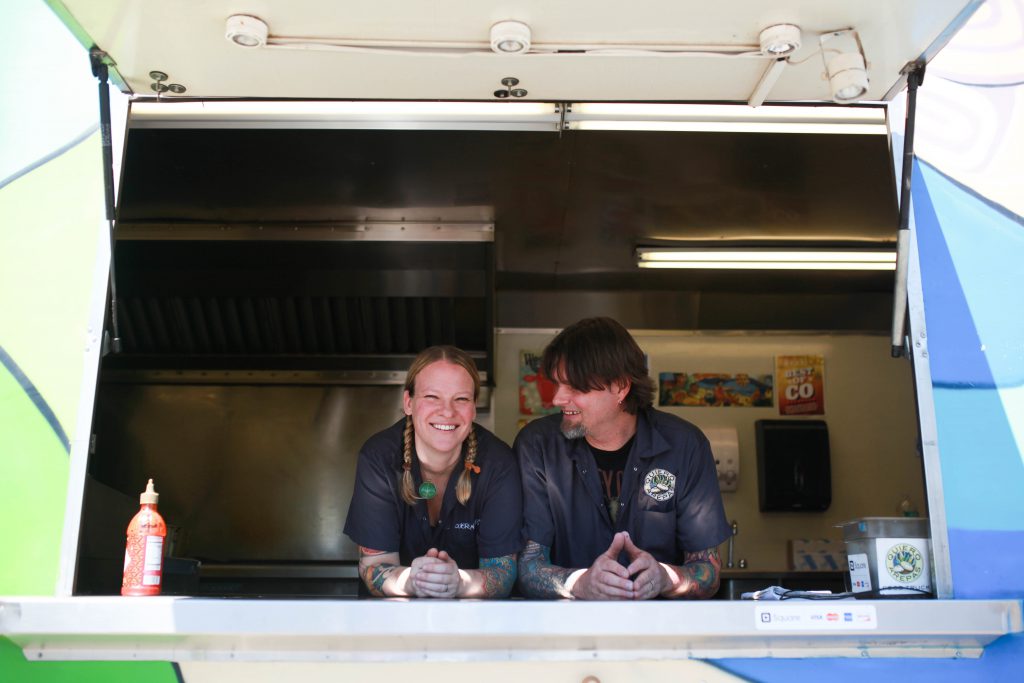 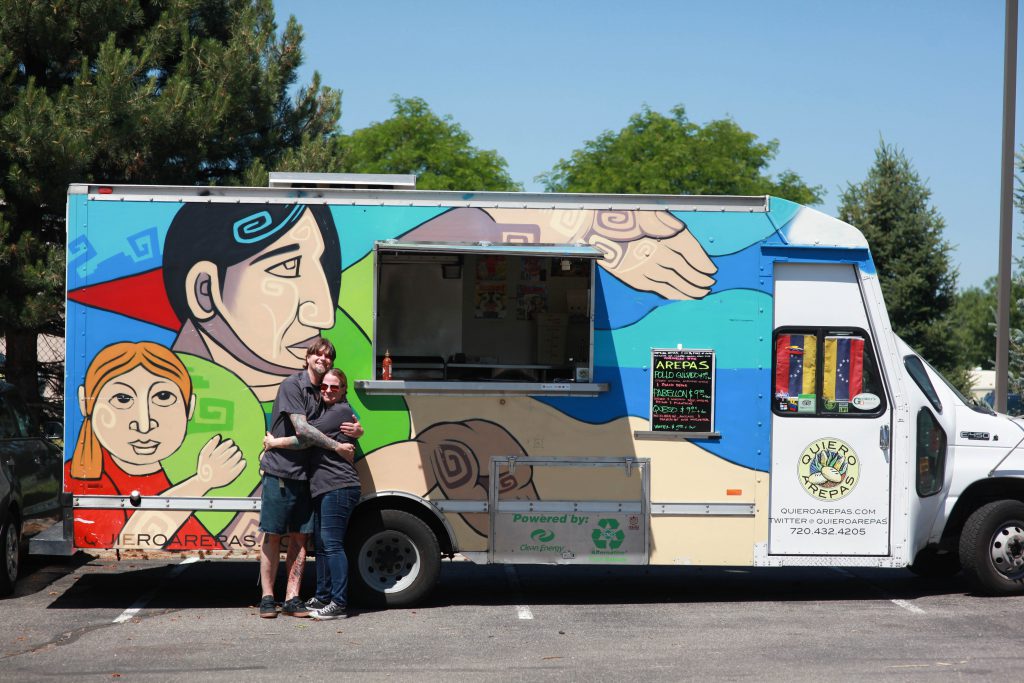 This post is sponsored by American Express, but all opinions are my own. Special thanks to Barre Forte LoHi and Quiero Arepas for taking the time to sit down and chat with me about their businesses.