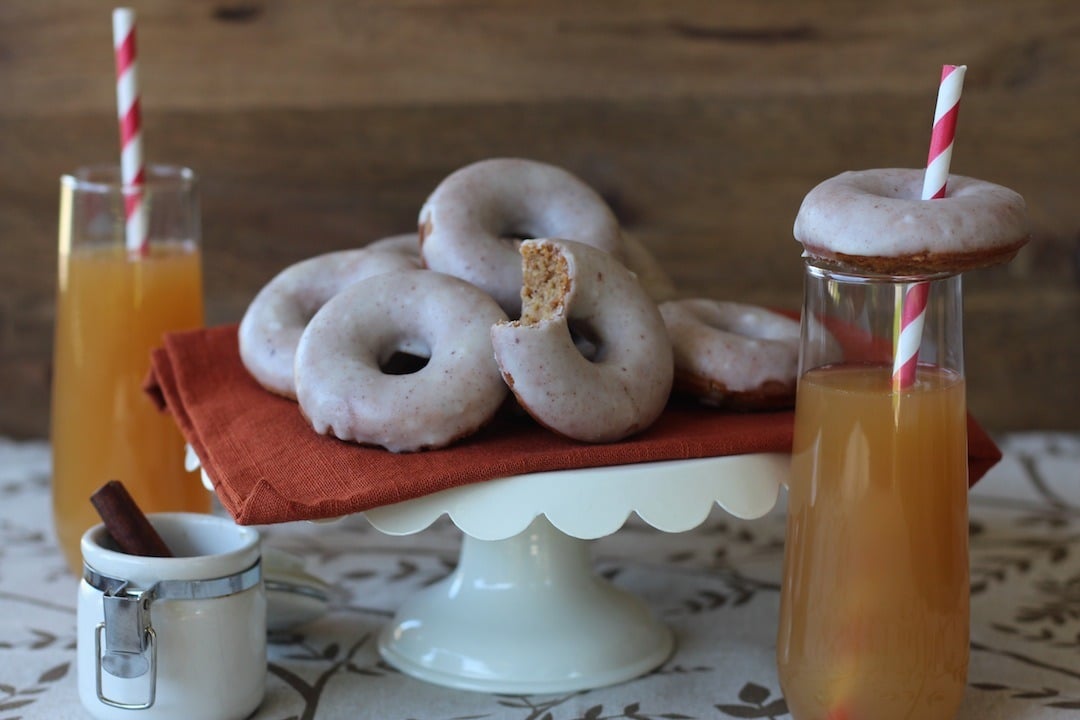 OMG. Before I forget, don’t miss out on the Harvest your Health Bundle Sale (No longer available). It has 71 ebooks for only $37 (a $1000 value). The ebooks include paleo ebooks, fertility and pregnancy ebooks, fitness ebooks, discounts and online magazine subscriptions. You won’t find this kind of deal anywhere else. Click here to find out more about the bundle sale!! You only have a couple days left!

Ok, so if you don’t have a mini donut maker, please go purchase one. Just do it. I promise I only tell you to buy stuff that I really love. And a donut maker has become my new lover. It’s fall, it’s cold, and I don’t want to go out as much. That’s kind of a lie, but whatever. So I’m spending more of my days making paleo donuts. Then going out for drinks at night. Why not? Fall means apple cider. And pie. And crumble. So why not have an apple cider donut that you can dip into your cider, pie or crumble. Say whaaaaa? You feel me. I know you do.

I did something naughty that I don’t think I have done in probably 3 solid years. I ate some real live, gluten filled pizza the other night. I haven’t done that in forever but I was at a friend’s house and it was there, staring at me. Whenever I drink, I usually go home and either pass out and make some kind of paleo meal/treat/snack. Even though my brain is foggy, I can still understand that I don’t want my stomach to be in knots the next morning, so I don’t even think about pizza. But I did this time. Sergio ordered it, the bastard, and I so happily dug in. I think I had 2 pieces, but it could have been more. Thankfully, I did not feel sick the next morning. Fat? Yes. But that could be due in part to the bottle of champagne I consumed, as well. Oh Saturday nights, you slay me.

Oh. I also lost my phone in a cab and called it until someone answered, then begged the cab driver to bring it to me. I then gave him a handful of cash for doing so. Based on what I had in my purse that night, I gave him $25-$60. We will never know.

You wanna know a secret? As I type this, I’m flying somewhere. Actually, I’m flying to Pittsburgh to visit Bill and Hayley from Primal Palate. So it’s really not a secret. I almost just wrote Billy, like a concoction of their two names together. I’m guessing they wouldn’t be cool with that nickname. Anywho, as I’m flying, all I can think about is the breakfast I packed to take with me. But once I got to the Denver airport and realized I had a 3 hour layover in Minneapolis, I decided that I should probably wait to chow down until I got to Minneapolis to eat my breakfast/lunch. That way I’m killing two birds with one stone. What an angry analogy. And I also thought it would be more thoughtful to not open a container of food in the cesspool airplane. Germs get on your food, people think your food smells like poop because they’re not eating it, then people think someone pooped themselves, then moms start freaking out that they have to change their child’s diaper in that awful, stupid small bathroom, and everyone looks at the mother in disgust. Not really, but all of that definitely did just play out in my brain. Visualizing on airplanes is fun. And exhausting.

I’ve never been to Pittsburgh, so I don’t really know what to expect other than a giant rubber ducky, but at least YOU can expect an update blog post about it by the end of this week. Phew. I’m sure you were worried. Then you’ll know how I really feel. I plan on taking pictures of most of the food I shove in my face. And the people I’m around. And Bill and Hayley’s shih tzu. I love those dogs. My parents have two so I automatically love them.

Oh. I dropped my phone in the toilet. Thankfully, it had already been flushed. Damn my clumsiness. Damn it to hell. I’m thinking there might be less pictures in my update blog post. Shame.

*I used the self grind almond butter from whole foods for this recipe, which is not very oily. Keep that in mind with what almond butter you purchase since it could change the consistency of the donut batter.
**This recipe doesn’t seem to cook correctly with a normal donut pan. It needs heat on both sides. 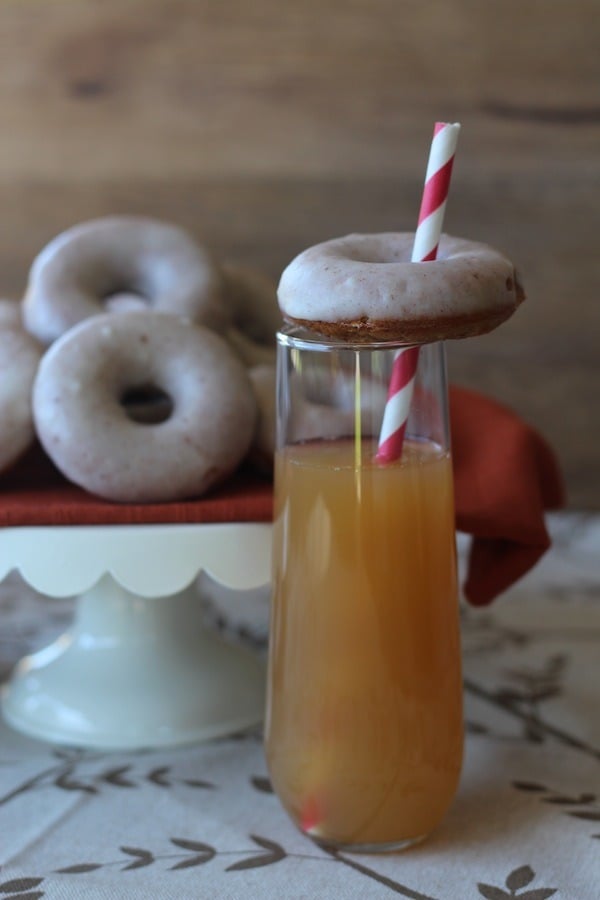 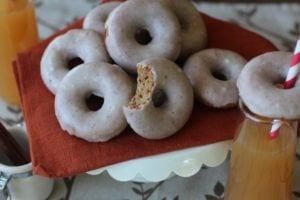 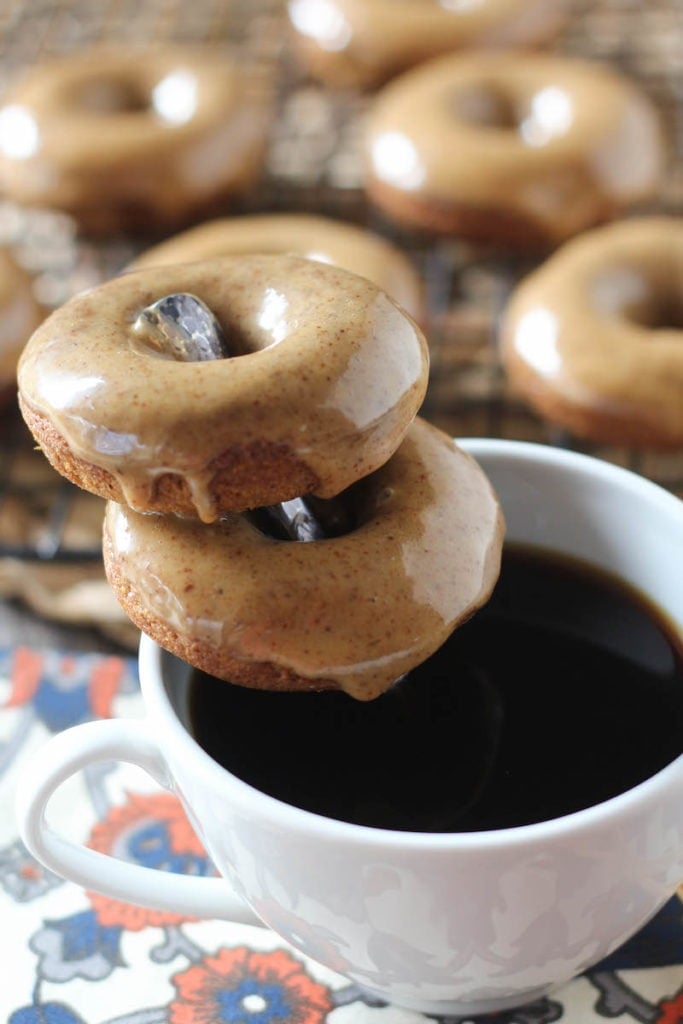 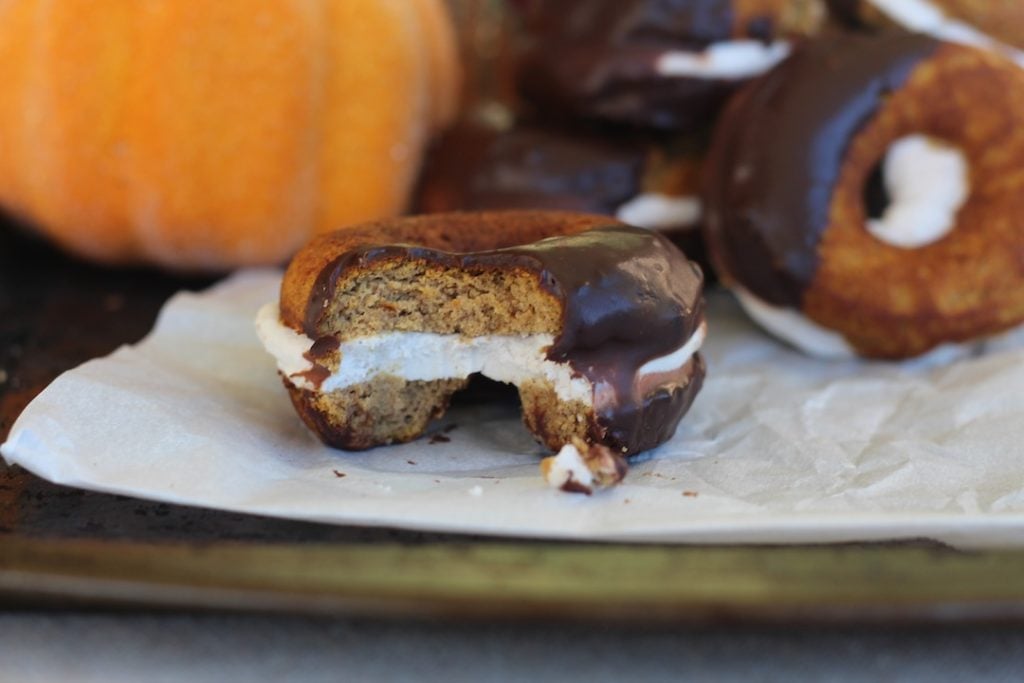