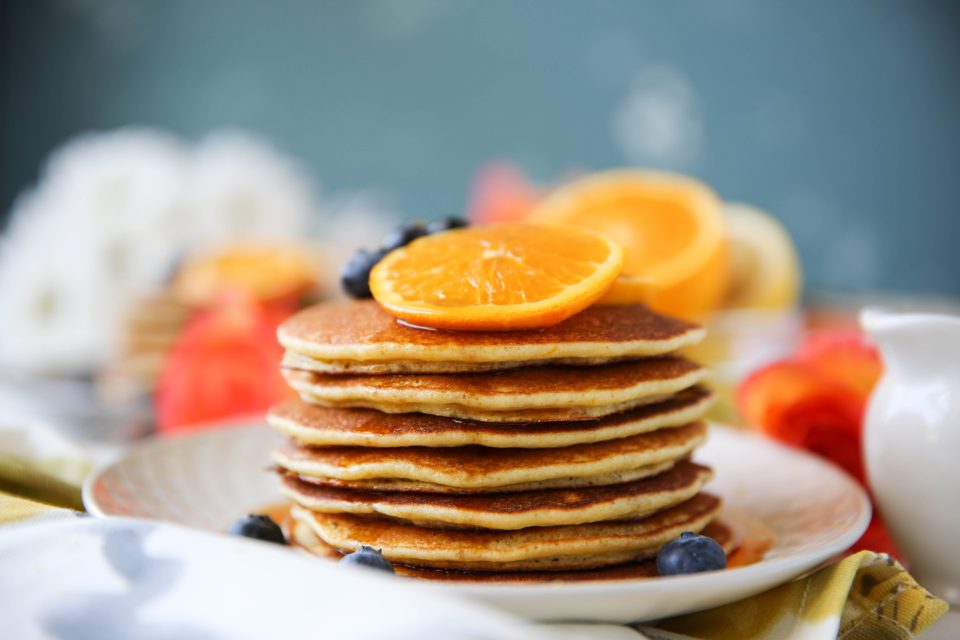 Before I get started with this weeks Bachelorette recap, can we please take a moment to really soak up how lovely these pancakes look?! They are fluffy, flavorful and the perfect summer weekend treat. I love them so much! And this video shows you exactly how easy they are to make!

Now to the good stuff. Last nights episode of the Bachelorette! It kicks off with Becca having deep chats with Chris Harrison but since the show only uses Chris as filler, I fast forwarded through all of it. You know all Chris is thinking about is his golf game, so what’s the point? Then it turns to Blake who says that he’s no longer falling for Becca, he’s actually in LOVE with her. They’ve been on one real date at this point. Blake is strictly business. He knows how this show is suppose to come together and he’s wasting no time with the end goal. It’s quite overwhelming, even though he’s still my favorite.

The episode starts with Colton getting the first one-on-one date. Here’s the thing about Colton – Becca is super into him for one reason and one reason alone…he’s hot AF. And she mentions it 3789310 times throughout her date. Nothing about him being kind or intelligent or caring, nope, it’s strictly how attractive he is. At one point, she describes him as a Greek God. Little does she know that she will find out later that he’s still a virgin and act completely appalled by it. Anywho, they go sailing and conk fishing. And in the conk, you can pull out some slimy weiner type thing and eat it. That’s exactly what they do. It made my stomach turn. Anything that is phallic-shaped and that slimy should be left in the ocean, in my opinion. Leave it alone. At the end of the date, Colton mentions that he’s still a virgin and Becca has to take a minute to breathe by herself. It was that or she had some bad gas that she needed to pass on her own and the producers passed it off as her being offended by his virginity choices. Either way, she seems stressed out by it. Which I would be too. Taking someone’s virginity at 30 years old is quite the responsibility. And not one that I’m interested in. 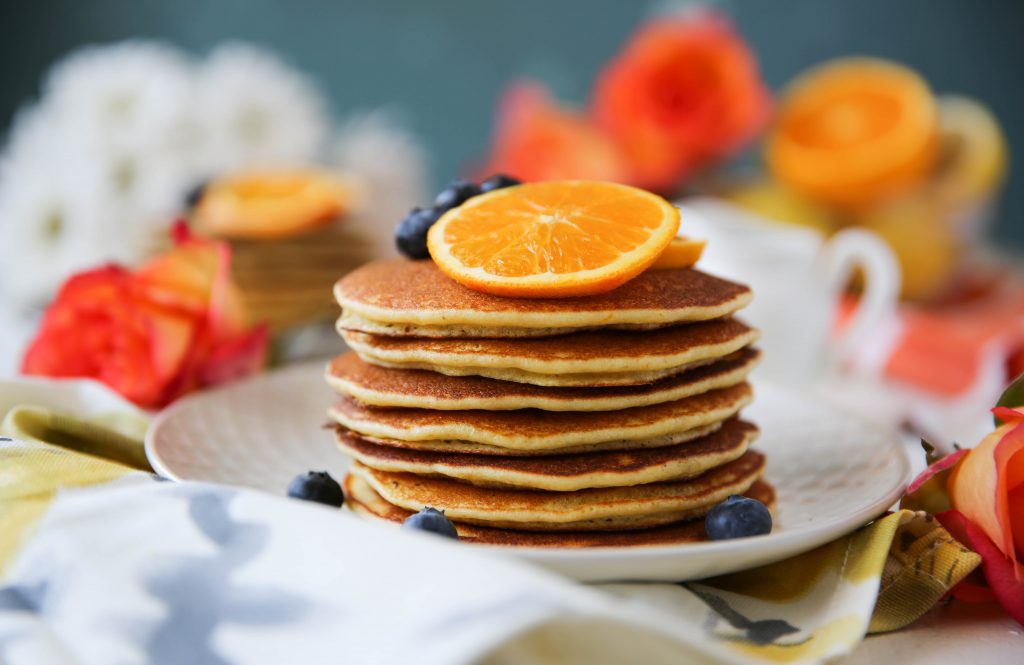 Next date – Garrett. Garrett seems incredibly slow. He’s the guy who came in saying he’s obsessed with Chris Farley, and he honestly talks like Farley does in Tommy Boy. I found out pretty early on that Garrett liked a ton of offensive stuff on instagram posts like ones that mock women, posts about immigrants, and also school shootings. Maybe Trump was using Garrett’s instagram that day? Oh sh*t, things got political. Well, sounds like Garrett is not only a dumb dumb, but he’s an ass ass, too. But Becca is obsessed with him and the way he smiles like an adolescent boy. So I think he will definitely make it to the last two, maybe even the end. They go in a sea plane for the afternoon then out to dinner where Becca sports a long pony with 4,000 extensions in it. That’s probably why they didn’t do a ton on their date – getting those extensions in for dinner must have taken hours. The dinner is spent with Garrett talking badly about his ex-wife. I’m sure she’s LOOOOVING watching this show as Garrett tells the world that she has an anger problem. Supes fun. The date ends with them playing in the ocean in pitch black. No thank you. That’s how you get stung by a jelly fish and have to pee on each other during your romantic date. Garrett is probably into that, though.

The last one-on-one is Blake. Blake is my favorite but I can’t tell if it’s just because he’s from Colorado. That’s probably it. Blake is spiraling at this point, doubting everything with Becca. But he overcompensates with his dance moves and I dig it. I like white guys who dance erratically. It’s so uncommon which makes it quite mesmerizing to watch. Blake finally lets Becca know that he has trouble opening up because his parents got a divorce in high school and his mom was having an affair with his basketball coach. DAMNNNNNN. F*cked up. His mom is gonna be PISSED when she’s sees this episode. But for real, f*cked up. He then goes on to tell Becca that he’s in love with her and Becca tells producers that she feels the same way and wishes she could say it to him. At first this made me believe that Blake wins. But producers like to throw you off and make the main character look like a d*ck, so I’m guessing his doesn’t win. And I’m real sad about it. I haven’t seen or heard any spoilers, but I really hope Blake makes it all the way instead of creepy Garrett. 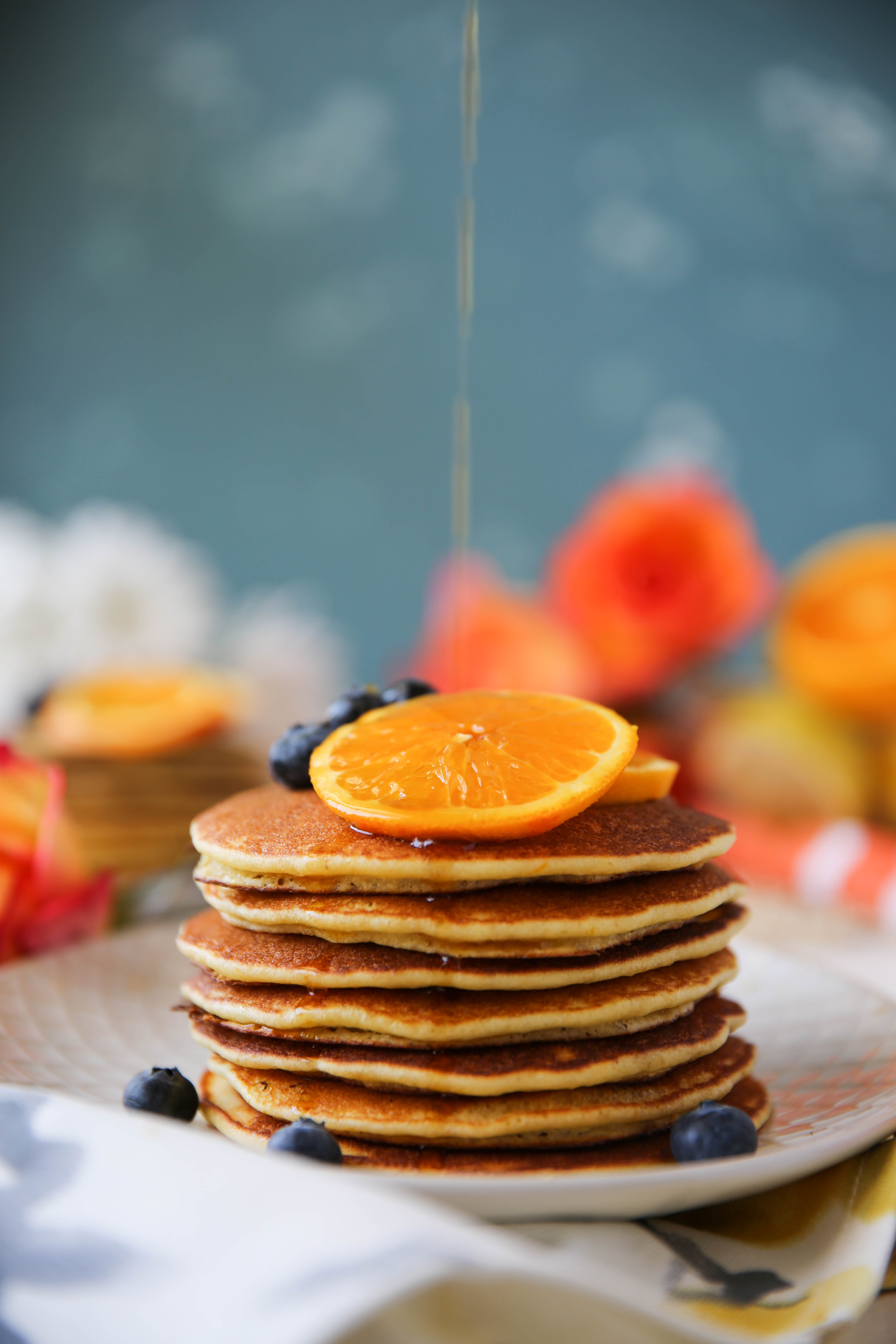 Lastly, it’s Wills, Leo and Jason on a date all together. I knew before they even went on their date that she was going to kick off Leo and Wills. They had no place there. Wills barely opens his eyes when he’s talking so it’s hard to know if he’s just bored with you or exhausted from having to hang out in the Bahamas. And Leo has more hair than Becca. I could never date someone who had more hair than me. I’m pretty sure I’m losing hair for no apparent reason so my envy and hatred for Leo would grow daily. And I’m sure Becca felt the same. All four of them play sand volleyball (my nightmare) then talk with Becca. Leo is scrambling and kissing her as much as possible. So she dumps his ass. Then Wills barely opens his mouth to talk, so she dumps his ass. Which means Jason gets to go to hometown dates. Leo doesn’t seem that sad probably because he has his stuntman and soft porn career to go back to. But Wills is destroyed and he finally shows emotion for the first time the entire season. He cries a lot. It’s quite upsetting. I liked Wills. He seems chill AF.

So now we are down to Colton, Jason, Garrett and Blake. I think Colton goes home next. Then Jason. Then I think Garrett wins. But not to worry, Blake is probably getting 1000 DMs a day at this point and getting hit on daily at Orange Theory here in Denver. He’ll be fine. Who do YOU think wins? Don’t tell me any spoilers, please! I’ve worked hard to not find out spoilers this year. 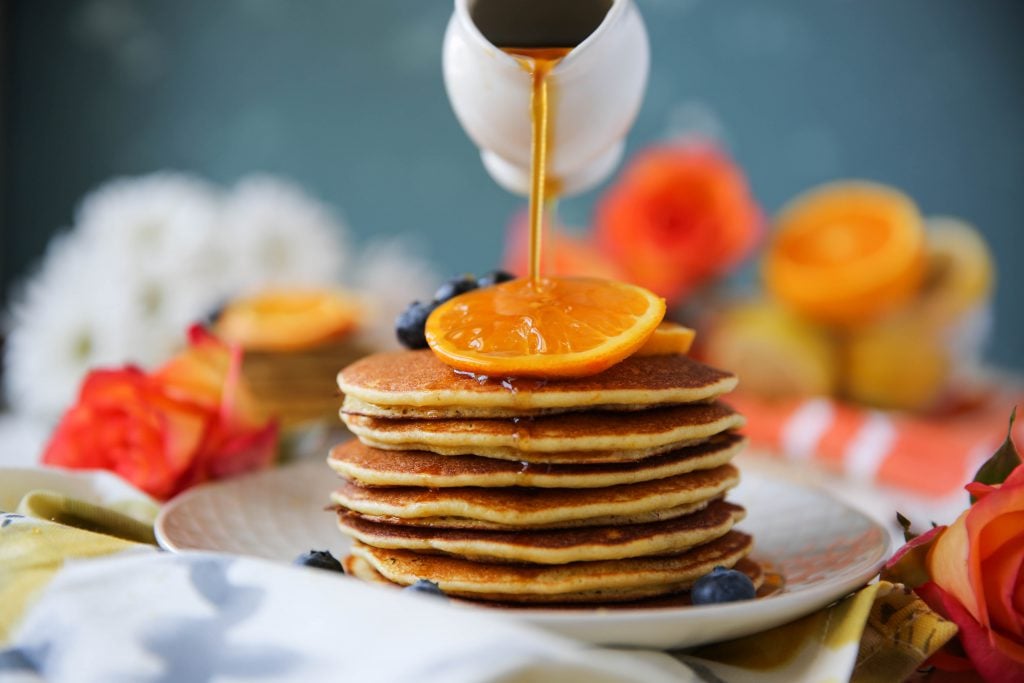 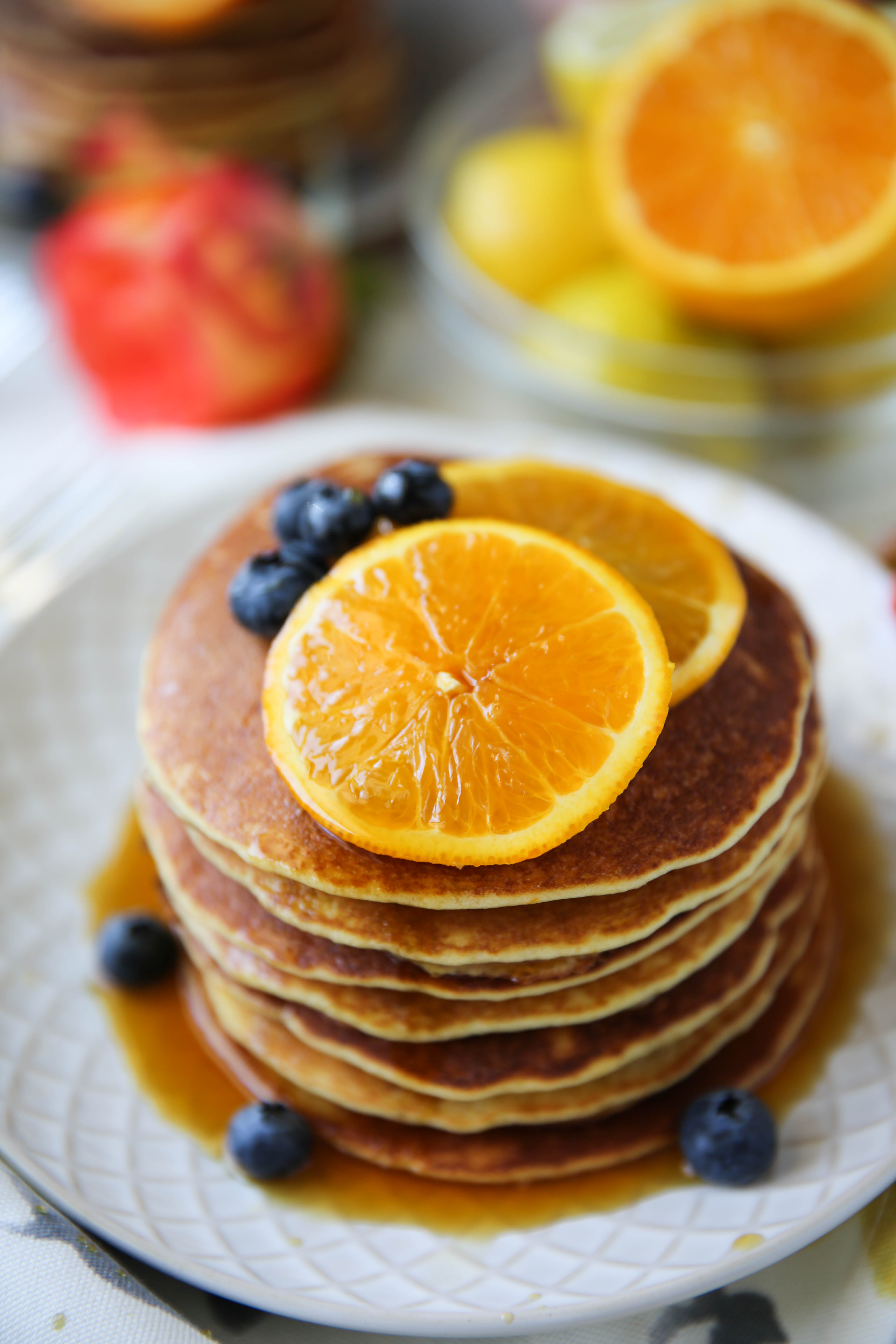 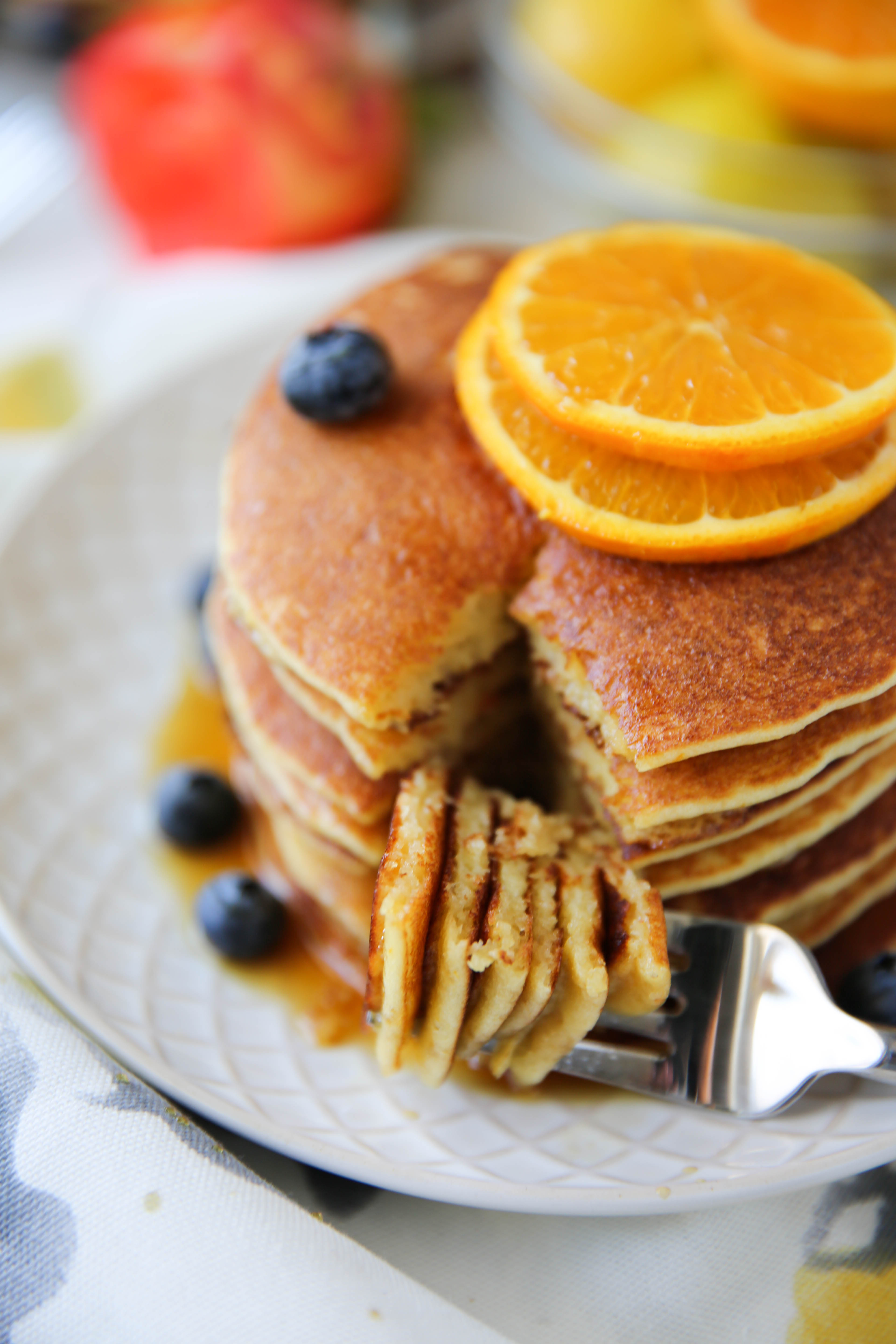 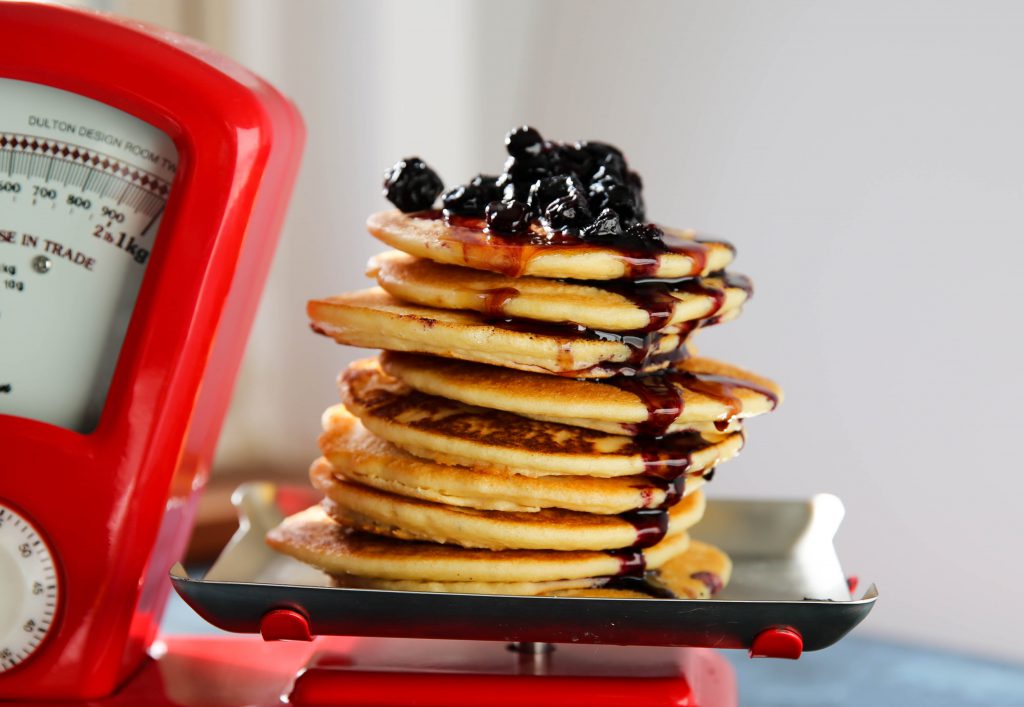 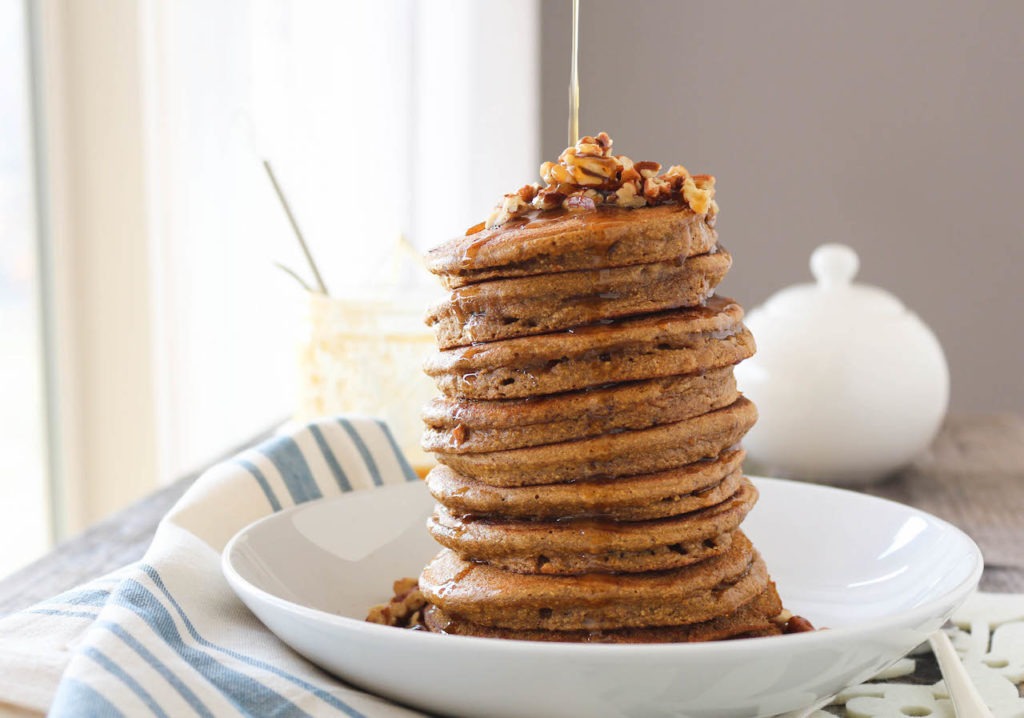 Who I want to win: Jason (honestly he’s the most chill and now that she’s got his name memorized I think they are really compatible!)
Who I think will win: Garrett (ugh) – but based on what’s come out about him I doubt they are still together

but I do love your take on Blake – just wish he could play it cool!

Also, how many times did Becca say she was looking forward to “no drama” last night? Sorry girl but drama IS the Bachelorette. #ManDrama

for real, GET IT TOGETHER BLAKE (even though your fears are probably right and going to lose)

This looks great, Juli! Your videos are beautiful. Do you have any experience using coconut yogurt in place of almond yogurt?? I am LOVING your dairy free recipes but am severely allergic to almonds.

yes and coconut yogurt will work just as well!

I think Garrett is going to win. She’s just too into his woodsy ways. I think the producers are going to make him apologize for his comments at the final rose episode. I think Tia is going to drop some bomb about Colton next week that will kick him out of the running. He’s really not that exciting, but unlike Arie he’s super hot! So far this has been a good season.

totes agree with all of this! i’ve loved this season compared to Aries!!

Booo I hadn’t heard that about Garrett. That sucks. He is kinda airheady but I liked him ok. Blake is super cool and cute in his own way. Colton…ehh. Not gonna happen. Jason reminds me of a priest who wears turtlenecks and loafers. And I do not appreciate his hair.

I die at your recap posts – the best! I pray that Blake wins (haven’t read spoilers either). Just watched it last night and there was one part when he was looking at her on their date and I swear I could see the love in his eyes!

I didn’t hear that about Garret either. Totally makes me like him less. Can’t get over how she forgot Jasons name and she is way less into Colton since the V thing. I think Garret and Blake will be the final 2 regardless

“They’re free of everything…except flavor” You’re the best Juli! I love watching your videos because you are so funny. For someone who makes fun of her tech skills, your cooking videos are really on par! Thank you for all your hard work. :)

I live your videos but could you organize them in their own tab so they’re easy to find?? Thanks!!

already have one! it’s under the food tab, all the way at the bottom under cooking videos!

I may not be able to have these pancakes, but I sure as hell would love to try that almond milk Greek yogurt! I have always wanted to try using tapioca flour as well. Blueberries and orange in one recipe too? STELLAR.

I made these for my fam this morning and they were a hit! So delicious! I did sub lemon in for orange and it was a success. Keep up the good work, Juli!

awesome!! so glad you liked it!

These look delicious! Can they be made ahead of time and then frozen and re-heated?

I actually do keto, and am curious what the macros are on this recipe.

i have zero clue. i’ve never counted macros. you can find that information out by simply putting the recipe into a nutritional calculator.

Juli! These were so delish!! My husband said “these might be my favorite pancakes of all times!” My store didn’t have almond milk Greek yogurt without a bunch of sugar-y crap in it, so I just used regular Greek yogurt.

Made these this morning and they were absolutely delicious! Thank you for another tasty recipe, and thank you for the super helpful video to go with it!

glad you liked the recipe Corrinne!