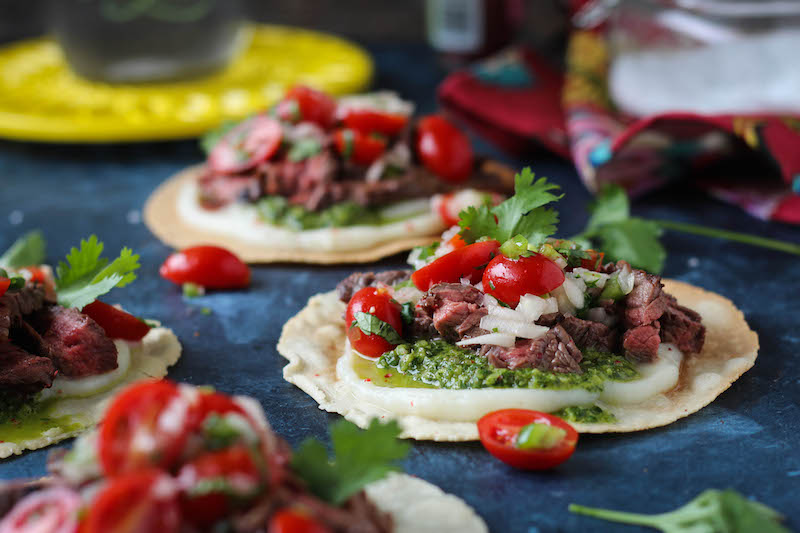 I have to be honest here…I haven’t watched BOTH nights of the Bachelorette. I didn’t know it was going to be this intense two-night event until I started watching my recorded episode last night. And there was just no way that I could waste four hours of my life in one week. No way. Two is doable when the commercials are removed, but four. B*tch ain’t got time for that! I have work to do! So instead, I’ll watch the second episode later this week then do a recap of it on the podcast on Saturday! Cool? You don’t give a sh*t? Cool!

So the first episode of the week starts off in Hilton Head (where I still really want to go) in some room that was furnished by Charlotte’s first husband Trey’s mother. Stop and think for a second. You know what I’m talking about? Sex and the City? Plaid everywhere. It was the ugliest room ever. Wherever they were, whoever the interior decorator was, well, that person should move on to their next career. Kenny and Lee start their feud that has seemed to last a lifetime and Lee looks like an ultra drunk mess. I love when people’s hair goes awry and they can’t keep their eyes open. That’s how you know they’re winning at life. 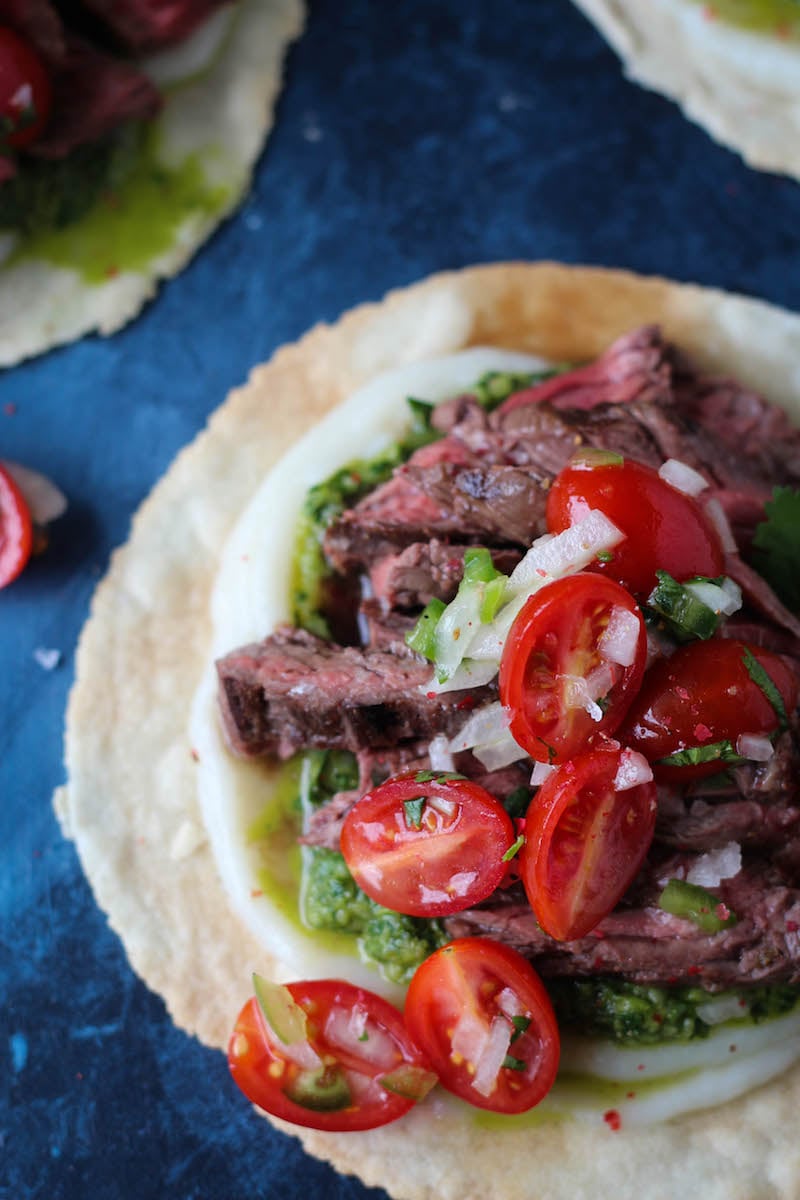 Rachel then moves on to a one-on-one date with Jack Stone. Poor Jack Stone. He seems like he’s a super nice person, but he does this thing when he talks where he tucks his chin so he’s looking at you through the top of his eyelids. He honestly just looks like he’s going to murder you. And he vigorously blinks his eyes. He’s a very intentional eye blinker. So their date is spent shucking oysters and we get to watch them feed them to each other. No one needs to feed oysters to another person. I understand that they are an aphrodisiac or some bullsh*t like that, but they are not sexy. You’re swallowing goo. Not cute. Well Jack Stone definitely hopes it’s working and goes in for the first kiss while Rachel pulls back. He gets a peck and is thrilled by the feeling the rough lips and oysters give him. Poor kid. Little does he know that a few hours later, Rachel will pick up the rose and his eyes will light up, then she will kick him to the curb. Why does she do that? Is that a producer thing? She could just leave the rose on the table and say it’s not working, but she goes in for ultra dramatic effect. Cruel. He leaves without saying a word, which is strange since he couldn’t stop talking the entire date. Literally. Rachel even says, “I don’t know what else to say” and they walk out while Jack Stone is obviously about to snap and kill everyone. Luckily for us, he kept his instincts together. I wonder what JS is up to nowadays.

After the blinking date, Rachel skips the cocktail hour. That’s her go-to move. She then kicks off Iggy (the guy who looks like a sumo wrestler) and Tickle Monster, which I’m totes bummed about because he seemed like the most genuine guy there. Iggy cries and tickle monster tickles. We move on. After the rose ceremony, they all go to Norway. My question is – did they pack winter clothes or did the producer let them go shopping? Could you imagine packing all your winter clothes in your one suitcase you’re allowed on this show? How miserable. Once they get to Norway, Rachel takes out her favorite guy Bryan on a date where they scale down some famous ski jump. At least I think that’s what it was. I honestly don’t know what was happening other than they were hanging above the ground, by a string, and Bryan thinks it’s a good time to make out. That makes a lot of sense, BRYAN. At the end of the date, Bryan and Rachel talk about how they were ugly growing up and nobody liked them, then once they grew up, everyone wanted them. Totally relatable. The date ends with Bryan telling Rachel that he’s falling in love with her and SURPRISE SURPRISE, he gets a rose. 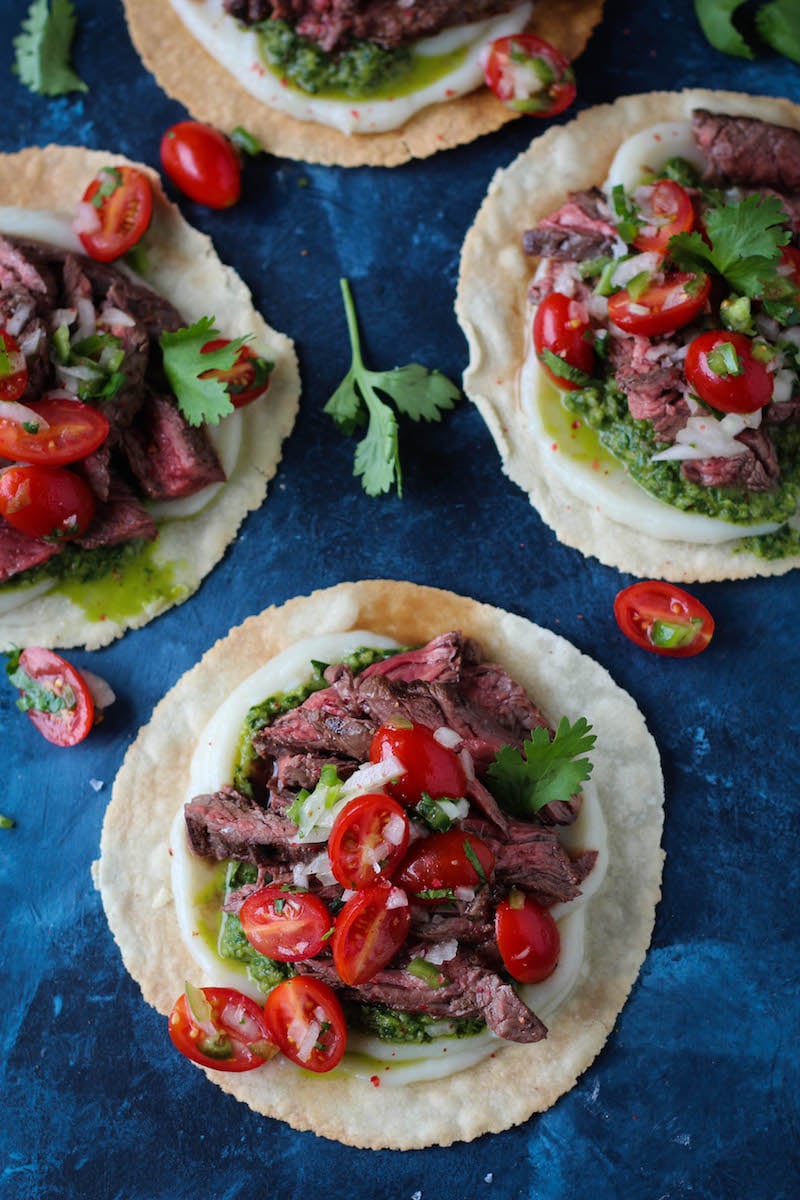 Then we move on to the Norway group date where they play Handball and have to wear wrestling match outfits during it. I wonder if Rachel is requesting sports-specific dates. Because I hate them. The only thing I liked about that date was Dean wearing his jock strap on the outside. He’s a gem. After they waste their testosterone, they all go back to some hotel to talk one-on-one. Alex reads a note to her about how he’s feeling instead of just speaking like a normal person. Then Josiah turns into the new Jack Stone of the group, talking extremely slow and telling Rachel that she is the one for him. She ain’t having it. So what does she go do? She goes to hang out with Peter and they decide to get in a hot tub. While all the other dudes are waiting in the other room. Her poor judge of a father is honestly probably disowning her at this point. Because she GOT DOWN with Peter in the hot tub/bath tub. We haven’t seen a hot tub scene like that in quite a few seasons. But you know what was so sad? After she dry humped the sh*t out of Peter, she walked into the room of dudes and gave Will the date rose. Straight up. Way to ruin Peter’s ego, Rachel. I dig your style.

Ok thank gosh I didn’t watch the second 2 hour episode because this post would be SO long. Let’s end this. So, of course, Lee and Kenny who hate each other so so much, well they get the two-on-one date. Before the date, Lee lifts weights in tight jeans and cowboy boots. And I hate him so much for that. At least he’s decreasing his chance of having offspring. Naawwmean? And guess where the date is? Outside. Because they want these dates to always be true misery. Rachel and Kenny are literally freezing to death and trying to talk about serious matters while shivering to no end, and Lee is fine as can be. He is wearing a lightweight long sleeve shirt while Rachel has a scarf, gloves, down jacket and boots on, and he feels nothing. Because he has no soul. When someone says, “I’ll pray for you” to a person they obviously hate, it means nothing. That’s not being a good Southern boy, Lee, that’s being an assh*le. The episode ends with Kenny ready to crush Lee’s face in. He won’t, which sucks, because someone really should. The end. 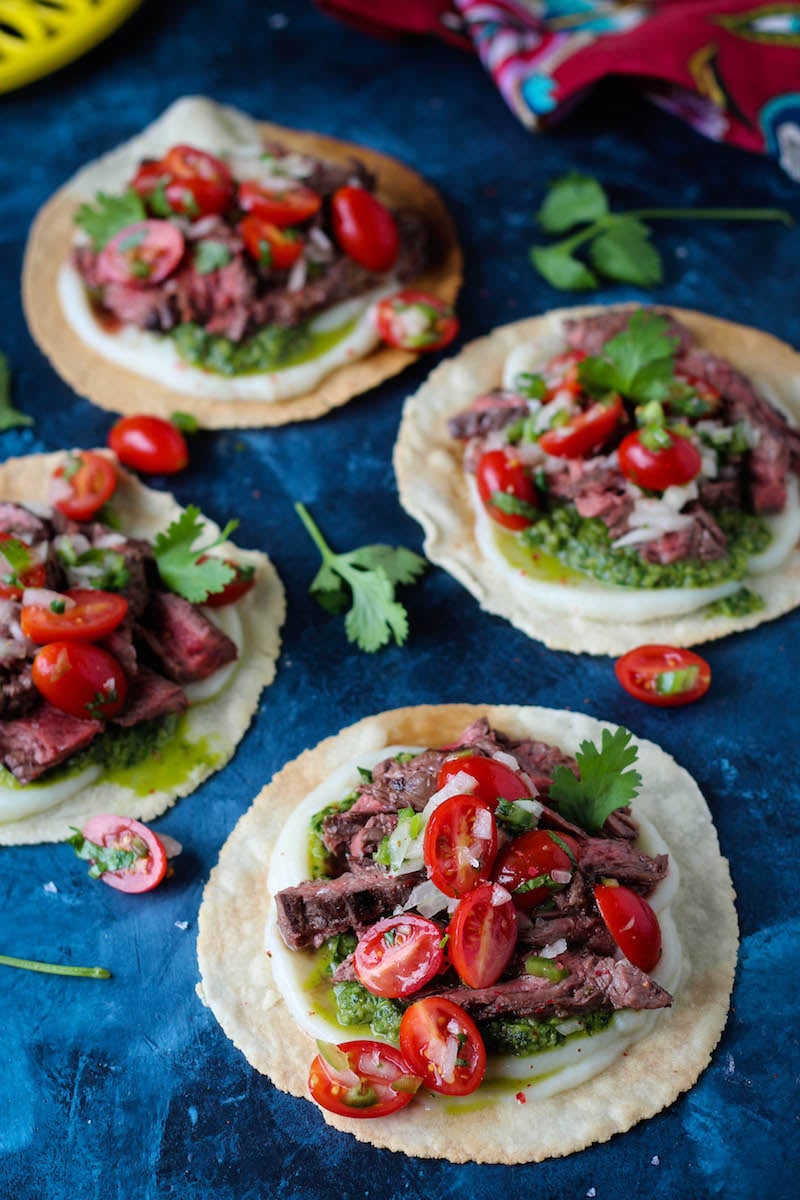 For the cherry tomato salsa

For the cauliflower puree 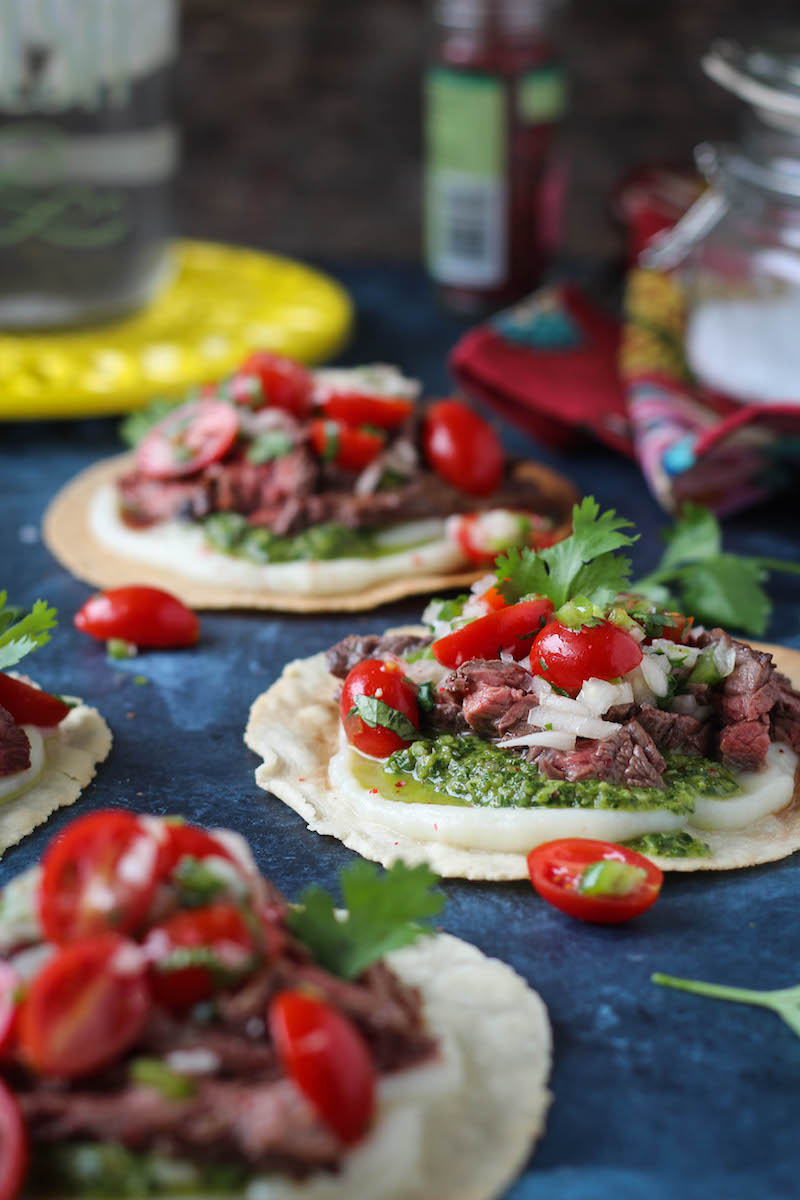 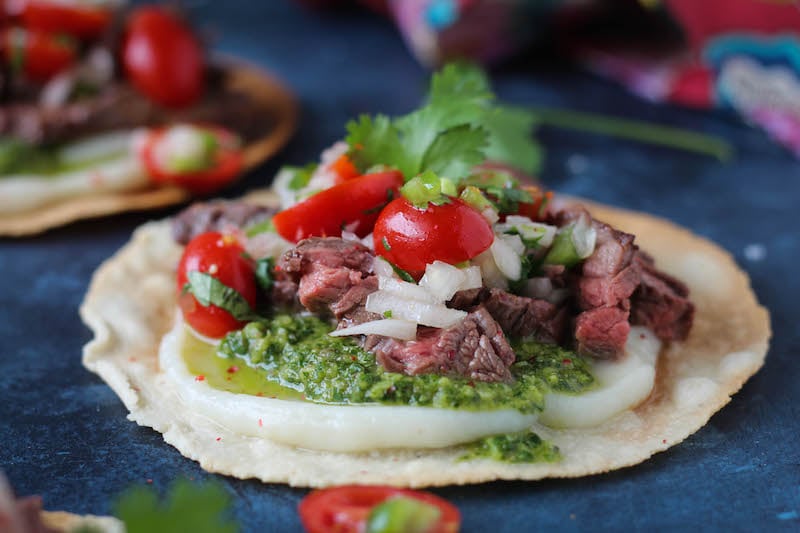 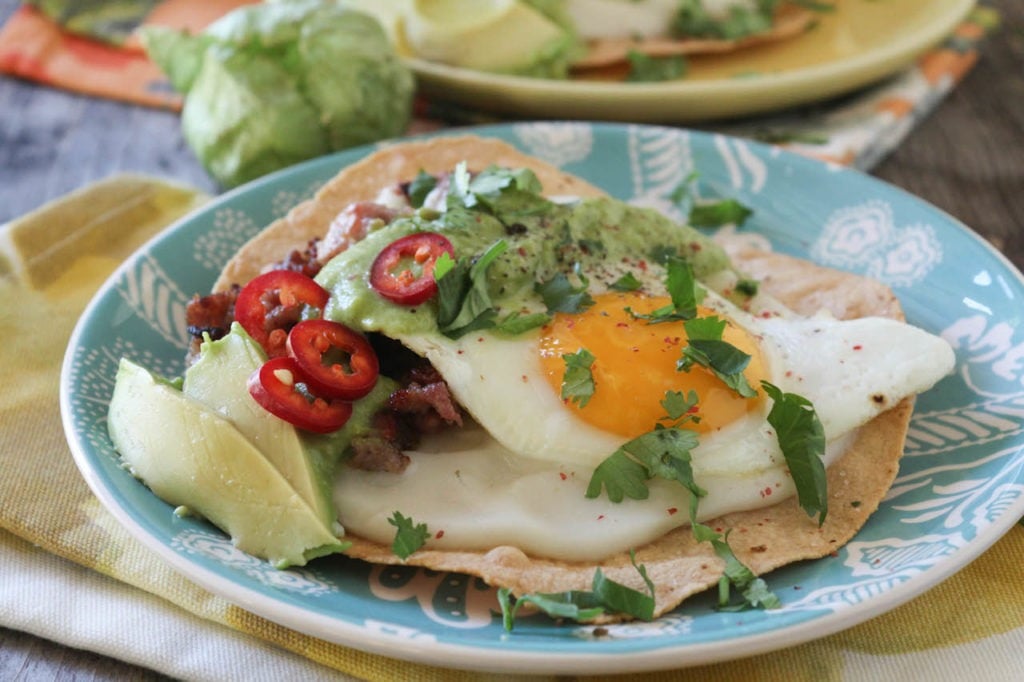 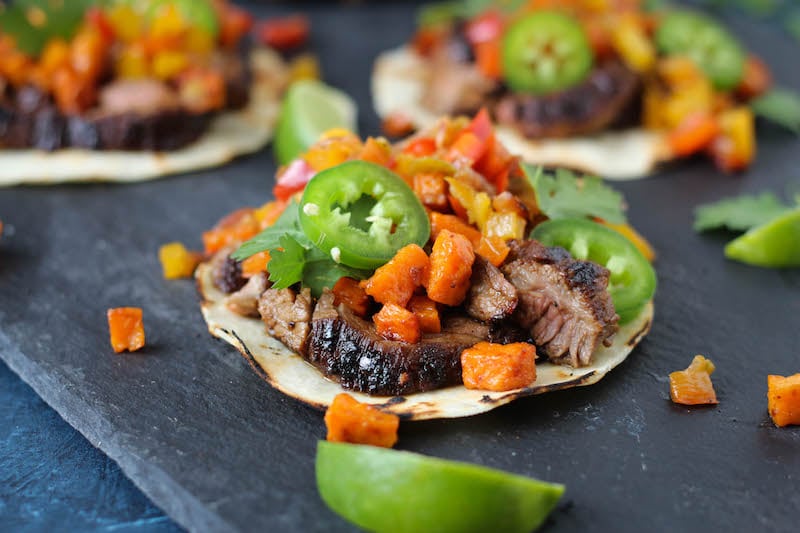