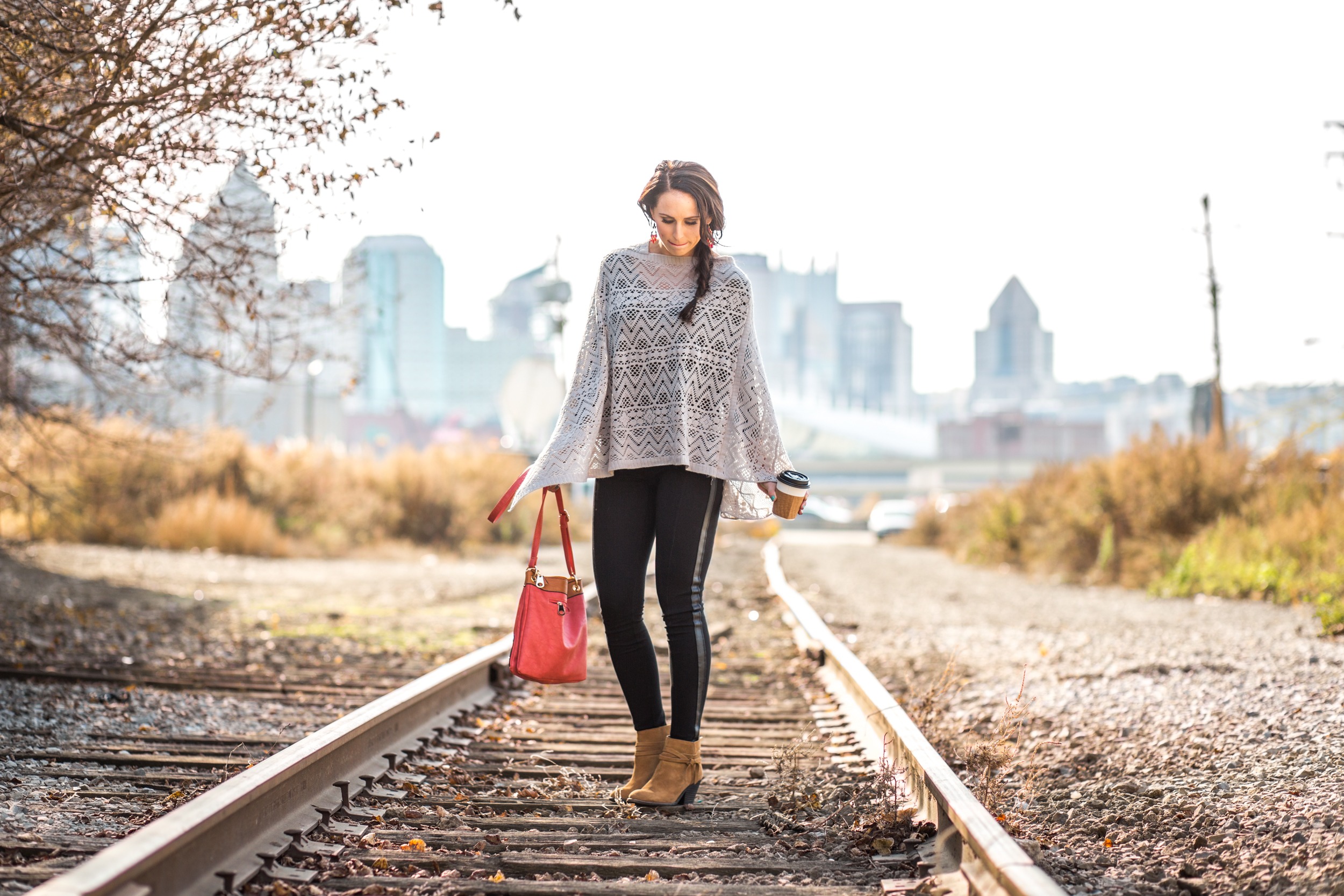 I need to defend myself. I think some of the world may wonder why I wear scarves so much. And when I say world, I mean no one. But I feel it as my civic duty to defend my scarf wearing ways. You see, even though many studies may refute this statement, I still believe they are wrong: We lose the most heat from our necks. No, not our heads which is the common mistake, but our necks. You know what they say, the longer the neck, the colder the soul. So I wear a scarf as much as possible. I don’t want a cold soul.

I pretty much wear a scarf with every outfit. It’s cold outside but a jacket doesn’t really go with my outfit? Add a scarf.  It’s cold but not THAT cold? Wear a scarf. My outfit sucks and you want to be hip? Put on a scarf, you hipster! Yeah you. I’m not a freaking hipster.

Sorry that I’ve been a bit MIA this week. I’m working on a project in Pittsburgh and my last trip, which was 10 days, gave me 10 days back at home in Colorado before leaving for Pittsburgh once again for another 10 days. That being said, I haven’t had much time to cook, or eat, or workout, or blog or really do anything. But thankfully, I wear clothes every day so I have outfits for you! Let’s be real here, while I’m working in Pittsburgh, I have sweats on every single moment. All I’m doing is cooking and doing dishes so what’s the point in dressing up? Well, there is one point: to not feel like a complete slob every day. Sweats make you forget what real person life is like. And I don’t want to forget that when trapped inside for all hours of the day. Now let’s get to dressing up.

This was an outfit I wore on a Saturday night out to sushi. Sushi night is one of those nights that has to happen once a month. And since our favorite sushi place, Izakaya Den, is in our friend’s neighborhood, we always get together with them to celebrate eating a sh*t ton of food. And sake bombs. I bought these jeans over 2 years ago, when I was having such a hard time finding jeans while competing in CrossFit. I kept them super long so I could wear my highest of high heels in them, but I think they could still use a little altering. But I’ll probably never do that because I wear them less than once a year. But just FYI, if you’re looking for jeans for a more muscular leg or a bigger rear end, Citizens of Humanity jeans are awesome for that! 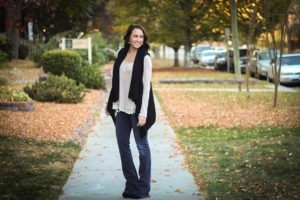 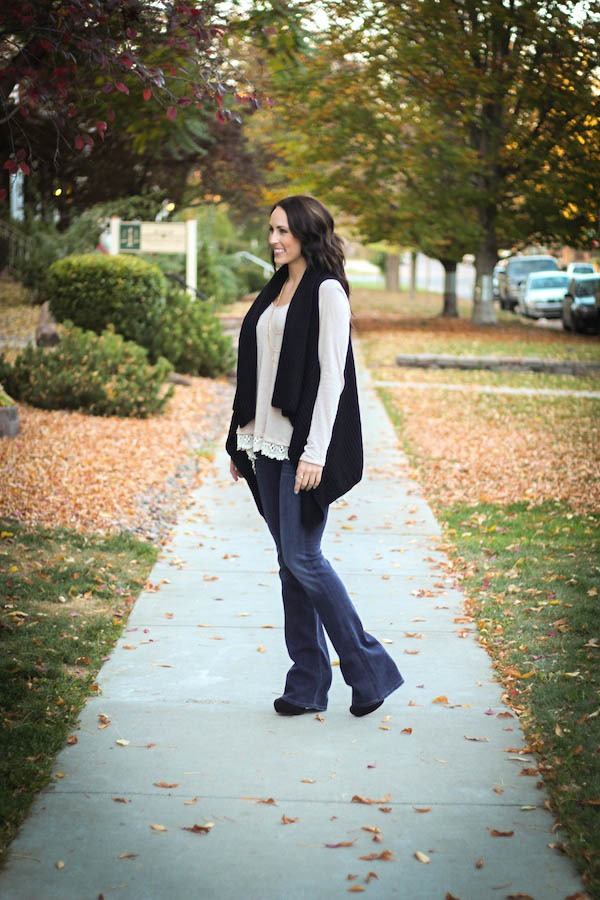 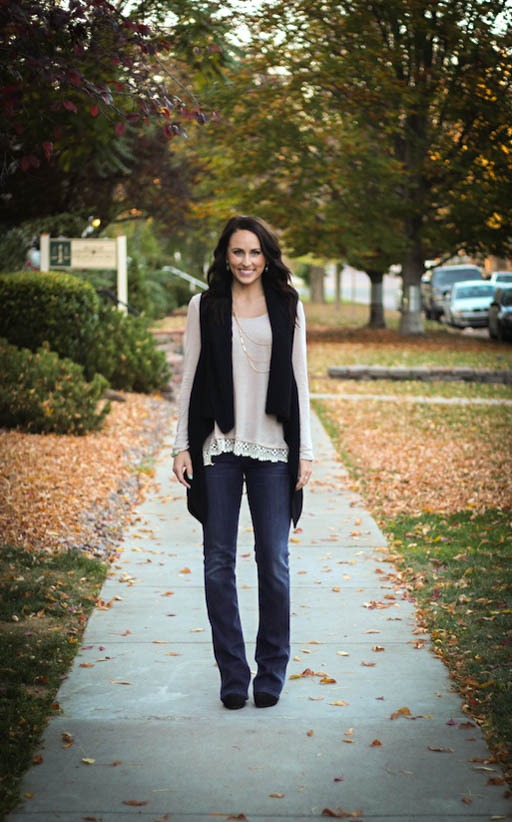 I don’t normally walk on train tracks, but when you have abandoned train tracks in the gorgeous Strip District of Pittsburgh with a crazy skyline behind you, you walk on them. B*tches be crazy on my instagram about how it’s illegal, but rules are for fools. Who am I kidding, I almost always follow the rules. Except when I jay-walk, or speed, or walk on abandoned train tracks. It feels so good to be bad.

So I’m in love with the Strip District in Pittsburgh. Seriously LOVE. It probably had to do with the gorgeous weather we had that day and the fact that I saw a celebrity at a market, but I still loved the short time we were there. When I was walking into the market, Rose Leslie from Game of Thrones (and other parts, obviously) was walking out. It wasn’t until 10 seconds later that I figured out who she was and totally geeked out. She was one of my favorite characters in Game of Thrones and legit cried when her character died (sorry for the spoiler if you’re watching that now – jokes on you). I wish I could have told her how great she was in that show. So since I couldn’t tell her the other day, I’ll tell her on here because everyone should see more positive things on the internet.

“ROSE LESLIE (that’s me screaming, chasing after her). Rose, I truly loved you in Game of Thrones. I miss your character. Thank you so much for bringing such an amazing character to life and keeping television exciting. AND for empowering women.”

I would then get really sweaty and uncomfortable because I just had a total freak out moment with a person I didn’t know. But man would I really hope that made her day even better. Positive feedback is so fun. 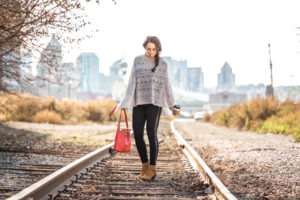 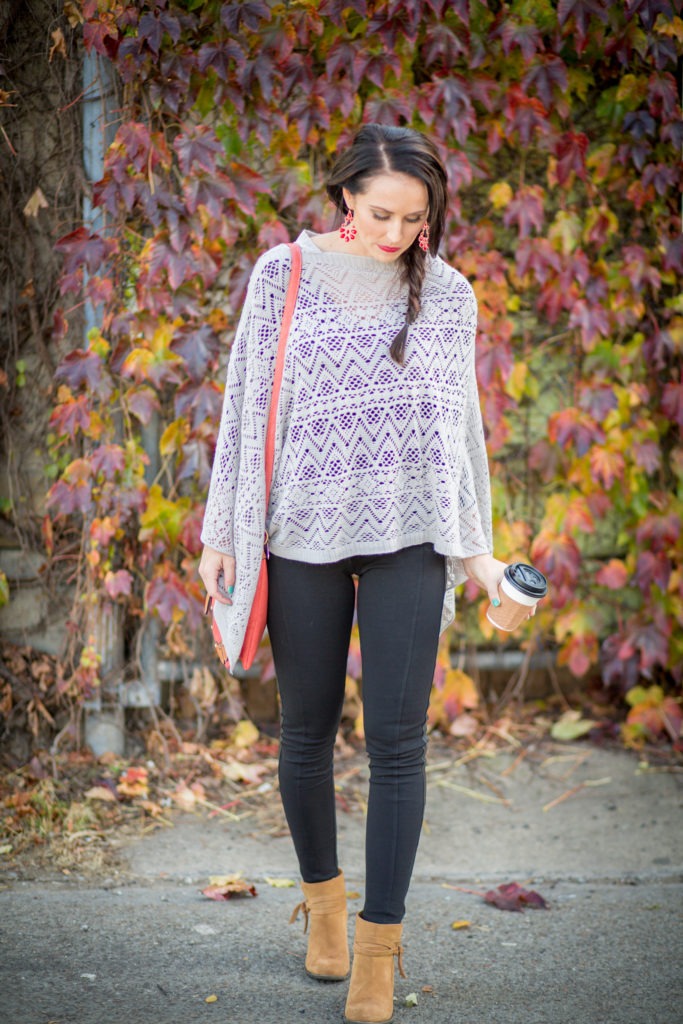 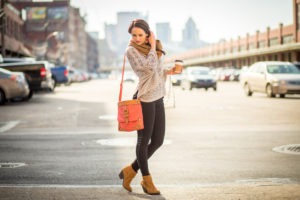 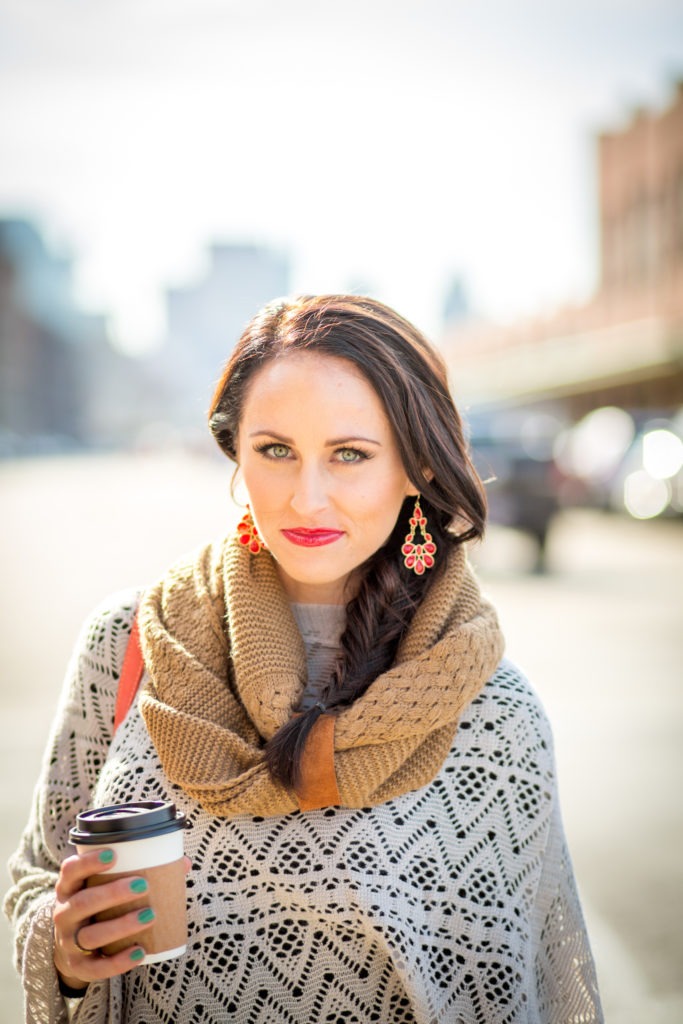 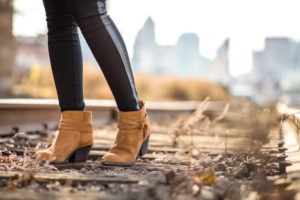 Last but not least, one more outfit in Pittsburgh. This was a casual and comfy outfit on a rainy day. After cooking all day, I asked Bill and Hayley to take a few pictures of me so I had one more outfit for the blog. Problem was, the rain was REALLY coming down. So I stood on their back porch while they took pictures from inside. Hayley finally came outside in Bill’s shoes and a short sleeve and got whipped in the face with rain to get a picture. Now those are some damn good friends.

This is my newest favorite sweater. I just recently shopped at Gap in their GapFit department and I seriously LOVE it. They have great workout clothes, sweatshirts and deals. This sweatshirt was on sale and could not be more comfortable. Get it now before it’s gone. I want to buy it in black, I love it so much! 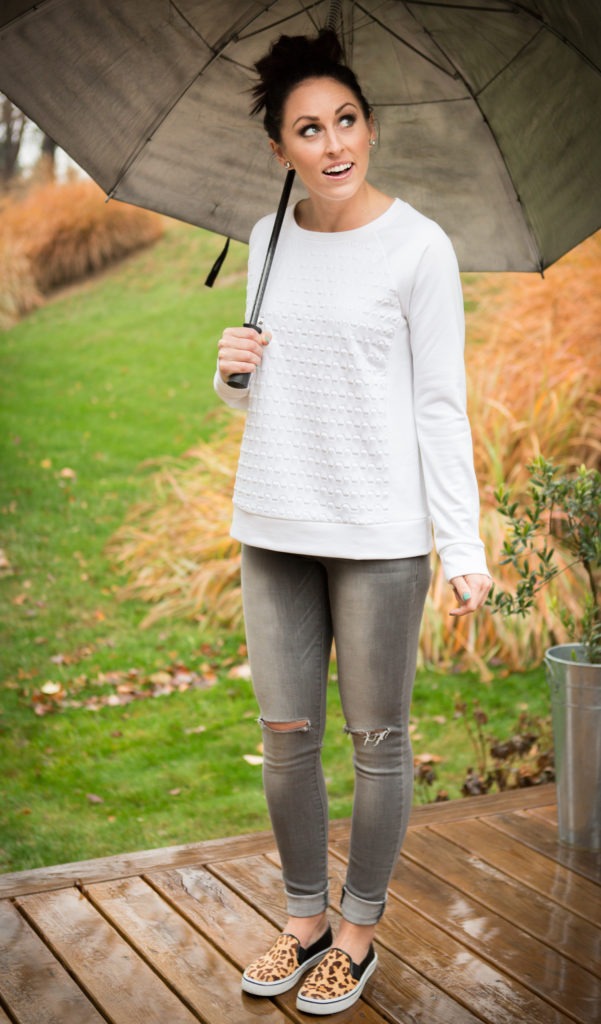 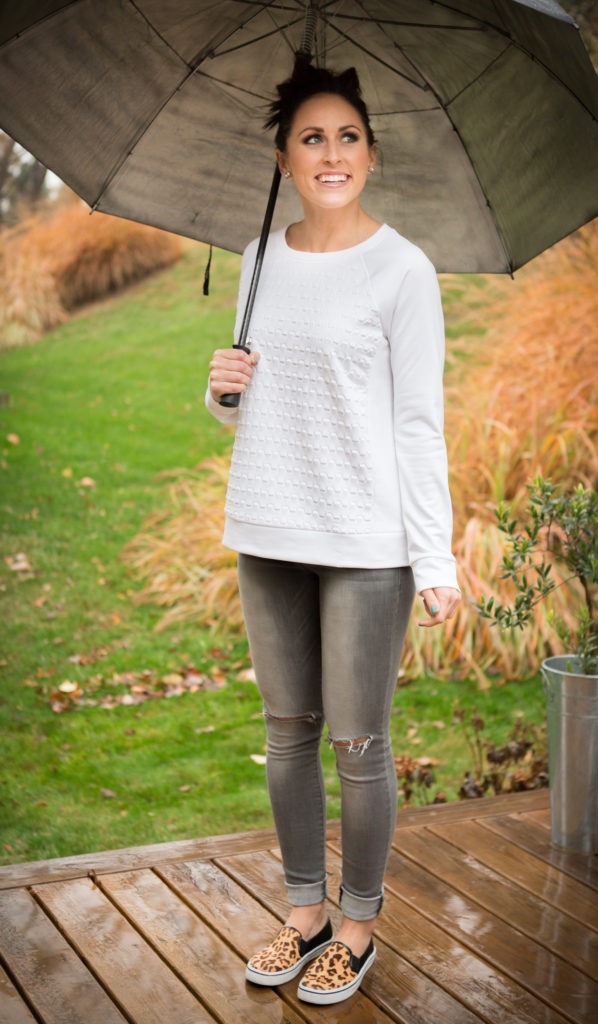 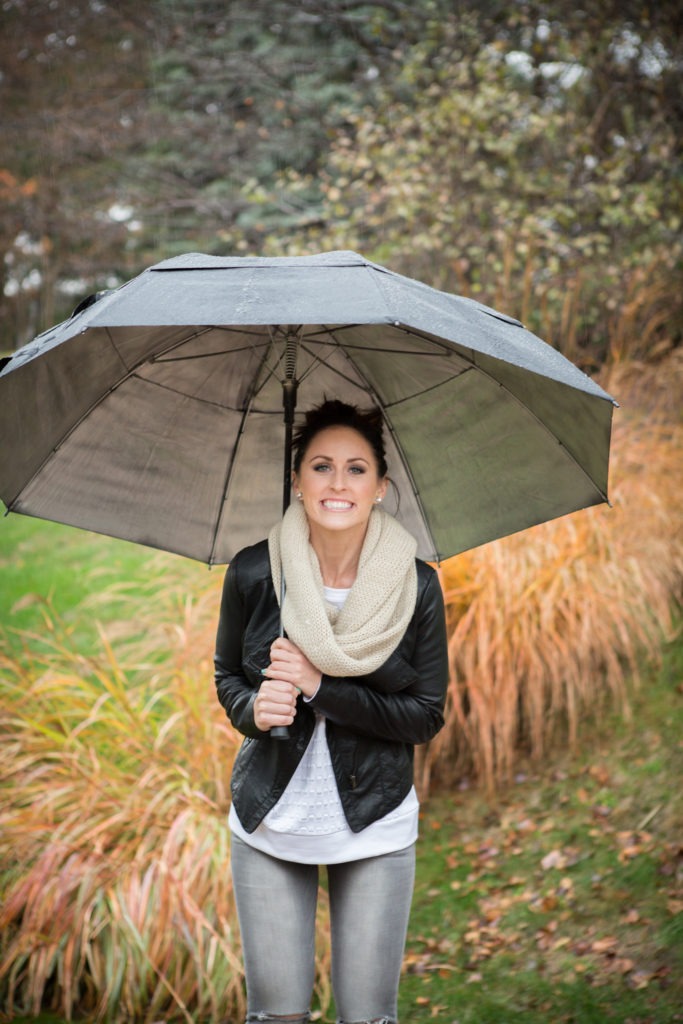 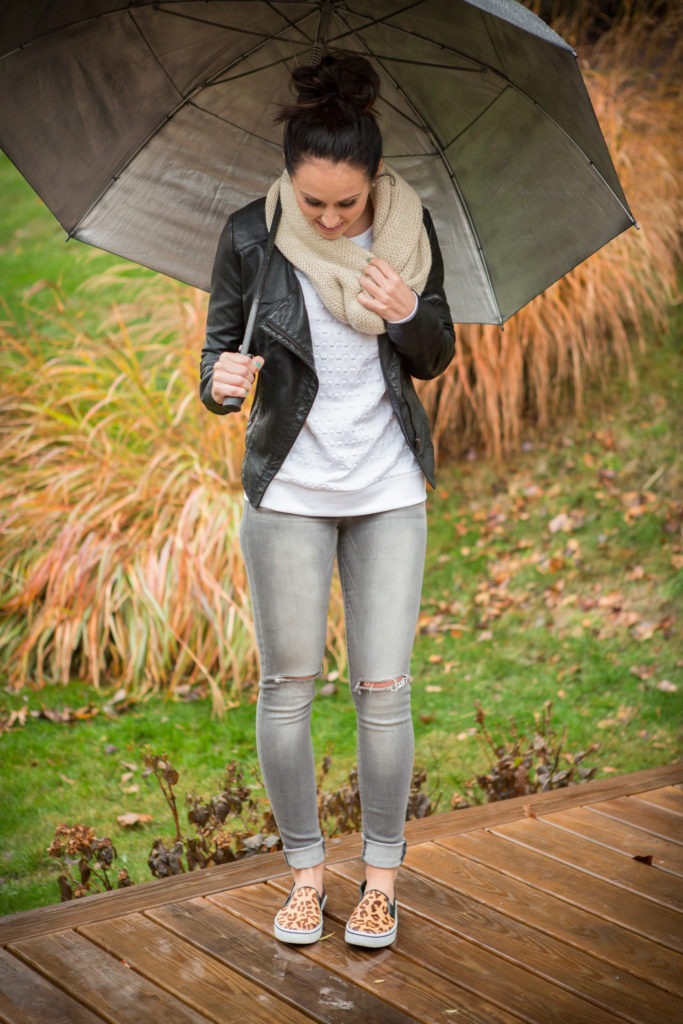 { Gap Terry Embossed Wave Sweatshirt on sale now for $30 (just FYI, I got a small in this because it runs a little big) | Grey Flying Monkey Skinny Jeans from Hailee Grace Boutique for $54 – similar pair | Leather Jacket from Francesca’s for $60 – similar one here and here | Dolce Vita leopard flats from Nordstrom Rack for $40 | Infinity Scarf from Target last year – similar here and here }

AND PEOPLE, don’t forget about my Topo Athletic shoe giveaway going on right now on the blog! It will be gone soon so sign up before the chance is gone to win a sweet pair of these workout shoes!