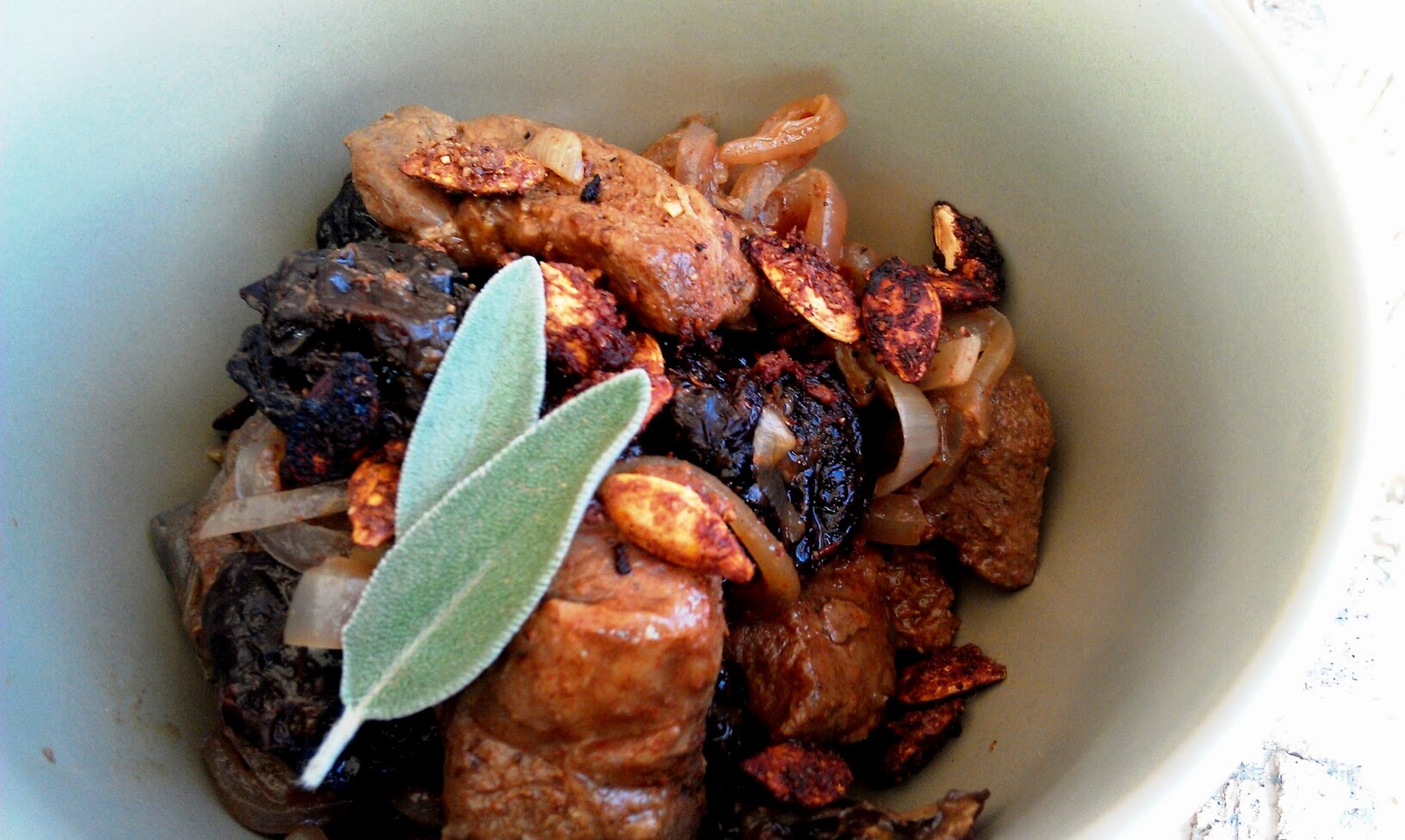 I swear I get addicted to something new every two weeks. I used to be addicted to almond butter, then sweet potatoes, then broccoli, then cake in a mug, then dark chocolate walnuts…and almonds, then figs, and now….honey. No, not just any honey. CREAMED honey. Effing ridiculous. Like, if I was eating a spoonful of creamed honey when I was dying, I would die smiling. It tastes unlike any kind of honey I’ve ever had. Probably because it came from Larkspur, CO…and I live in CO…therefore the honey is sweeter than usual. Ha, I’m clever. Get it?! Because I’m so sweet! Bahahahaha, sh*ts funny. Not really.

Anywho, I’ve been trying to consume this honey in small amounts so it will last longer. It’s the kind of honey you can eat by the spoonful, with nothing else, and be completely satisfied. Your tongue hurts after from all the sugar, but it’s fine. But just the honey wasn’t cutting it the other night. Sometimes at night, specifically when it’s that time of the month (omg if you are a guy a just got grossed out, you’re a tool) I find myself staring into the pantry and the fridge, waiting for some kind of sweet to jump out at me. But I usually don’t have an entire flourless chocolate cake sitting around, so I have to resort to other things…like creamed honey. And….dun dun dun….PEANUT BUTTER.

Ok, I’d be lying if I said I had to resort to it. I actually wanted it. Like, OMG I’m gonna die if I don’t have peanut butter right now, craved it. So what did I do? I went to TWO grocery stores to try to find it. I legit spent gas money on something I knew I shouldn’t be consuming just because I knew I would want to gouge my eyes out if I didn’t have it soon. Ok, overkill. But for real. If I want something bad enough that I will space out time in my day to go to the store(s), find the peanut butter, spend money on the peanut butter, then scoop it out with multiple fingers while driving an operating vehicle (yes I have/would do that)…I know I deserve it. Does it hold a candle to my homemade almond butter or macadamia nut butter? Oh hellllll no. But it can come close to it in the right moments. Especially when I usually spoon my peanut butter first, than double dip it into the creamed honey. RI.DIC.U.LOUS.

You know what blew? I couldn’t find the peanut butter. I COULDN’T FREAKING FIND IT. Dumbest night ever. That mineral water just REALLY hit the spot. That was a lie.

Just FYI, this meal was delicious. If you’ve never bought tagine seasoning before, this is now the time. It smells kinda weird, but tastes effing bomb. No, I don’t know how to pronounce. No, I don’t care to know. I just love the flavor it protrudes. And with prunes, it’s insane. Go buy the spice now. I’m done talking about peanut butter.

*If you don’t have deer steaks, you can use any other diced meat. Steak, pork, chicken. Whatevs.

**I topped this meal off with some toasted pumpkin seeds that I had on hand but it would be delicious with toasted sliced almonds as well!! 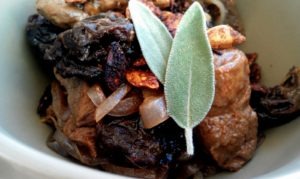 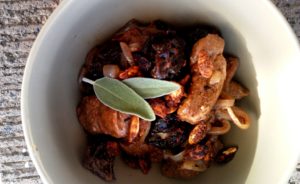 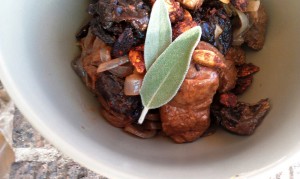 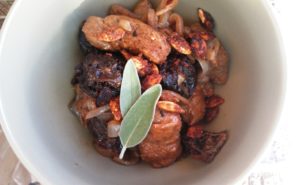 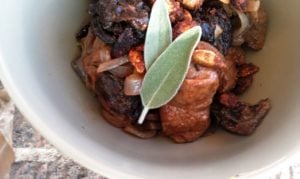