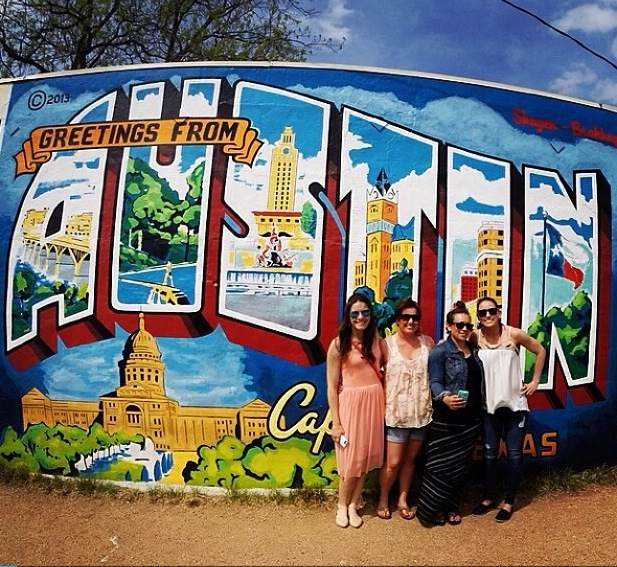 I love Austin. It’s the only city that I’ve ever really truly considered moving to. The weather is pretty wonderful, the people are lovely and fit (yes, that is important to me) and the city is very hip. Bill from Primal Palate explained the town as very hip, but not trying to be. Which is true. That town just wreaks coolness everywhere. From the strung lights all over town, to the loud music playing no matter which block you turn on, to the small restaurants created by food enthusiasts…it’s exactly what I would want in a city.

Getting to Austin for Paleo(fx) this year proved to be the challenging point. After the plane being 45 minutes late, I thought we were good to go. But once we were directly over Austin, we were informed that the president would be taking off with Air Force One so we couldn’t land until they were off the ground. So we circled. Nice, big circles. A bit annoying, especially since I was holding my pee for the airport. Peeing on airplanes sucks. The pilot even informed us that if the president didn’t take off in 5 minutes, we would have to stop in San Antonio to fuel then head back. WTF? You’re frustrating, Obama. But luckily, after 45 minutes of circling the air, we were allowed to land. It was silly. But I held my pee. NBD. And thankfully, I had pretty much the nicest guy in the entire world sitting next to me. I rarely ever talk to the person next to me, but this young guy with a long ginger beard was just the friendliest of friendly people. We pretty much told our life stories. I’ve never seen someone so happy about life. And flying. He LOVED flying. So he kept me entertained with stories while we flew for an unneeded amount of time.

Once I got to Austin, the wonderful day began. Bill and Hayley from Primal Palate, Kara (their awesome assistant) and I headed straight to 24 Diner for lunch to meet up with a crap ton of other bloggers. This restaurant was my total favorite last time I was in town and it did not disappoint this year. I had a bacon and gorgonzola burger on arugula along side bacon braised green beans. The meal was amazing. Then Josh brought out his favorite new cookies he’s made for everyone to have one, and it was officially the best meal. But what made the experience even more special was a guy inside the restaurant (we were outside on the patio) bought my lunch to thank me for my website. He told me it was the least he could do. How crazy nice is that? Talk about good karma for him. I was so incredibly touched by this guy. So cool.

After we grocery shopped for the house we were staying at, and spent a total of 10 minutes in the house, we headed over to a gelato place called Dolce Neve to try out their grass fed dairy gelato. I honestly couldn’t remember the last time I had tasted gelato. And this place was the perfect reminder of how amazing gelato is. I had the pistachio and salted caramel flavor and ate it waaaaay too quickly. We then headed to the rented house to have a little potluck. Which included more sweets. I wasn’t planning on eating just dessert for dinner that night, but that’s how it turned out. Brittany from Brittany Angell brought literally 50 pounds of treats with her to Austin to share with all of us. So I tried half of her homemade fudge rounds, which was honestly the best thing I’ve ever put into my mouth, and half of her oatmeal cream pie. All of it was insanely delicious. I got a little sugar high, but I kept it together. Even though we were planning to turn it in early that night because of all the circle flying thanks to Obama, we ended up not getting home until late and completely passing out.

The next morning, we made breakfast that included bacon, eggs, and green beans. The house included 8 people: me, Bill, Hayley and Kara from Primal Palate, Sean and Suzanne from Pastured Kitchen, Vanessa from Clean Eating with a Dirty Mind and Stacy who doesn’t have a blog and we still love her. We then went to Picnik to grab some coffee on our way to Paleo(fx). I had never been to Picnik and a ton of people recommended it. Which I totally understand now. This cute little stand sits upon a grassy hill where you can get coffee, shakes, food, treats and then sit in the grass and be merry. And merry I was. I got a mocha chocolatte which was filled with butter, coconut oil, protein powder, and all kinds of other cool stuff. I’m not a huge fan of buttered coffee like all you paleo weirdos out there, but this one was really good. And it kept me almost all day. Because I had that at 11am and didn’t get hungry again until 6pm. And that’s usually not how I work.

Friday was the only day I had much of a schedule at Paleo(fx). I did a cooking demo with Vanessa from Clean Eating with a Dirty Mind where we cooked up some cauliflower rice topped with teriyaki beef stir fry. The demo went smooth as can be. And when we asked if people had any questions, people asked if I missed my dog and what I fed my dog. Jackson is pretty much famous. What a badass.

The next thing I had to do at Paleo(fx) was speak on a panel. I hadn’t done one before and I’d really like to never do one again. Some people love voicing their opinions to others, but I kind of think that’s what my blog is for. So why do it in person to others who don’t give a sh*t about my opinion. Speaking on a panel feels cold. The room is silent, no one is smiling, no one is laughing. It’s just boring in all honesty. You’re asked a question, you answer it then get off topic about something else you actually wanted to talk about, then someone else can’t really answer the question because the whole conversation has been side tracked. It’s just a weird environment. Some people love it. I saw that first hand. And those people should have been on stage, not me. Just a fact. 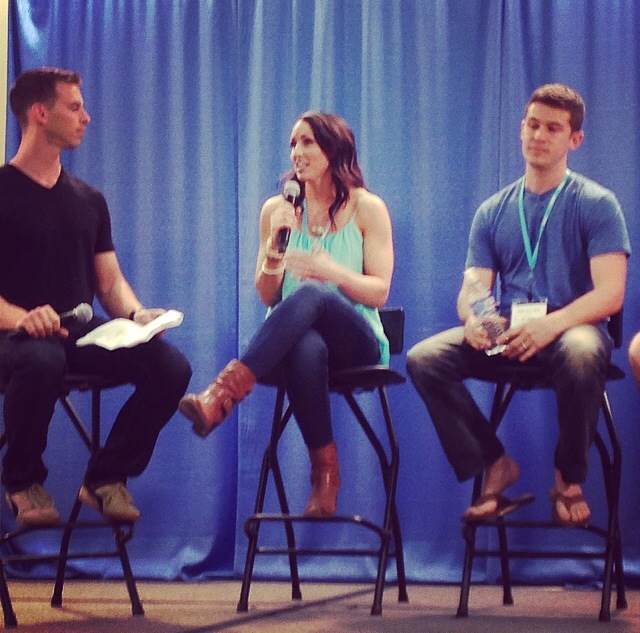 After the painfully quiet panel ended, we headed on our way to dinner. There’s was absolutely no way I was going to be around more paleo dessert debates, so I headed to dinner with Vanessa, Stacy and our girlfriend Cassy from Fed and Fit, all dessert lovers, to the Salty Sow. The year before, I had gone to all the preplanned dinners that cost over $125 and were terrible. This year, I would not make the same mistake. We had multiple cocktails (gin and tonic for me, please), truffled deviled eggs, bone marrow (found out I’m not huge on bone marrow), duck fat fries, then I finished my meal off with some pork shoulder. It was AWESOME. Oh duh, we had butterscotch salted caramel pudding for dessert. Wonderful. Everyone should try that place if you go to Austin.

The next day, us ladies decided we needed a shopping day. No paleo talk, no grumpy people, no jerky and snacks from vendors, just shopping and girl talk. And that’s exactly what we did. We went shopping on Congress and went to a bunch of small tents for jewelry and whatever we could find. The best tent I found was Stitch and Stone. Love their jewelry! 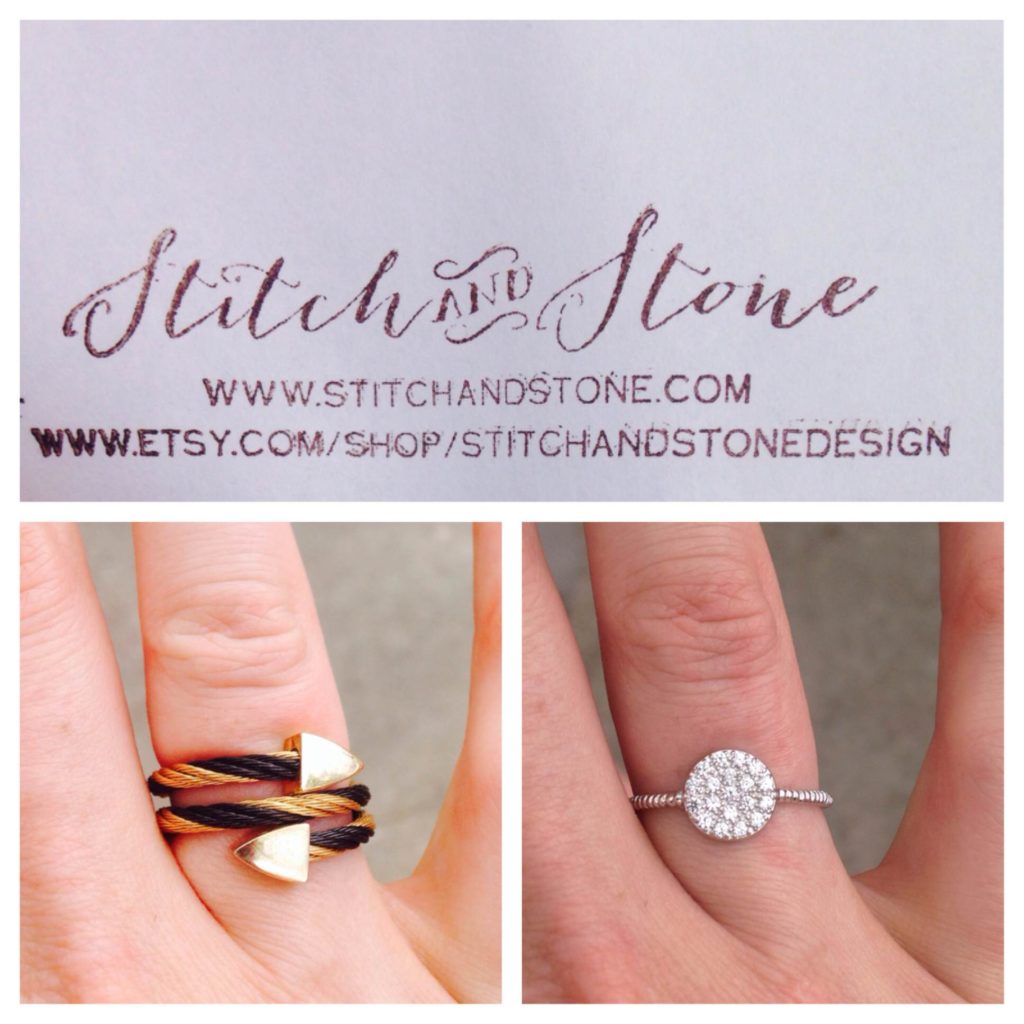 Later we had lunch at a Mexican restaurant that was just whatever, so I don’t really need to talk about it. But we decided we needed to treat ourselves to gelato, because it was Saturday and sunny and hot outside and we were in Austin, but mostly because the other ladies hadn’t tasted the amazing gelato. So I took one for the team and ate the damn gelato. This time I got salted caramel AND goat cheese with blueberry and lime. Then we shopped more and more before deciding that we needed to try HopDoddy for dinner. The thing about that place is the line is loooong, but that’s pretty much how all restaurant lines are unless you can make a reservation. So we waited in line for an hour and a half but thankfully they brought us cocktails as we hung out in line outside around the building. I won’t say it was the best burger I’ve ever had, but it was pretty good. 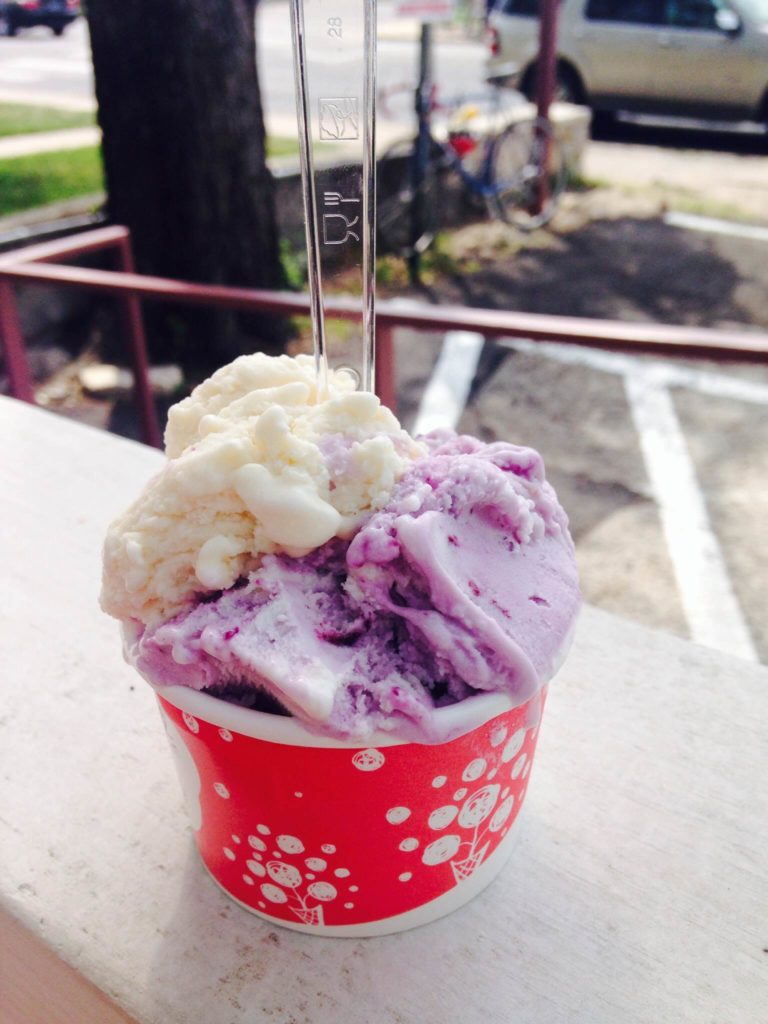 The last day in Austin was just as wonderful as the previous days. Mostly because I started my day off at a CrossFit gym! I went to Fortitude Fitness and did “The Sevens” workout. I’ve truly never been so sweaty. Seriously, ever. And it was the one time I didn’t have a headband. My eyes were burning the entire workout, but it was needed. And to celebrate a great workout, we headed off to Kerbey Lane to have some breakfast, but mostly to have gluten free gingerbread pancakes. That place was pretty good but the pancakes were SO thick, we had to smother them in maple syrup to be able to eat them. I’m not complaining. Then we headed back to the expo to see some lovely people including my readers, vendors, bloggers, and really smart people. I also got to see my cookbook cover on the front of a postcard. I nearly teared up. I’m just so so excited for my second cookbook and to finally see it in person soon! 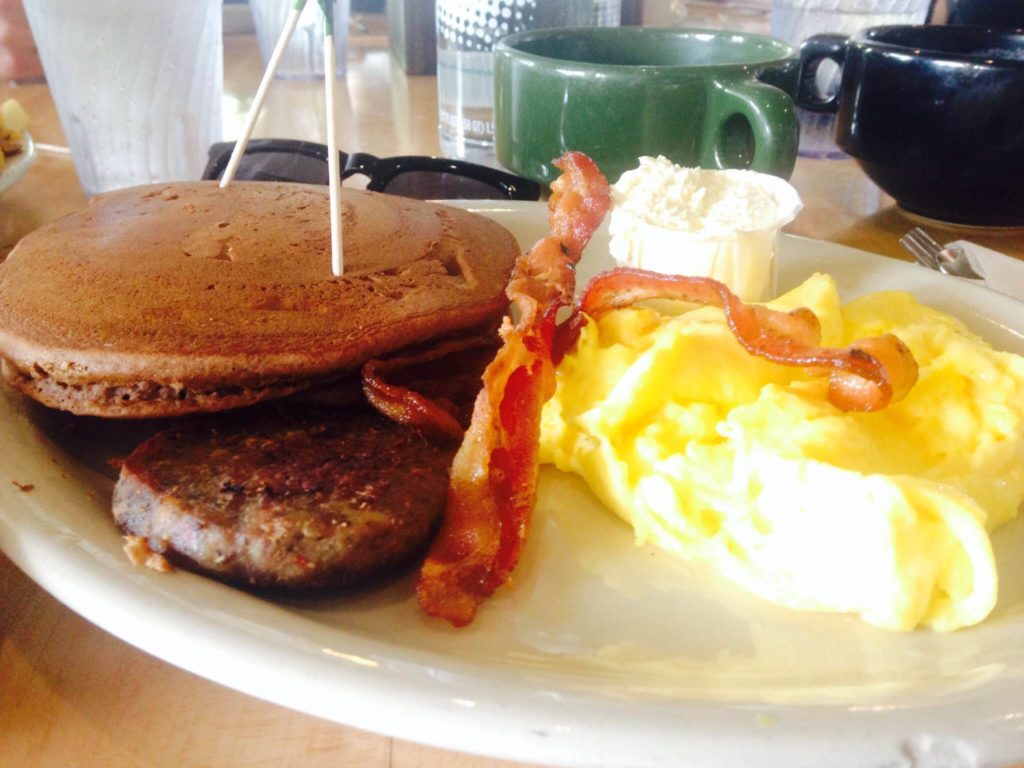 We finished our final night at a BBQ place that I wasn’t super impressed with. Not as impressed as last year. But then we got Lick to end the whole weekend on a high note. I got salted caramel and coconut peanut butter and chocolate ice cream. It was fantastic.

Ok, we need to summarize. The weekend was absolutely wonderful. I couldn’t have asked for a more fun weekend. I met truly good people, didn’t hung out much with the non-fun people, ate good food, laughed until I cried, and felt no sort of shame about anything I ate. I say that because I think when people see the food I upload to instagram, they feel like I can’t call myself paleo or I’m splurging and going to feel sick after. That’s not the case. I live my life how I would like to. With food that doesn’t make me feel sick and a balance of good food and happy times. I don’t feel any sort of sadness or frustration when I eat a treat, I just get on with my day and eat what I need to to feel the way I would like to. This trip was no different. Now go live life. Be merry. And go to Austin. RIGHT NOW. Man, I love that city.