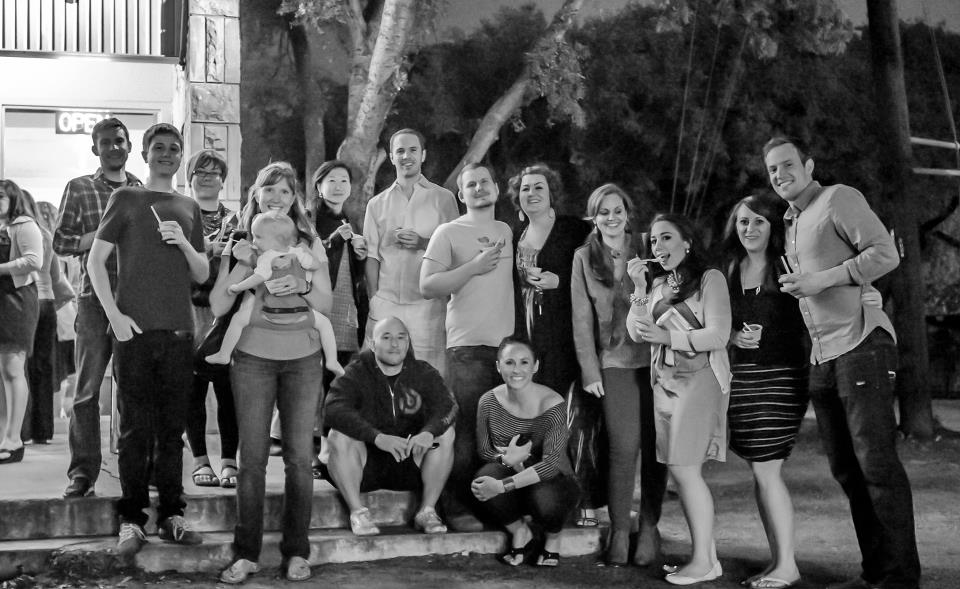 I went to Austin, TX last week. Yes I did. For the PaleoFx conference. And I spent WAY more money than I ever do. Like, ridiculous amounts. And believe me, I’m not bragging about this in a good way.  I lack money to spend. Especially since I just back my  taxes. Ew. So I’m not happy about the amount of money I’ve lost in the past week. I shouldn’t be complaining because I got to meet amazing bloggers and some incredible people who read my blog, so I should just shut my mouth now. But I can’t. I just can’t.

Ok, let’s get one thing straight. Austin is a fantastic town. It’s gorgeous, the weather was perfect last week, and there is food EVERYWHERE. Seriously, everywhere. Every corner has a trailer park of food truck/trailers that would satisfy anyone. And they did. I ate at La Barbeque, which was a truly fantastic trailer on the side of the road. Torchy’s Tacos that wasn’t exactly paleo but I didn’t give a sh*t because it tasted great. Then I ate at 24 Diner that had a delicious sweet potato hash. Then I ate multiple times at Lick for some grass fed ice cream. My gut was not appreciative of that decision. I also couldn’t stop eating Paleo Treats, specifically their Cacao Now. And Love Bean Fudge. Newest favorite products, by far!!!!

BUT, almost every night I paid for a dinner ahead of time to mingle and meet other paleo people. Well, you’d think these dinners would be delicious. Like, crazy delicious. I mean, we are at a paleo convention full of food bloggers and cookbook authors, so you’d think the food would be something to light up your taste buds. But it was the exact opposite. One night I paid $80 for a meal that did nothing for me. The kombucha was the most exciting item of the night. Then the last night, I ate at a beautiful farm, on picnic tables filled with incredibly influential people in the paleo community, but the food completely fell short. Not only did we not eat until 9:30pm when the event started at 6:30pm, but the meals were in super small portions with food that really had no taste. I ate blanched sweet potatoes for gosh sakes. I thought they were carrots. Who just blanches sweet potatoes? You do? Well you’re weird.

Ok, I’m done complaining. I really shouldn’t. People are starving in other countries and I should not be complaining about tasteless food, but I can’t help it.  When you pay $125 for a meal with blanched sweet potatoes and overly smoked antelope, you have the right. I don’t even have that high of a grocery bill for over a week of meals for myself!! And I’ve never spent that much money on a ONE night out. So all of us bloggers had to go stuff our faces with ice cream afterwards. Real paleo influences right there.

This trip was super helpful. And inspiring. I was finally able to meet bloggers that I’ve talked to via the world wide web for years now. And also able to learn more and more about blogging, photography, and books. It’s so cool to hear about all the bloggers who are writing cookbooks at this point and doing their own photography and editing. It’s crazy. I wish I was that skilled. I really do. But I’m going to try. I bought Canon EOS Rebel T4i 18.0 MP CMOS Digital SLR. I just copied and pasted that. I don’t know what any of that means. So when people ask me what kind I have, like my dad did the other day, I will go on saying, ‘ummmmm I think a Canon maybe.’ It’s probably going to take me forever to learn because I have intense ADHD and can’t process explanations from others, but I’ll keep playing with it. And hopefully my photography will get better and better for you all. I don’t have an eye for it, but maybe it will grow with time. The worse my eyesight gets, the better my photography will get. Makes sense, right?

Anywho, let’s recap with some pictures and names.

First, I finally got to meet George from Civilized Caveman. Everyone thinks we are dating because we both talk about having a new boyfriend/girlfriend, but we aren’t. He just constantly has to give me advice so my site doesn’t shut down and blow up. So we’ve become quite close since I need constant help. And suck at listening. Constantly. Together we taught a cooking demo at PaleoF(x). I don’t know if you could call it cooking since we just mixed a bunch of tasty things in a food processor to make mousse. And even though I thought fried bananas would be just fine on mousse, George of course insisted we put bacon on top as well. So we did. We had an awesome turn out for our demo and I was able to meet some awesome readers afterwards.

Then I got to meet Danielle from Against All Grain.  Well actually, we met once before, but didn’t get to bond much. This girl is AWESOME. And hilarious. I wanted to hang out with her every second. And her first cookbook is coming out. So exciting. She was one of the bloggers who helped me out with some photography advice.  The pictures are beyond gorgeous, and the recipes will blow your mind. I’m honestly thinking about flying to California to stay with her, eat her chocolate pie that looks like pure heaven, and learn all about photography. I’m seriously going to do it. I’m sure her husband would totally appreciate that.

I finally got to meet Stacy and Matt of Paleo Parents. Even though I’ve talked multiple times to Stacy and been on their podcast ‘The Paleo View’ I still didn’t know what Stacy would be like. She’s hilarious. That woman knows her opinion, knows what she wants, and knows how to get it. It’s effing awesome. She has given me a ton of advice that is going to be huge for my future. Her second cookbook ‘Beyond Bacon’ comes out next month. Yet another fantastic blogger with fantastic photography. I cannot wait to try some of these recipes all about pork. I adore this woman, seriously adore.

So I got to meet Bill and Hayley of Primal Palate. Have you seen this couple yet? They are real, real cute. And they are funny. Non funny couples do nothing for me. But couples that have a sense of humor are the best kind to be around. They have published 3 books in less than 3 years of being together. Crazy. Thank gosh they’ve stuck together. Their ‘Make it Paleo’ cookbook would be way less cute if they broke up. And awkward to see on shelves. Their newest cookbook ‘Gather’ comes out soon and you will love it as much as I did. The time and effort they put into this cookbook really shows. So cool.

Now I’ve talked to much. I hate long blog posts. But here is a list of the other bloggers I got to meet and actually talk with. Mel from The Clothes Make the Girl, who I have met before. Michelle and Henry from Nom Nom Paleo, who I have also met before. Josh from Slim Palate who I just found out about. He’s 17 and has incredible photography. Russ from the Domestic Man. Diana from Radiance Nutrition. Diane from Balanced Bites. Abel from the Fat Burning Man. Kelly from Spunky Coconut. Jenni from Urban Poser.

Oh, I didn’t get to workout for 3 days. Then did 13.4 at CrossFit and Fearless (which was a SUPER friendly gym and really cool space. I love gyms like that one) and sucked the big one at it. But I could breathe. Breathing in workouts is cool.

Oh, I broke my phone in Austin. So I finally bought an Iphone. Hopefully my instagram pictures will improve now. Probably not.

Oh, then I lost my ID in the airport. I’m pathetic at times.

Oh, and I got my very first love letter in Austin by a super nice guy. That was rad.

Oh, and I just lost my pen.

DAMNIT. I liked that pen!