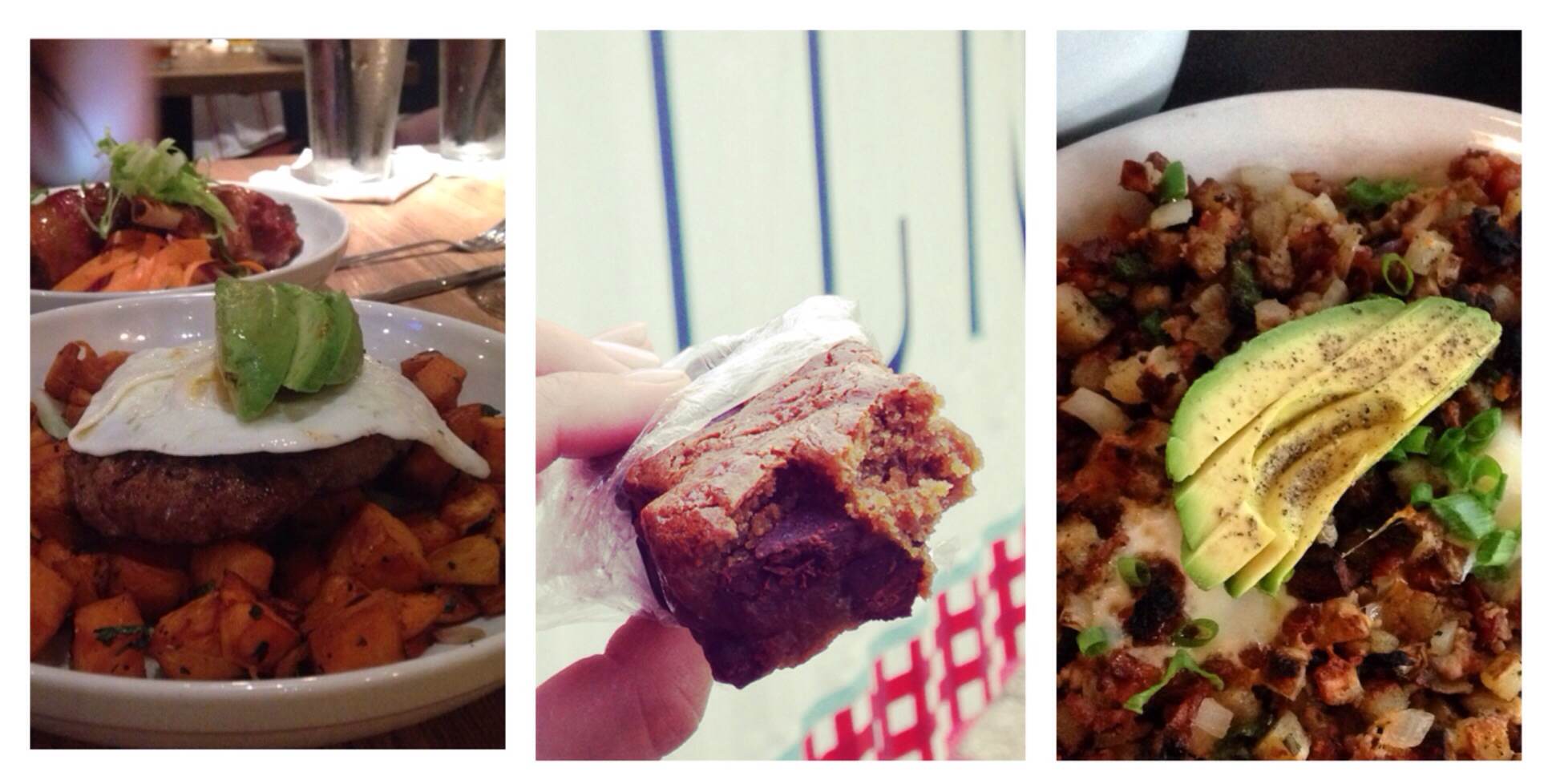 I’m home sweet home. I traveled all through Texas to promote The Paleo Kitchen cookbook, sweated through every single one of my outfits, and tried restaurants in all cities. I’m exhausted. I don’t know why traveling feels so exhausting. All you have to do is sit through most of the travel, but man do I feel like crap. I can’t stop yawning. And I’m having a hard time wanting to do much of anything other than cuddle with Jackson on my rest. Jackson is my dog, not my boyfriend, just FYI.

Texas was hot. Like, REALLY hot. Not just ‘Oh my, I need a glass of water hot’ but the ‘OMG. If I don’t drink at least 3 sources of liquids in the next hour, I may perish.’ Well it wasn’t really that bad until I worked out in a gym with no air conditioning. I’m used to that at CrossFit Broadway, but we don’t have humidity. But we will get to that, don’t you worry.

On Sunday I flew in to Dallas, TX, picked up the rental car, then headed to the hotel for a quick outfit change before I headed out to lunch with Jenni and Ben from The Urban Poser. Even though my family is from Dallas, I haven’t spent much time outside of my granny’s house with her bears, so I really know nothing about Dallas other than one CrossFit gym I’ve been to. I was blown away by the restaurant we went to, HG Sply Co. I wish I would have tried something different because I ALWAYS get a burger at restaurants, but man oh man was this burger good! It was a wagyu beef burger with an egg and avocado, on top of sweet potato chunks. Fantastic. We were then welcomed to the restaurant with this crazy dessert: Check out the picture below then it will be easier explaining everything that is happening here. So this giant chocolate kettlebell came out of the kitchen, then the server took a blow torch to it, as soon as it got hot enough, he poured this hot caramel sauce on top and the chocolate melted into this soup and opened up the kettlebell to show us a keylime cheesecake topped with coconut milk ice cream. Dead. It was a crazy sugar bomb. So good. But let’s be real here, my favorite part of this restaurant was the alcohol. I wish it had be later in the evening so being drunk in public was socially acceptable, but alas, that was not the case. So I had mimosas which somehow makes people judge you less. You guys, their mimosas are THE BEST mimosas I’ve ever had. I need to make them. And champagne buzz is just the greatest. During my champagne buzz that was pushed down from my sugar binging, I decided to have just a little more sugar at Mudsmith with an espresso shot, topped with vanilla and cream. It was like a milkshake. I obviously hated it. Lies. 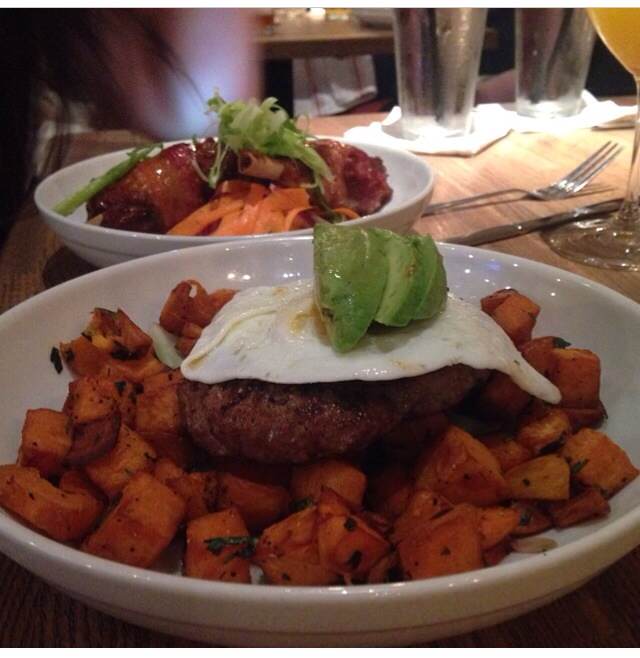 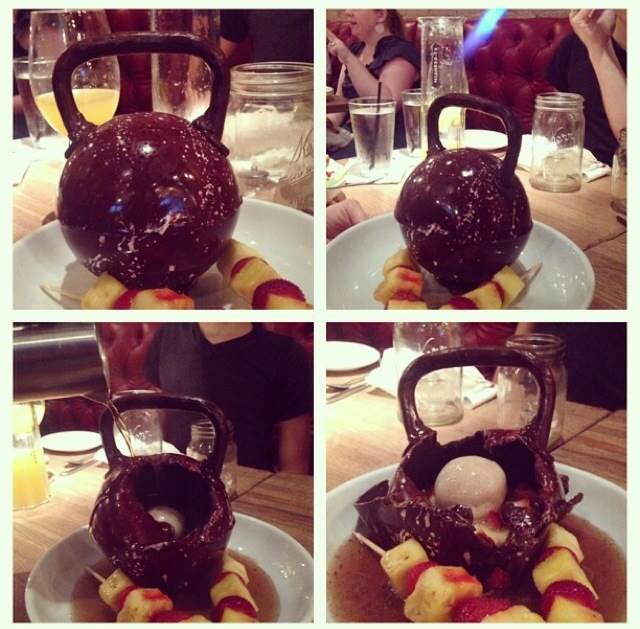 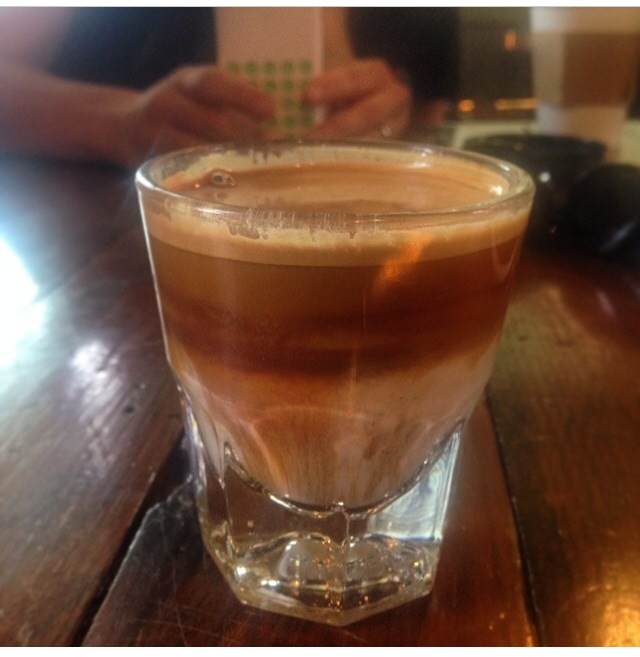 After our lunch, I put a sh*t ton of make up on, a skirt I could barely walk in and went on my way to Half Price Books in Dallas. The bookstore is HUGE. Crazy huge. We had the biggest turn out we’ve had so far with about 130 people coming to pick up a book and chat with us! Pretty cool. I even got to see two of my uncles. I think they thought waiting in line to say hello to a family member was pretty stupid. I get it. I would feel the same. 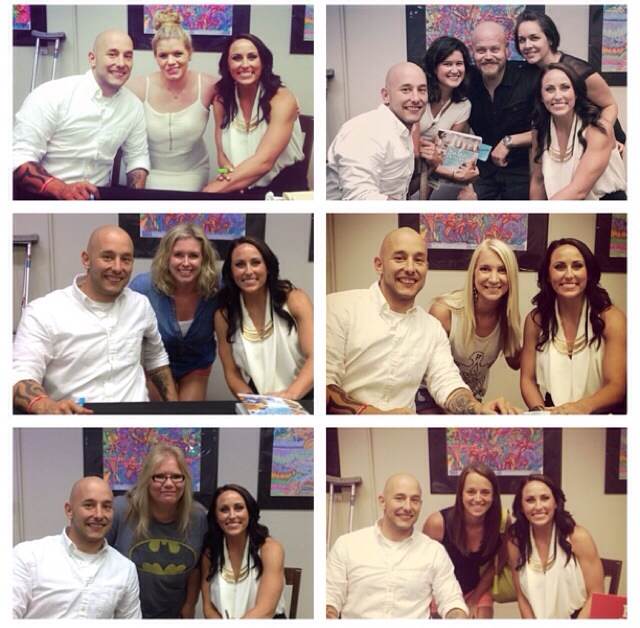 One of the best parts of that evening was actually a present I received. A girl handed me an envelope and inside was a painting of Jackson!! OMG OMG OMG. It’s amazing. I seriously LOVE it and already hung it up in my house! Check out Mutt Muggz for more of her paintings! 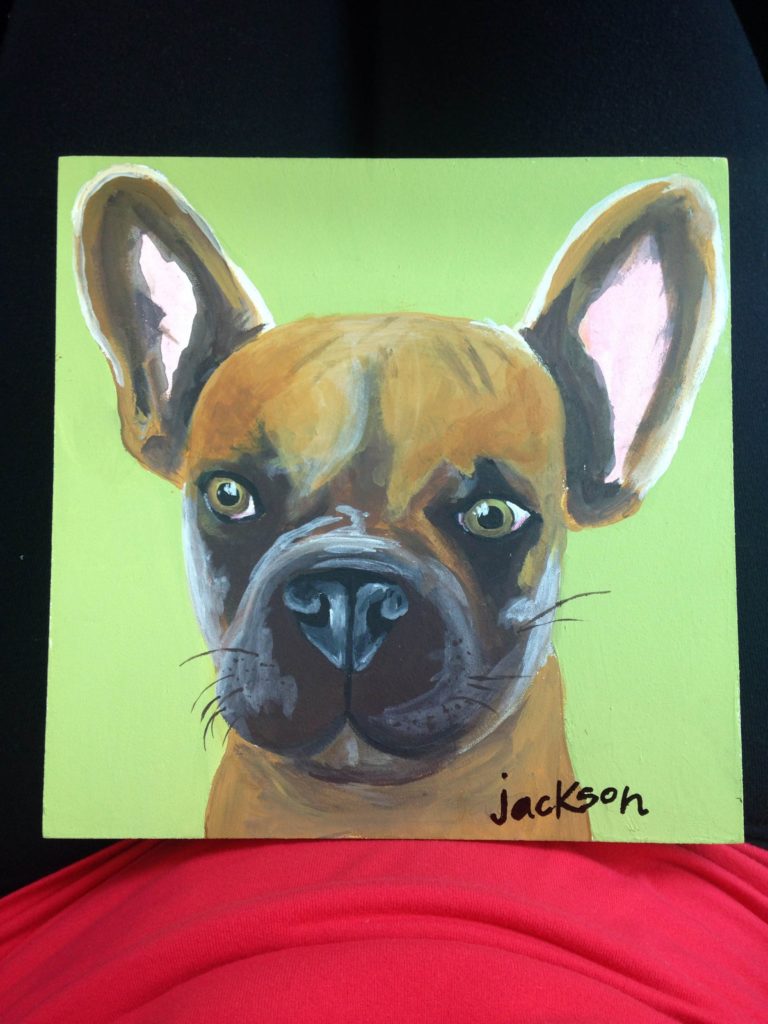 The next morning, I woke early to head straight to Austin so I could make the noon workout at CrossFit Central. I’ve always wanted to workout there when I’m in Austin, but haven’t been able to. So I made it happen but ended up having to workout in the advanced class. Meaning I had to work waaaaay harder than I usually do. I am quite content with rarely doing workouts as prescribed and going lighter on back squats whenever I want, but when at another gym do as your told. And that’s what I did. We did back squats, ring dips, and then the workout ‘Diane’. I woke up the next morning feeling awful. My boobs haven’t been that sore in a looong time. And I will try to keep them unsore for a quite some time again now. 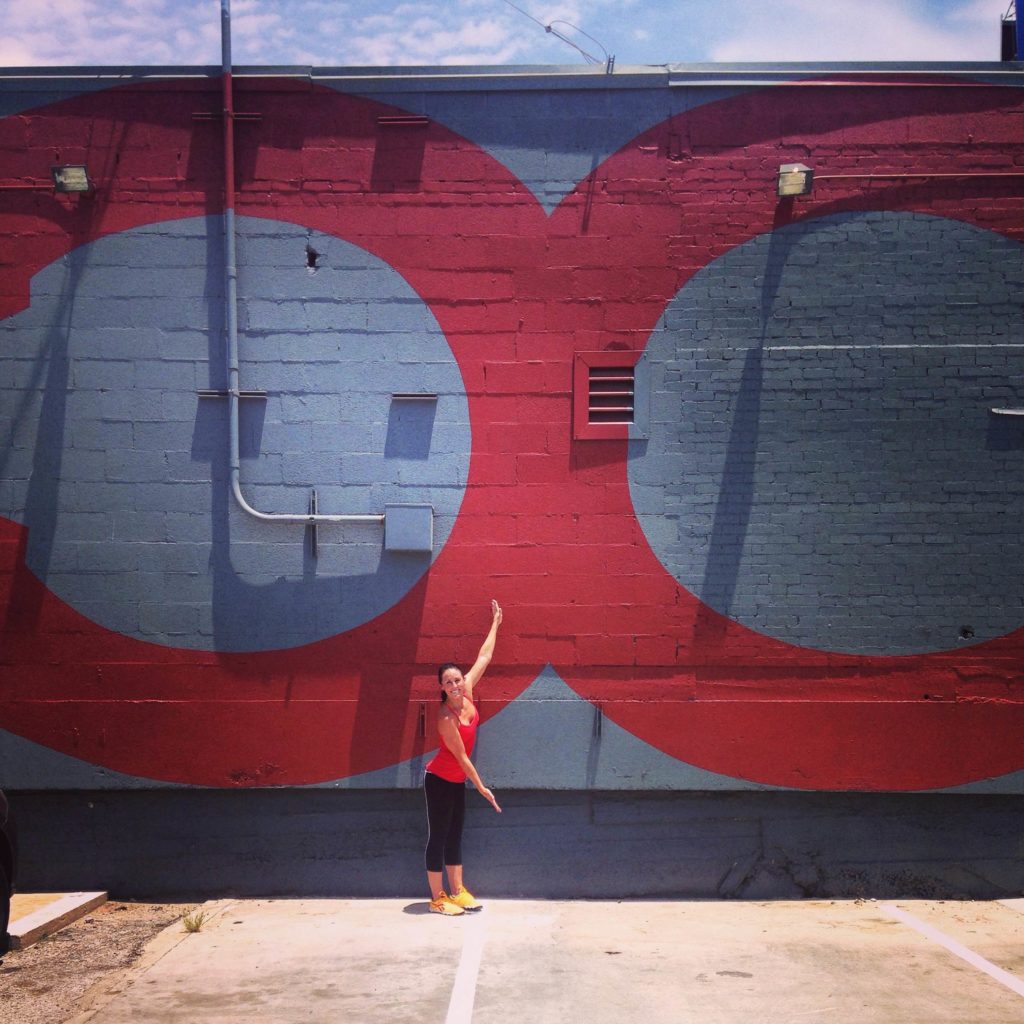 After the workout, my friend Lauryn and I headed straight to Picnik for a giant water, a Kosmic Kombucha, a chocolate mochalatte, and a Granilla Bar. It was exactly what I needed post workout: liquids. Every time I go to Austin, I forget to bring a headband. And every time I go to Austin, I end up doing a REALLY hard workout with a ton of sweat involved. This time was no different. So not only did I sweat a ton, but I sweated directly into my eye balls. I’m pretty sure the sweatiest part of my body is my head, after my armpits…and feet….and boobs. Ew. 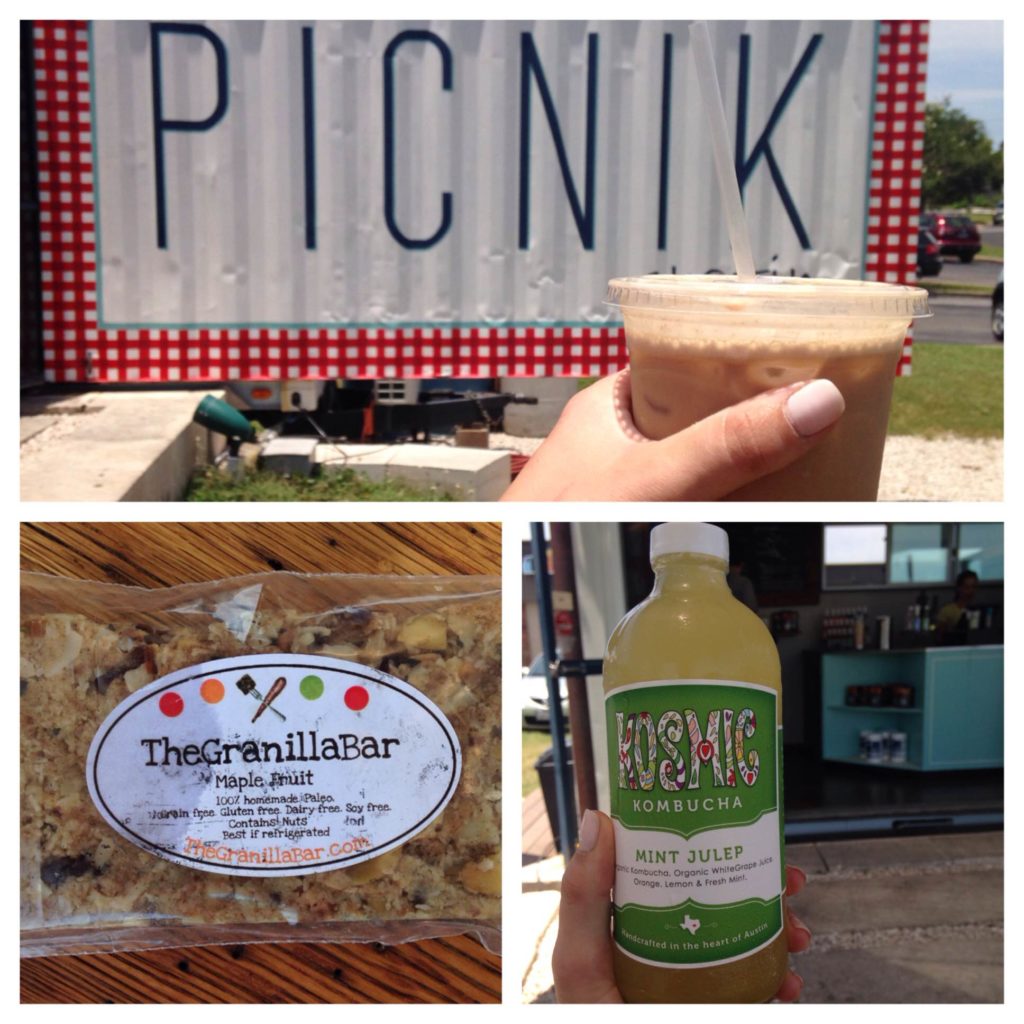 After I took a much needed shower, we headed back to CrossFit Central to chat with some crossfitters and non crossfitters in the area and sign some books! It was a really great turnout and we ended up selling out of all of our books! The best part of that night was that as soon as we walked in to the gym, the AC broke. So it went from being 74 degrees to 85 degrees. One thing I can tell you that I learned is that it’s incredibly difficult to concentrate on the questions you are answering when you have droplets of sweat slowly dripping down the back of your ass and onto your legs and you’re hoping to God that they don’t drip on your turquoise pumps. But I got through it and I don’t think anyone noticed that I was sweating balls…until they hugged me and their arm went sliding off my stomach. Cute. Real cute. 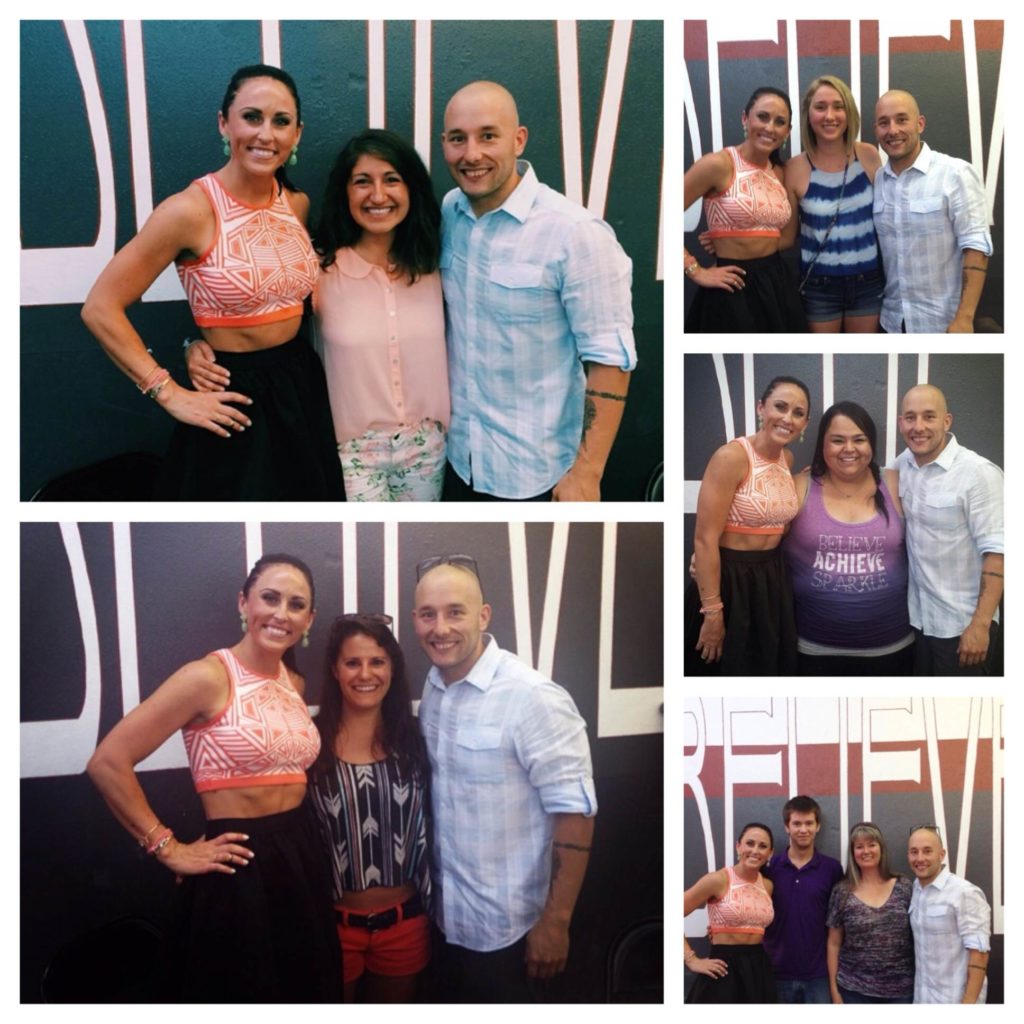 Since our events usually go until 9-9:30, we don’t tend to eat dinner afterwards which kind of blows. So I was EXTREMELY pumped when Fixed Foods brought us some already prepared food for dinner. Fixed Foods is a brand new meal delivery service out of Austin and I am seriously in love with them. These skewers below were hands down one of the best paleo delivered meal I’ve had. AND I couldn’t even warm mine up because I didn’t have anything in my hotel room. If I lived in Austin, I’d be getting their meals delivered on a regular basis for the days I was sick of cooking! 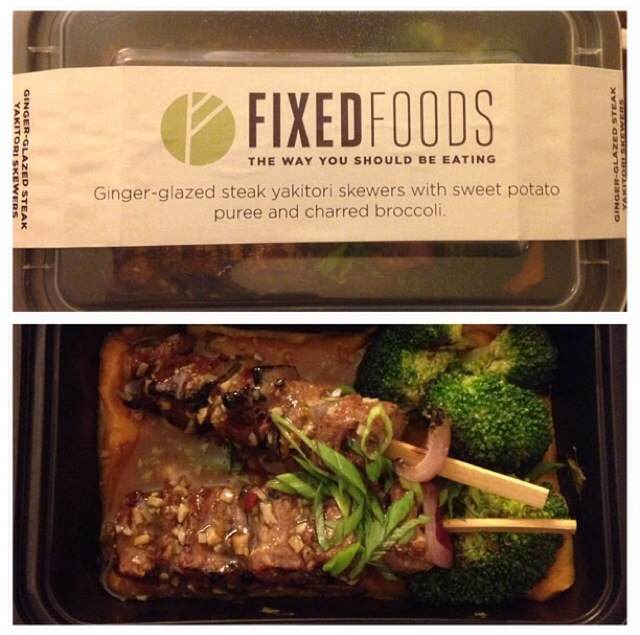 The next morning we stopped at 24 Diner to get some breakfast hash. You can’t go to Austin and not go to 24 Diner. It’s by far my favorite restaurant in Austin. It’s just one of those must try restaurants because everything single meal you try there, you will LOVE. I decided to get a regular sized 24 Hash topped with avocado. It was HUGE. I probably at 1/8 of it and packed up the rest for lunch. They a warning label about how big their normal portion size is. But isn’t that hash one of the most beautiful things you’ve ever seen? I don’t know how they do it but they do it WELL. 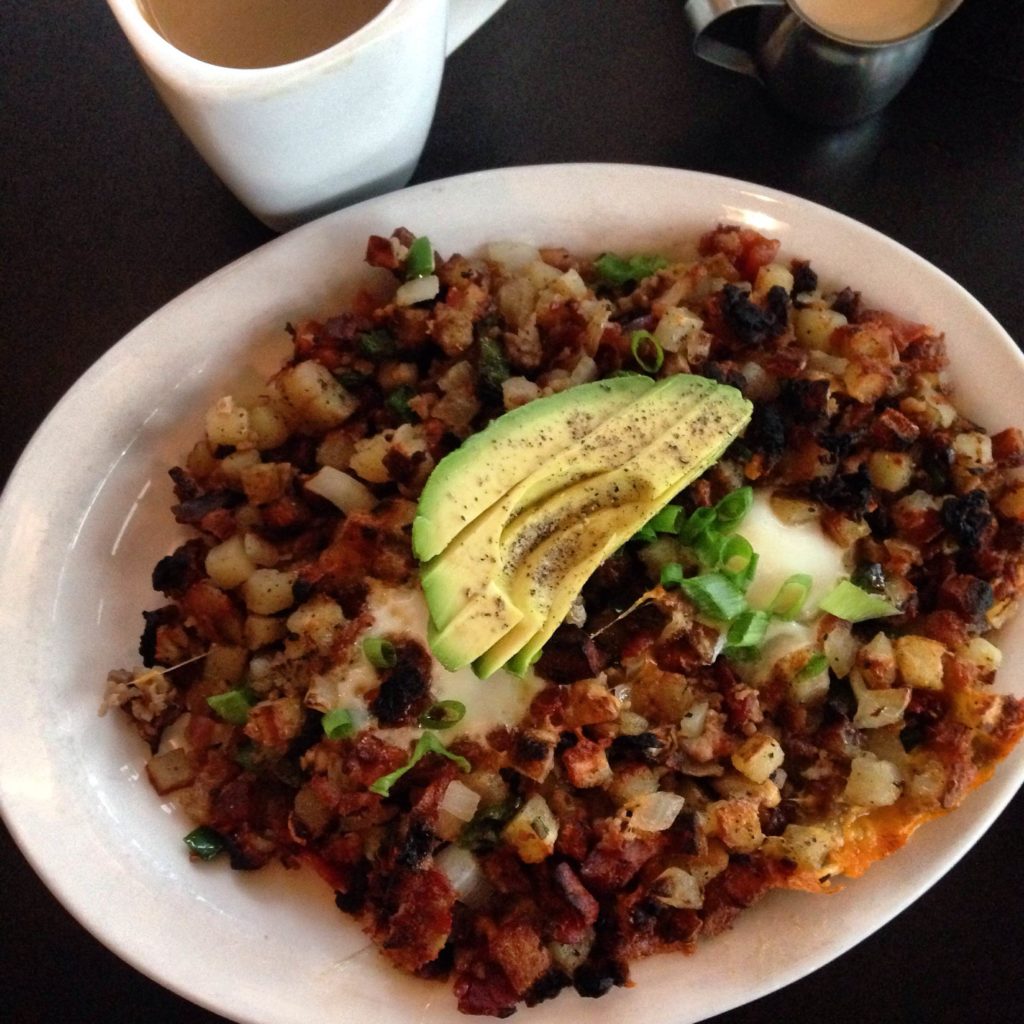 And before we left town, we just HAD to stop at Picnik once more. I was so full from breakfast but people kept raving about how her Blondies are the best thing you will ever eat. They were right. I’ve never tasted something so awesome. I wish I could have her recipes to make at home just for myself. It was awesome. So I ate part of that and saved the rest for my afternoon treat, as well as picked up a Mocha Chocolatte just like I had done the day before. So good. 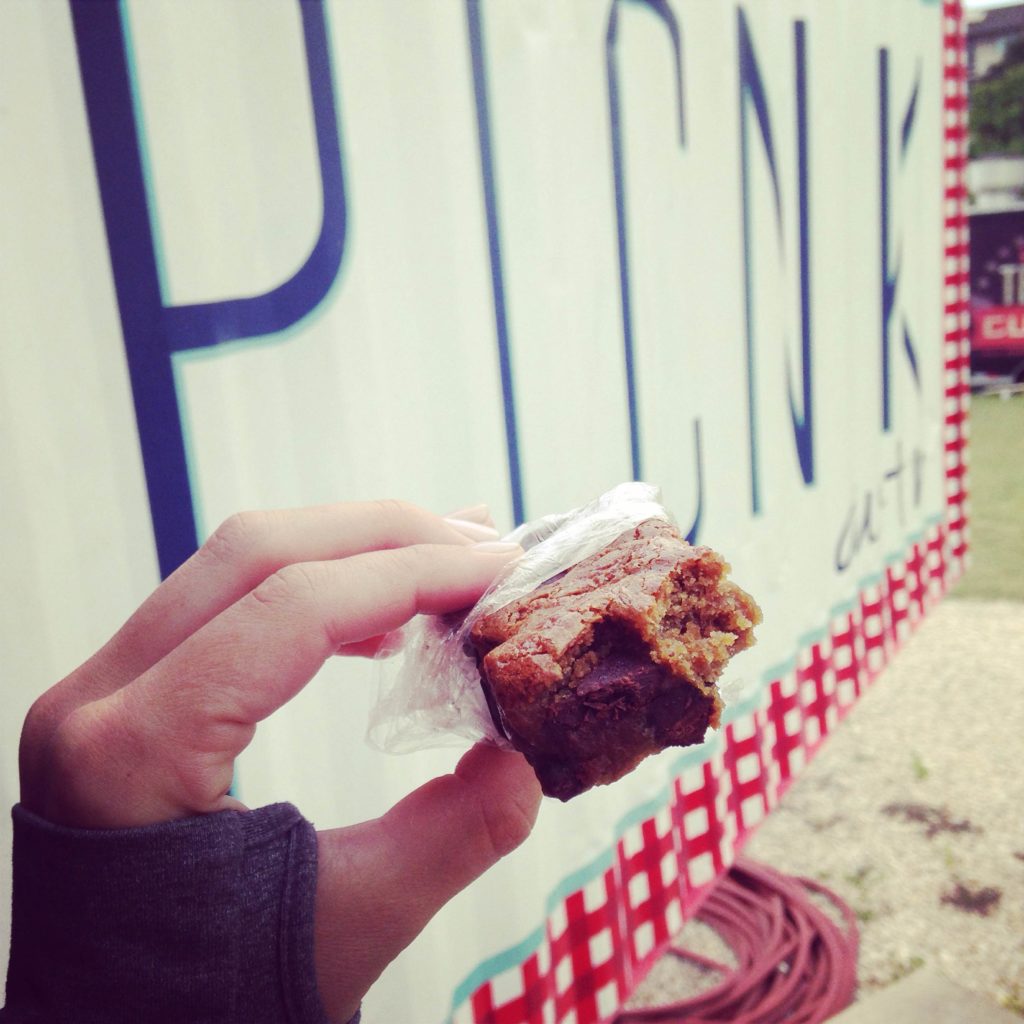 After driving to Houston and checking in to our hotel early, I worked for a while then passed out in my room. I don’t know how driving can make you so tired. Maybe it was because I was so alert the whole time trying not to get run off the road by Texas truck drivers! What the hell is that about? We have a crap ton of semi truck drivers here in CO and I never feel that way. I swear in Texas that every truck tried to slightly merge into my lane. Sketch. After napping and globbing on the make up again, I headed out to Ruggles Green for a burger and sweet potato fries. It was awesome. And the best part is that I got some gluten free carrot cake to go for after our event. Beauty. 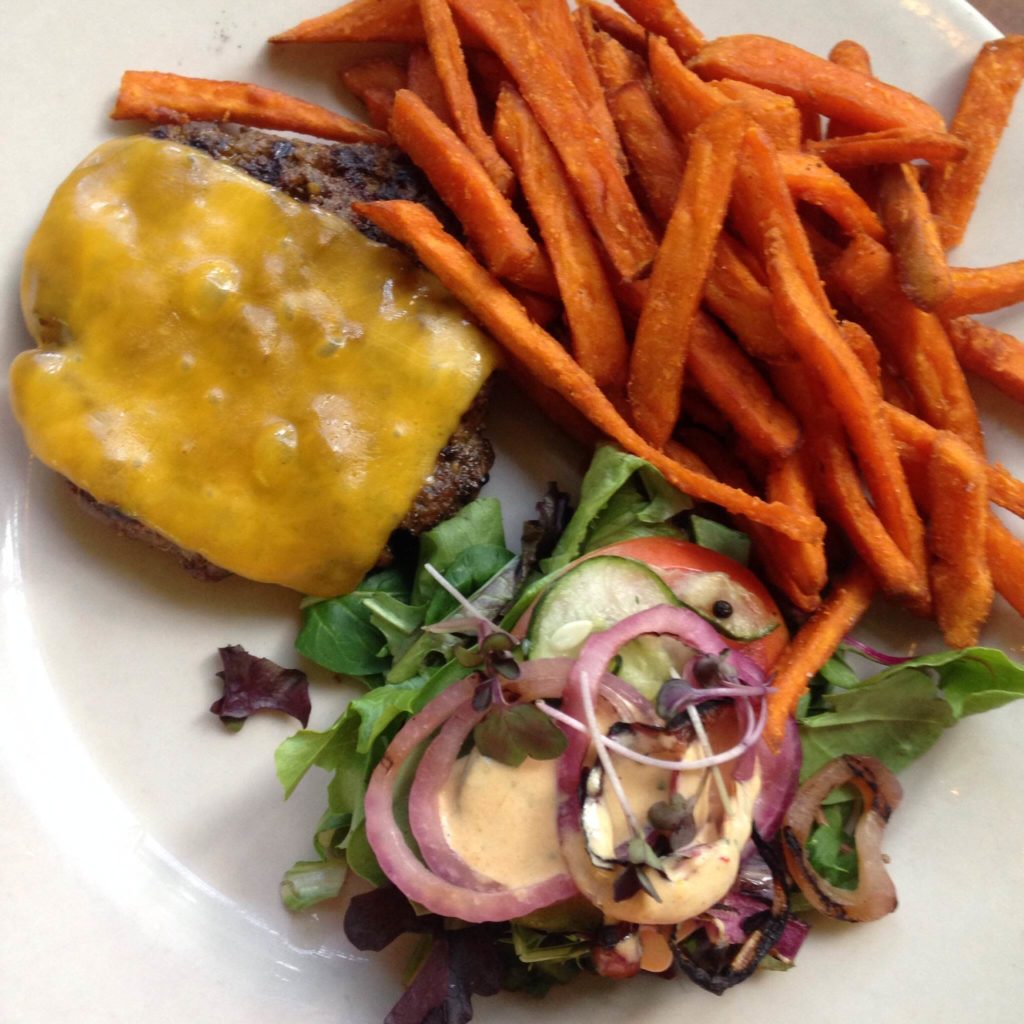 Our event was held in a little quaint bookstore called Blue Willow Bookshop where I’ve heard Chelsea Handler comes to sign her books a lot. I think that’s pretty rad because someone has called me the Chelsea Handler of paleo. I think I was probably a little easier to deal with than her, but who know. We had an amazing turn out with A TON of people. Texas people sure do love their paleo. 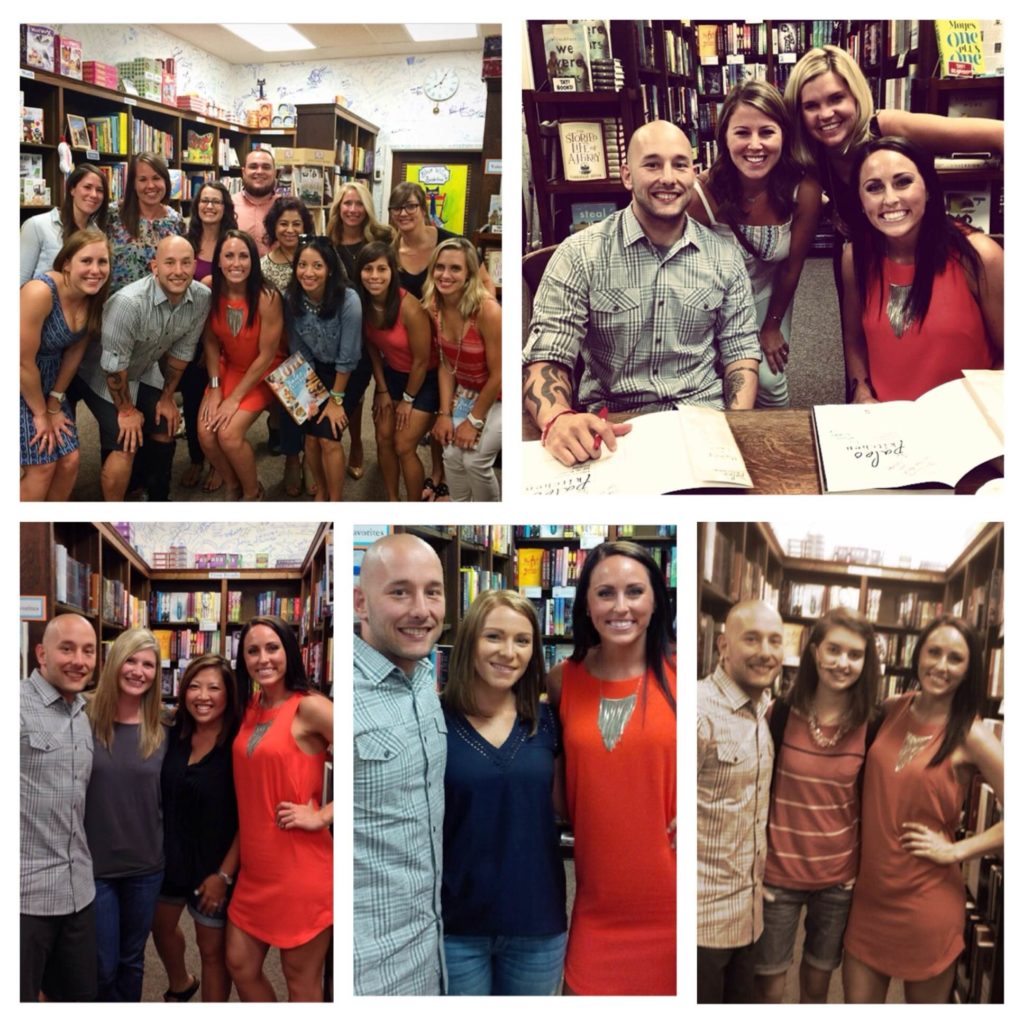 At our event, the hubby of The Granilla Bar brought us some goodies to have on our trip home, so I packed those along with some dang coconut chips and ate those on the flight back. As soon as I walked in to my house, I got in pajamas, turned on some Keeping up with the Kardashians, and passed out for a couple hours. I missed heading to the gym, BUT I did head to my friend Joy’s house to record a podcast with her and Claire for Girls Gone Wod Podcast! It was their 54th episode. Take a listen! 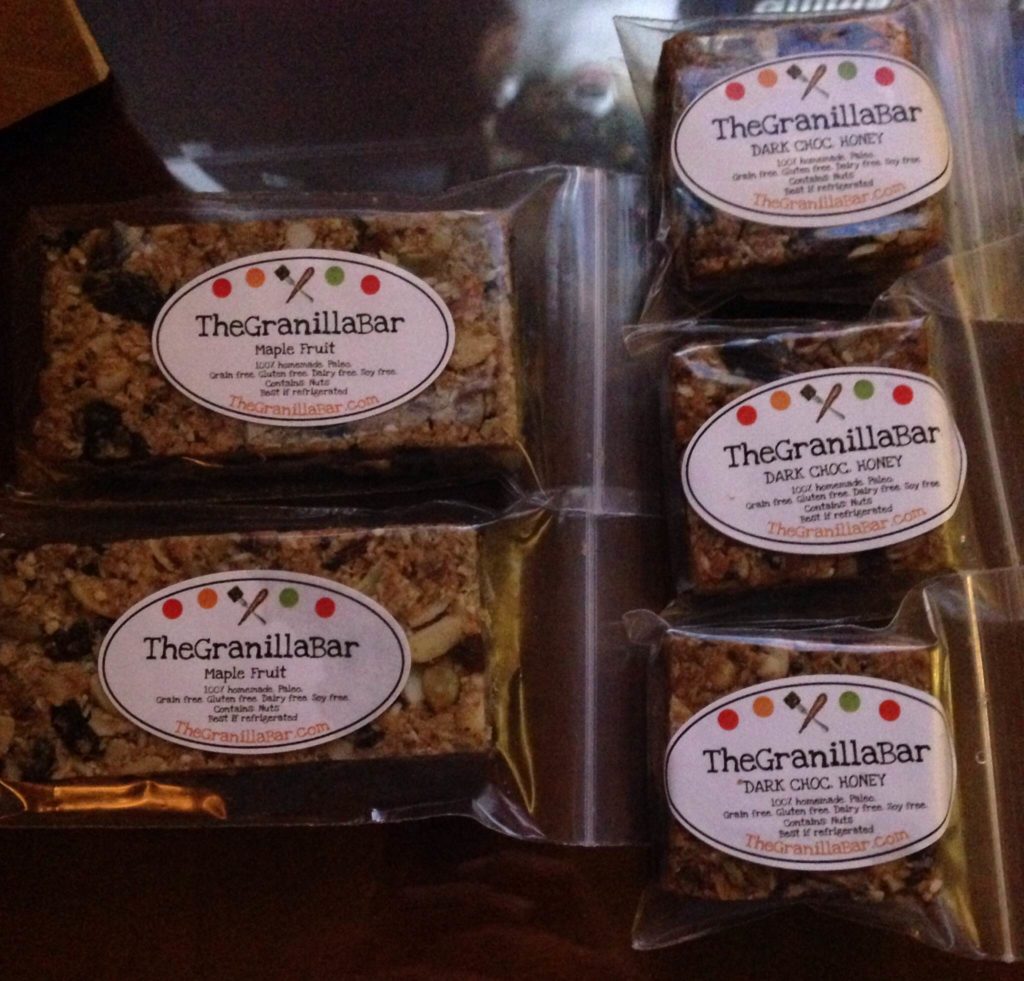 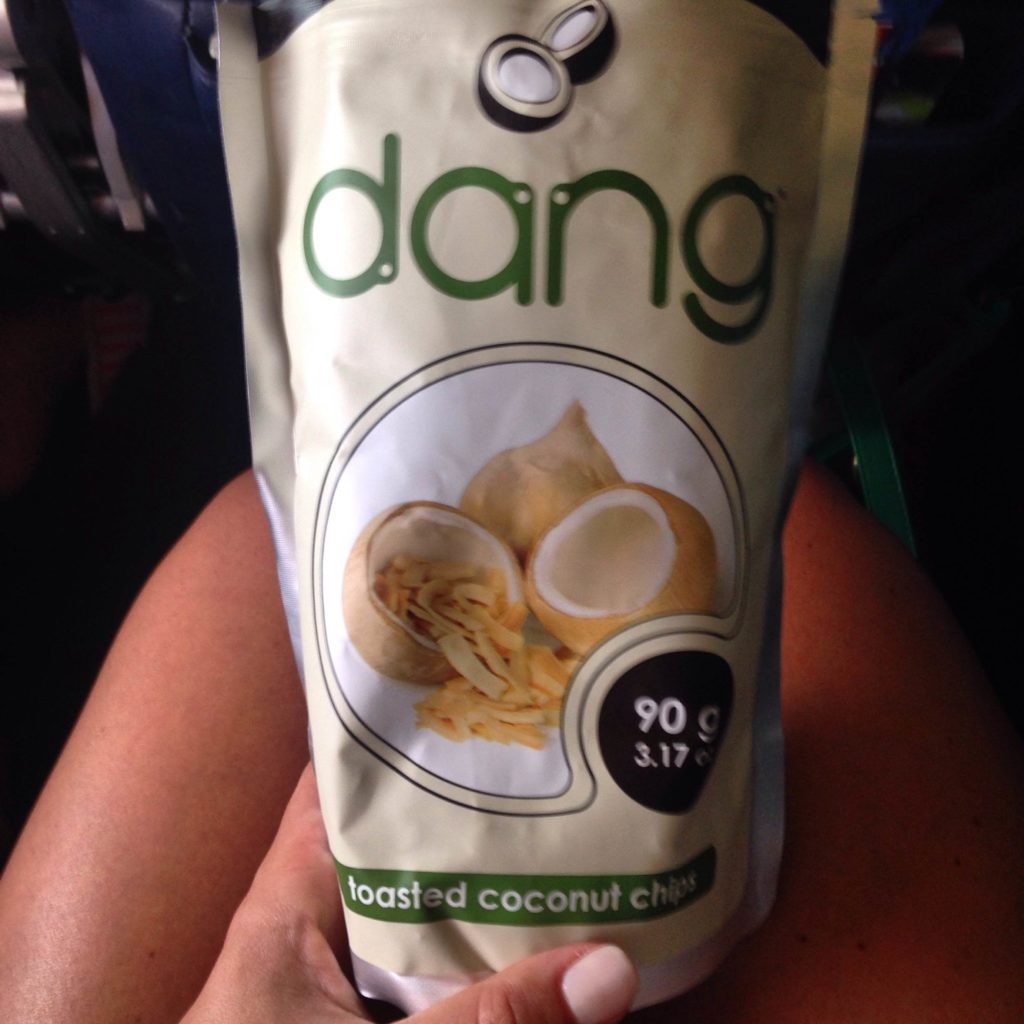 Now I think I might go back to sleep again. Good day to you sir.

15 thoughts on “Treats & Eats during our Texas Book Tour”