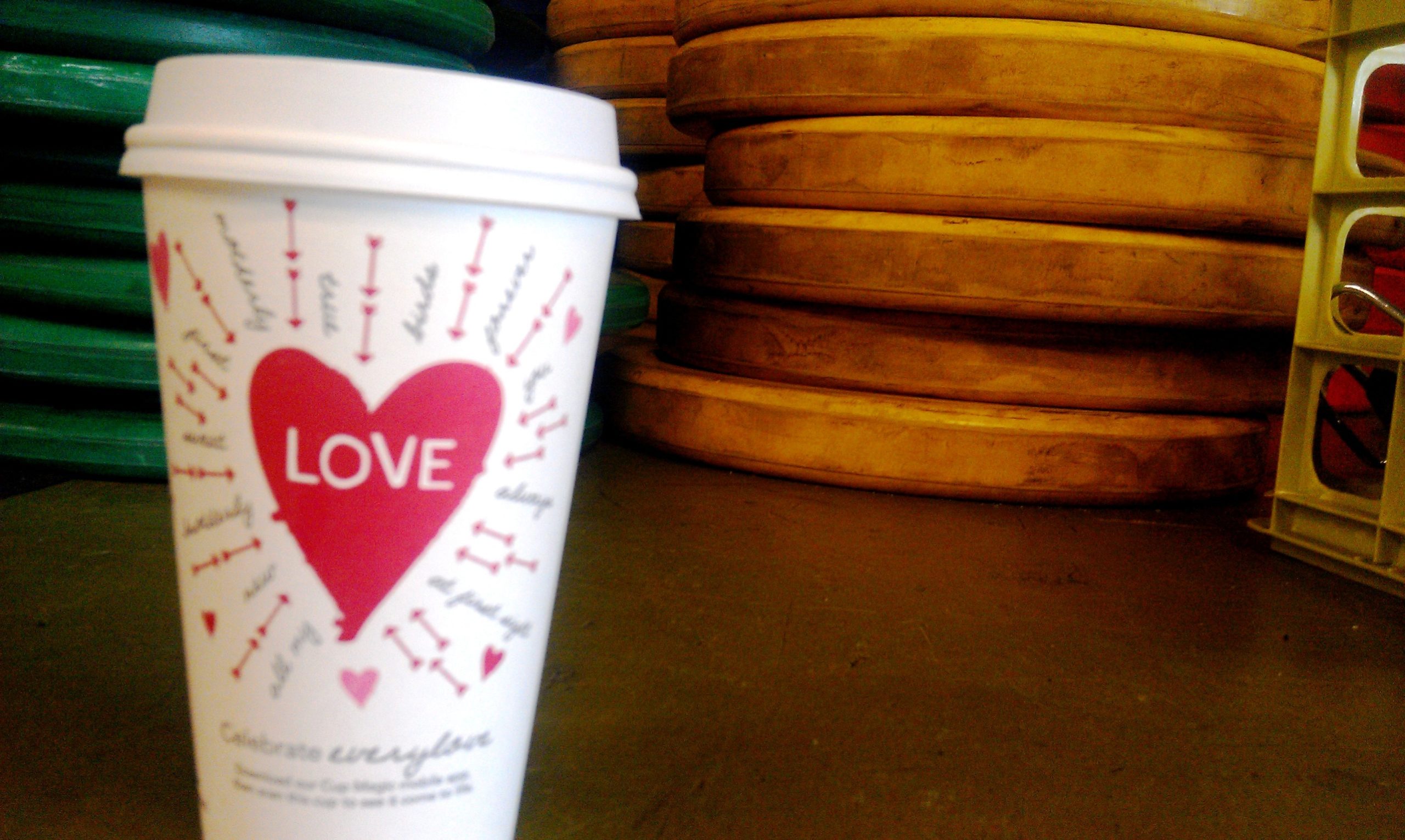 Disclaimer: This is not a happy-go-lucky Valentine’s Day story. It’s me calling a douche bag out.

It is Valentine’s Day. Oh yes it is. A day that was pulled out of someone’s ass, most likely a person in love, to make the economy thrive for only but a day, strictly based on the purchases of flowers alone. It’s a day created around jewelry, roses, candy, sex, lust, lingerie, dinners, desserts..blah blah blah. A day that some look forward to so much while others are in absolute fear of it. I must take the latter. But that’s because I’m single and have no dinner date on my horizon. I’ve replaced love with a barbell. So much easier to deal with than a boyfriend.

Instead I will be watching Twilight Breaking Dawn with my roomies tonight on this cold Valentine’s Day. It’s always nice living with other single girls. Then we can b*tch about men…or our lack of, talk about how being single is so awesome, all while consuming too much chocolate. In the reality of things, we will actually be yearning for a make out session from a guy who just took us out to dinner, wishing that someone had sent us a Valentine, while actually just harboring our depression through eating copious amounts of dark chocolate walnuts. Ok, let’s be real, I’m talking about myself.

Ok, I’m being a bit over the top. Let’s just jump to the story because it’s a beauty.

So around this time last year, I was dating a Max M. He seemed like the perfect guy. We would go out to lunch almost every day, he would take me to fancy dinners, we would workout on Sundays then run to brunch downtown…everything I thought I wanted in a guy, he was it. He called me his girlfriend, told me he was falling for me, and said I was the perfect girl for him. Ha, what a f*ck.

On Valentine’s Day last year, he told me he had to take a business trip to Arizona. He said he was always having to travel for work and since he works for a big, well known company, I never thought anything of it. So when he got back from his “1.5 day trip to Arizona” we went out to a great dinner on Feb. 15th at the incredibly delicious d Bar. I was happy as ever. I mean, I did get to have bacon wrapped dates at dinner. Why wouldn’t I be happy?

Well, I stuck around with this guy until about April. He called me his girlfriend (even to one of his ex girlfriends), met my dad, I met his brother…all the jazz that goes along with a relationship, but I started to feel weird about things. He would show up to things 1-2 hours late, tell me we were going to do something then cancel last minute…so I ended it. He made me feel insecure about myself and I couldn’t figure out why. So I just broke it off with him. Anyone who makes you feel insecure about youself is a f*ck tard. Plain and simple.

This is where the fun starts, though. Through the wonderful world of social media, I received a friend request from a girl on Facebook that had her profile picture with the one and only Max M. I wrote her, telling her I wasn’t sure why Max’s new girlfriend was adding me on FB, but I didn’t want to accept her for that reason, nothing against her. Well, turns out she had been Max M.’s girlfriend for the past 9 months. You do the math.

So this grown man had been buying gifts for 2 women, talking on the phone daily to 2 women, texting 2 women, emailing 2 women, all while telling both of us he could see himself marrying us one day. Well Max M., I’m not sure where you were raised, but you’re not allowed to marry 2 women in the state of Colorado. Weird, I know. But it’s the truth.

So this dude would hang out with me on his lunch hour or work out with me at night, then go home to his actual girlfriend. He would take her on vacations while he told me he was either leaving for business or going somewhere with his family, all while keeping me on the side with me knowing NOTHING. What a tool. This guy thought he was God. Straight up. Thought he could have his cake and eat it to.

Well that’s a long story, I know. But that’s not even half the sh*t I found out about the tool. Wicked cool story if you ask me. I felt like I was in a daytime drama. Without as good of looking people…meaning him.

The moral of the story is…if you are celebrating Valentine’s Day with an amazing person this evening, cherish it. Be proud to be with someone who cares enough about you to play along with the bullsh*t of Valentine’s Day. Whether that means they wrote you a card, sent you flowers, or just told you they loved you, you mean something to them. Tonight, I will not be thinking of a bro, especially if he says he has a business trip. Instead I will be spending it with the people I love. My best friend Laura and my girlfriend Steph. Chocolate in tow. Twilight on the tube, making me wish I knew a vampire.

That should be my new slogan. Kthanksforreadingbye.

92 thoughts on “A Valentine’s Day Story”