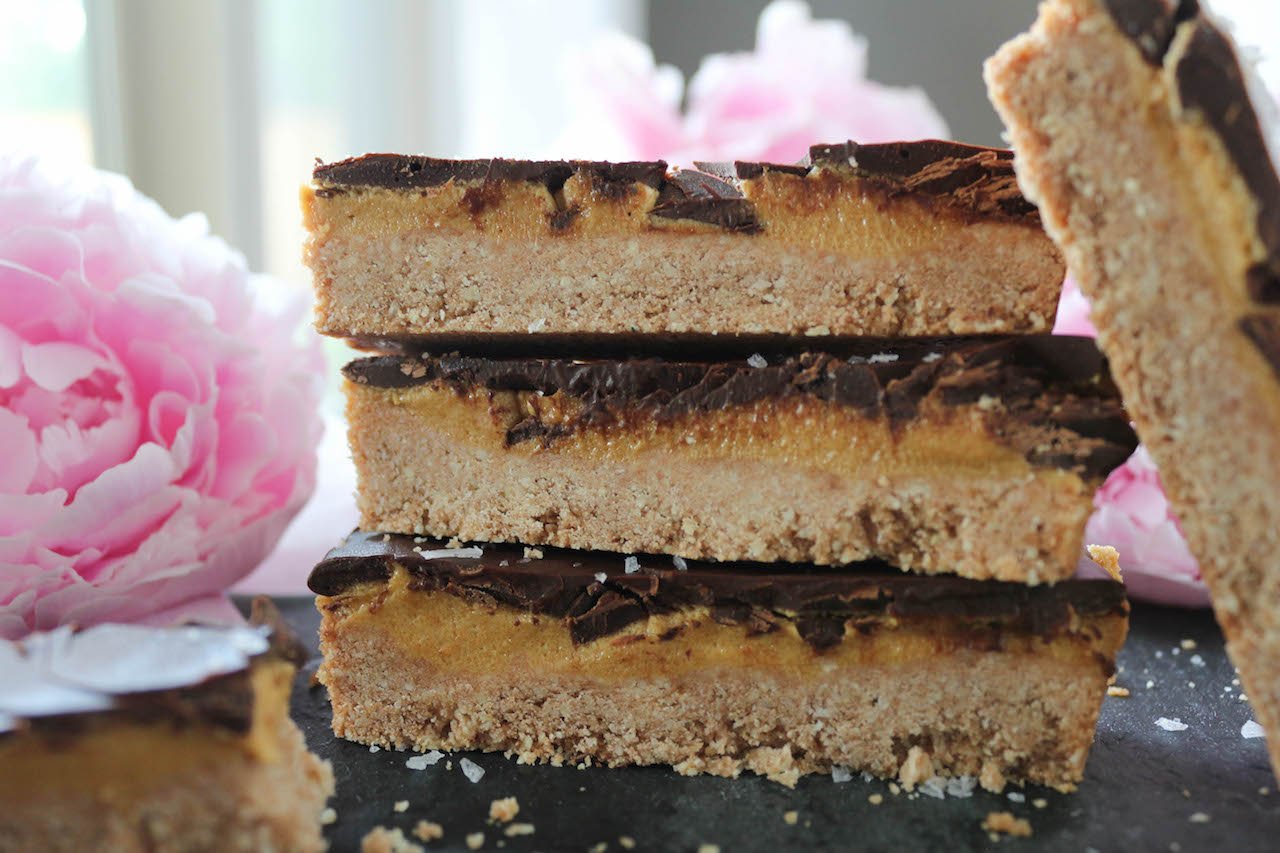 Let me first preface this recipe by telling you something really important here: I LOVE THIS FREAKING RECIPE!! No, I effing love it. It may be one of my favorite dessert recipes of all time. And I tested it out on 5 different people, most of them non-paleo people, and they all loved it. So just make this. Stop questioning it, just do it. After you read my Bachelorette recap duuuuuuuh.

First of all, why the fudge is the Bachelorette not on next week? You mean I have to wait 2 more weeks to see JoJo cry her eyes out for a reason that is completely unapparent to me?? I hate you ABC, I hate you. If I come to find out that some presidential election bullsh*t is on instead of the Bachelorette…oh, you’ll hear about it. Except the election is very similar to the mansion’s dramatic incidents, so I guess it will do.

Anywho, where the hell to start? Last night was one hell of a mess. Chad style. But we will get to that a bit later. Let’s first talk about the super awkward dates. 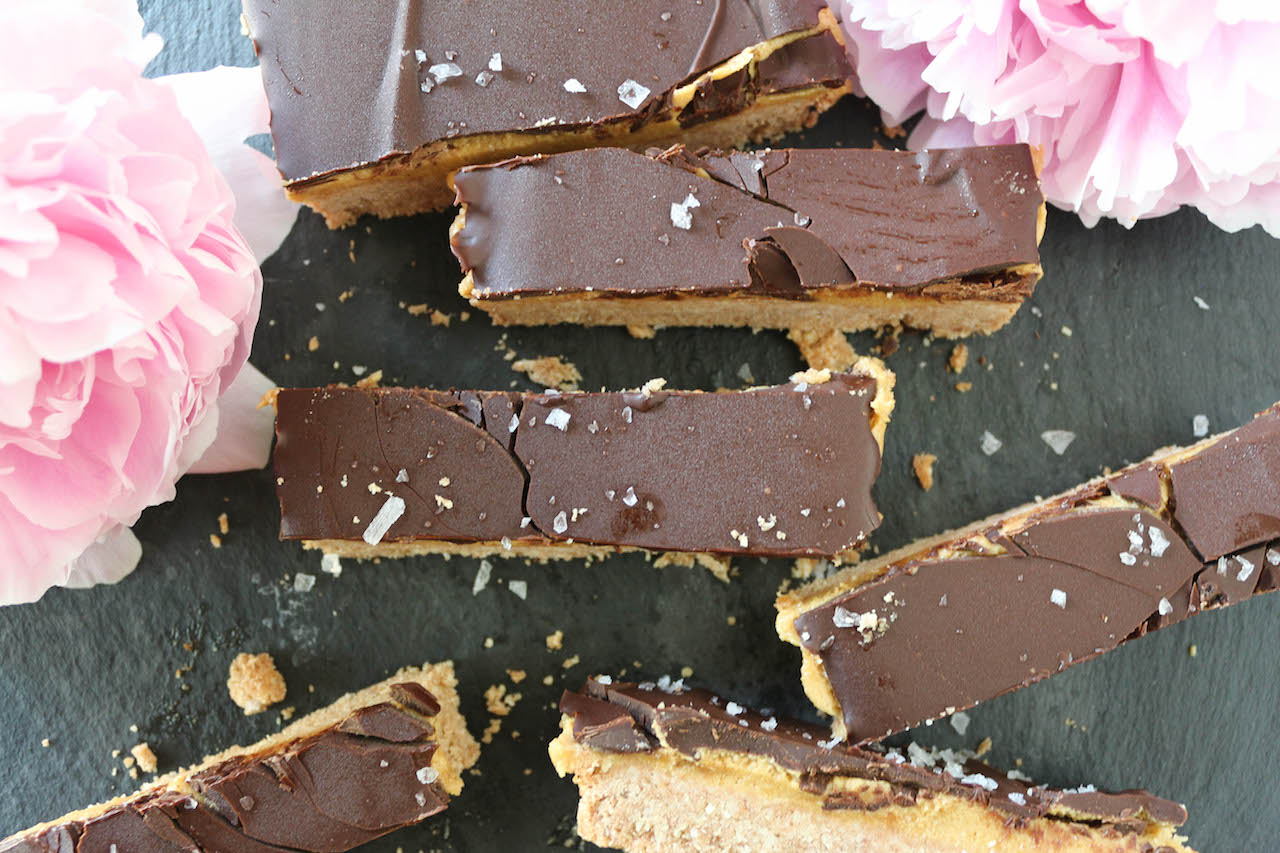 So obviously Chad took center stage these past two episodes. But he was a bit of a disappointment. He was so so boring, but then he would have these waves of massive anger, but still be boring when he was threatening people. Honestly, he looked like me 2 weeks ago when my birth control sent me into an angry b*tch spiral. Maybe he’s just on birth control. Either way, I’m glad he got the boot. He reminds me of the dude Charlotte from Sex and the City dated for a little bit but then he ended up fighting everyone no matter what the incident. Chad is that guy. He would fight someone at a restaurant for spilling JoJo’s drink. Fo. Sho.

Other things that caught my attention this week: their sweet microphone puka shell necklaces. The creators of that incredibly beautiful jewelry should win an award for outstanding attention to detail. They were magnificent. And what’s up with JoJo bringing up Ben again? He must be watching this and loving the fact that she keeps bringing him up. So awkward. Did you see Chad eat a full baked sweet potato? What an odd thing to eat with your hands. Not saying I haven’t done that at a competition when I forgot utensils, but biting through the skin when you have a knife and fork readily available in a giant mansion, come on bruh. Just odd. Sh*t, I bruh’d him, he’s definitely going to come find me. I wish I could act like I was joking, but a small part of me is definitely scared of the Chad. I would beat him in thigh size, but he would beat me with…anything around him. Ahhhhh.

Now seriously, what’s JoJo crying about in the next coming episode? And WTF am I going to talk about next Wednesday?! Balls. 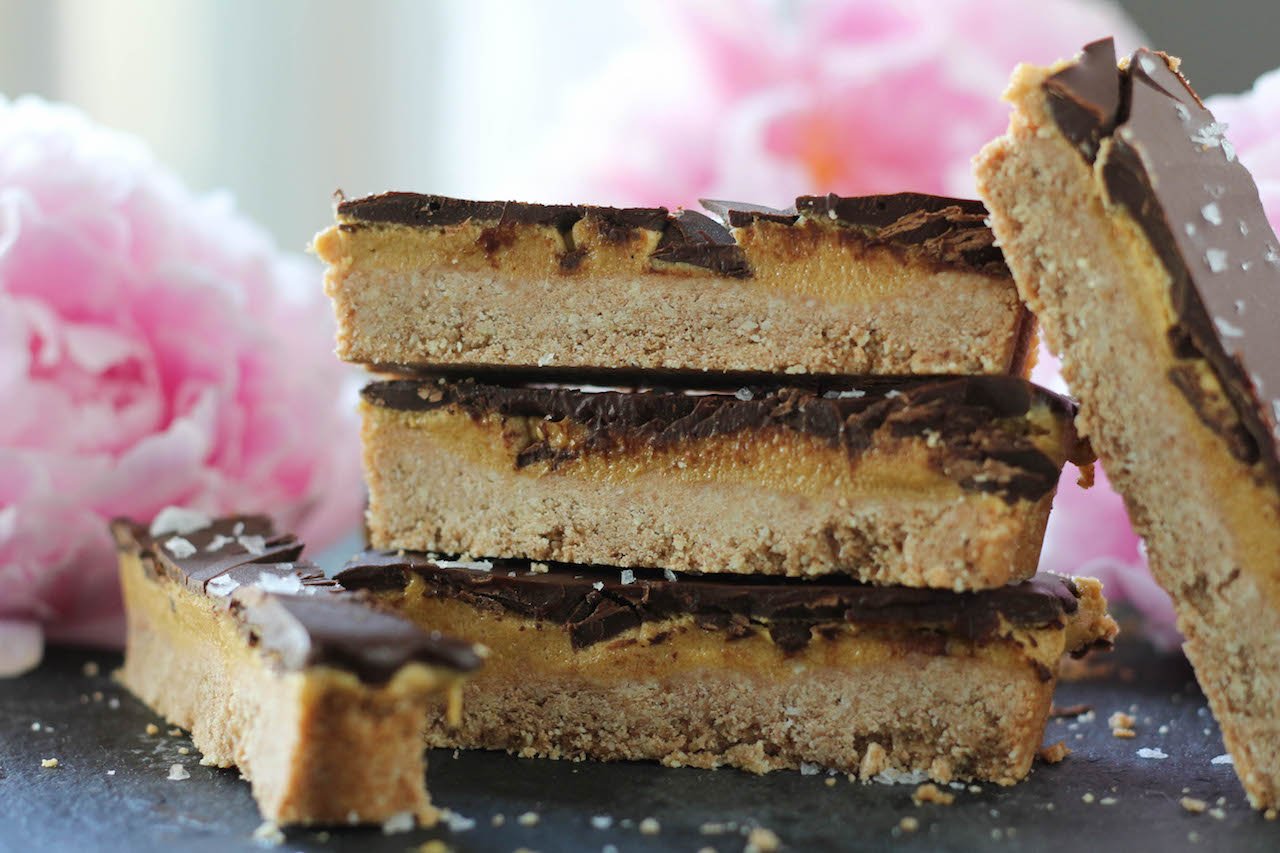 For the shortbread crust

For the “peanut butter” layer

*If you don’t have a quiche pan, you could always use an 8×8 dish, they will be a little thinner so you will have to watch the baking time, but it will still work 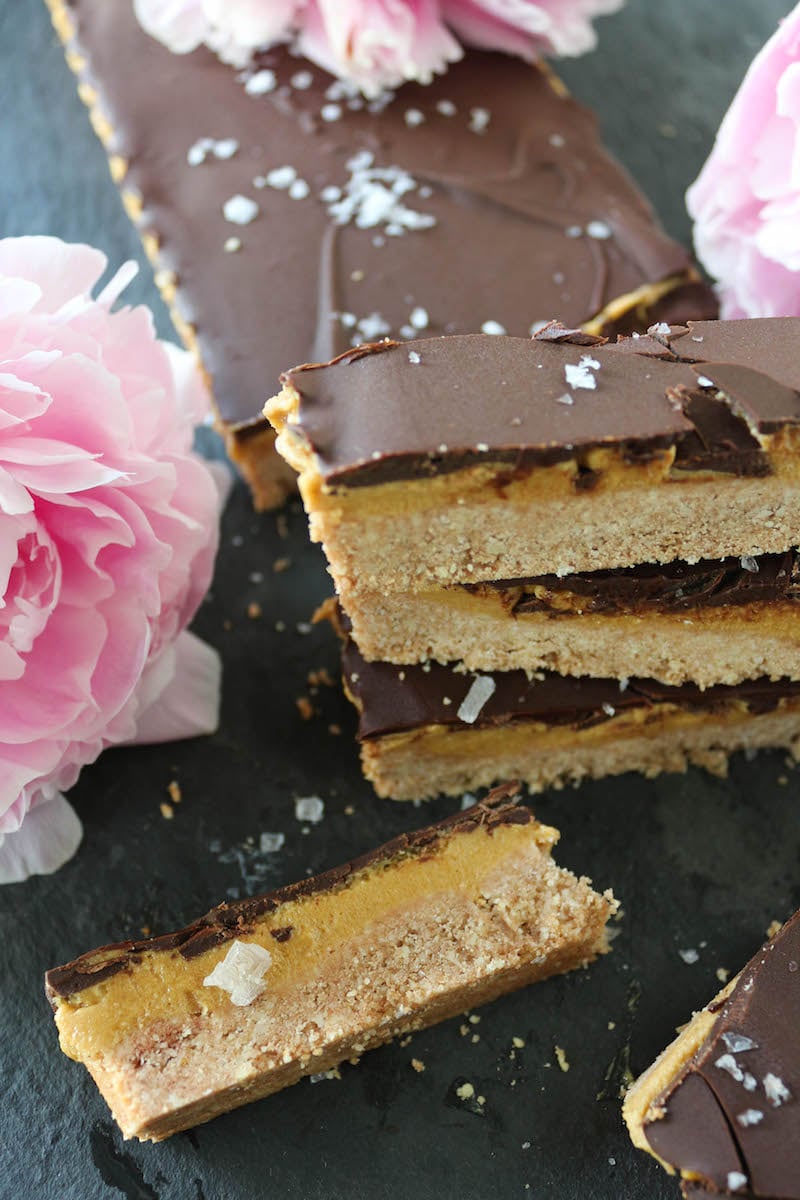 More Layered Ideas For Ya: 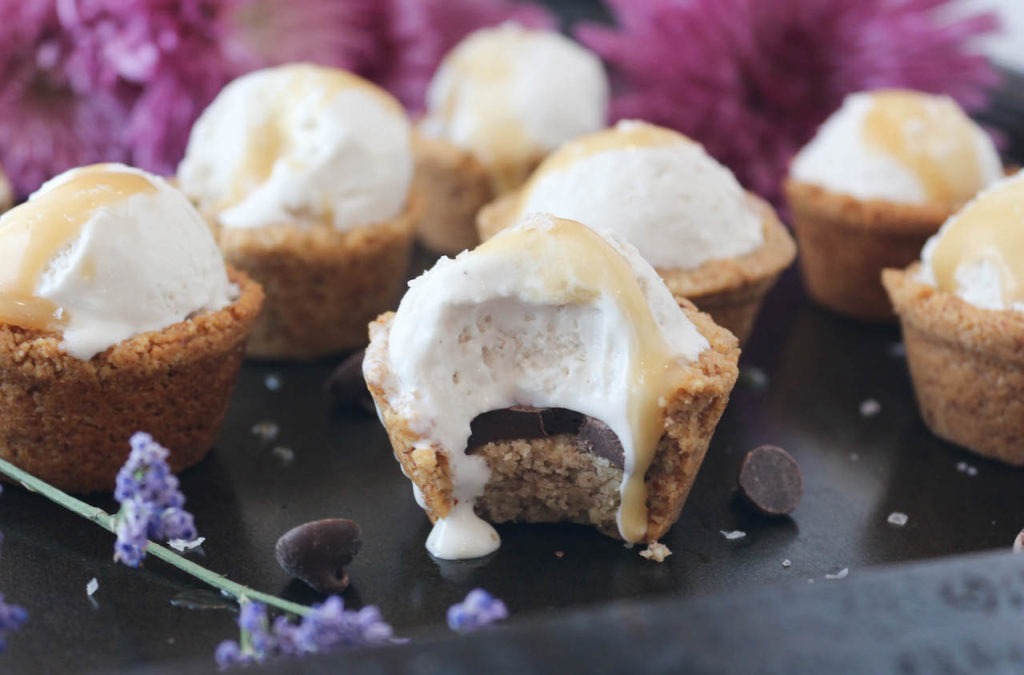 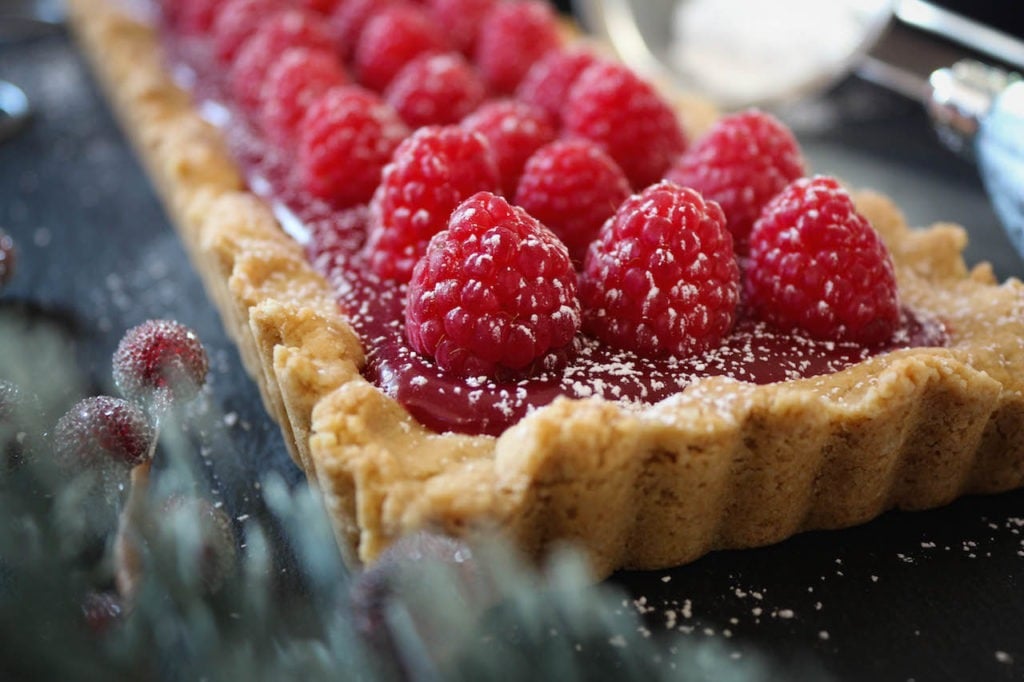