Why I Continue To Change My Diet 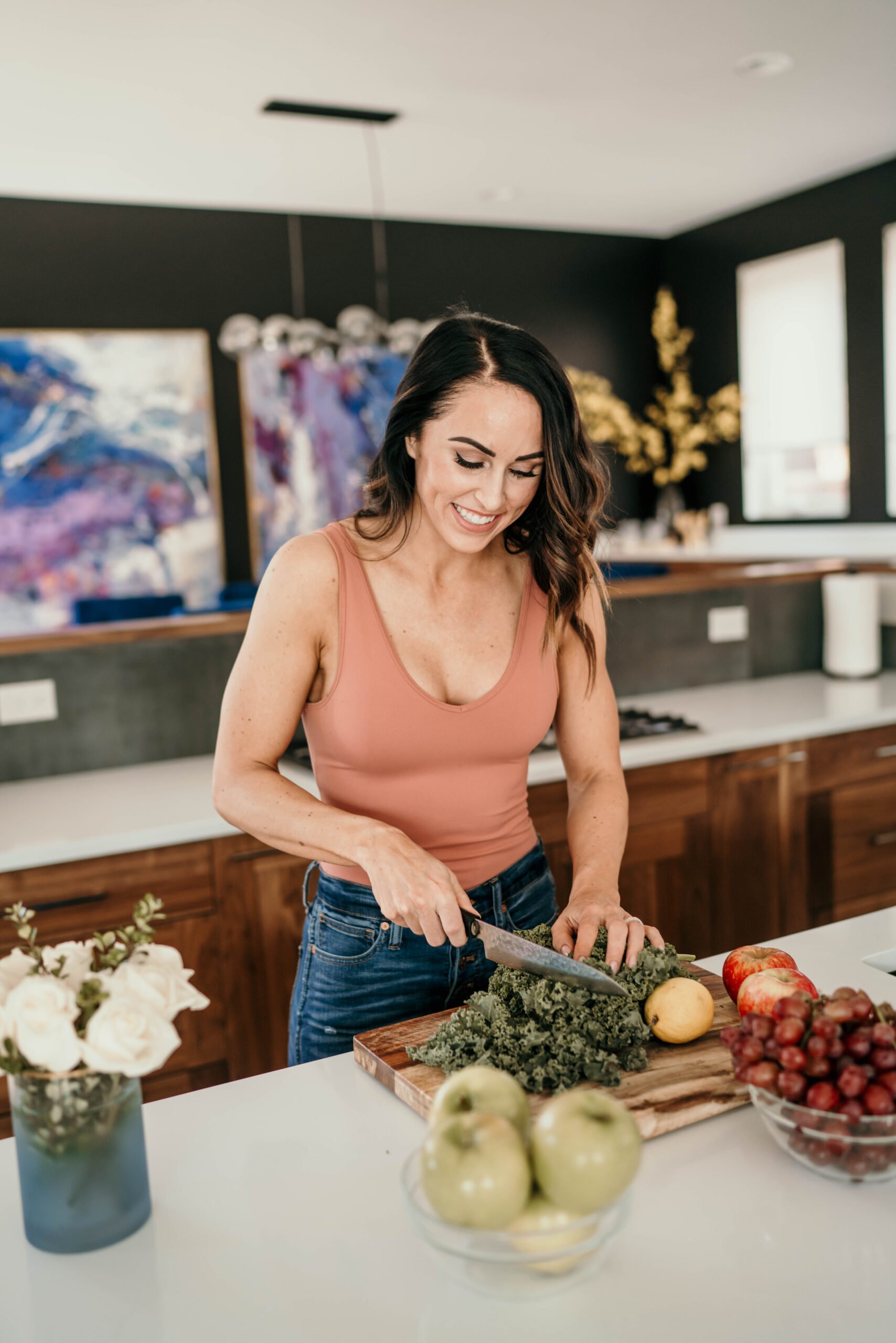 When I started PaleOMG almost 11 years ago, I was 23 years old and had very narrow thinking that one way was the best way when it came to food and exercise. And I thought I had figured out the best way – paleo. So I stuck with that diet for years, thinking it was the best thing for me and no other way of eating out there was near as good. Well that type of thinking led to poor behaviors within myself and I began to notice those behaviors over time. I would find myself binging on chocolate because it was “paleo chocolate” or staying away from most carbohydrates because that’s what my paleo friends were doing. But as time went on, I began to notice these unhealthy behaviors and how crappy I felt because of them. I was telling people paleo was the best way of living, but that way of living didn’t make me feel good nor did it bring me much joy.

In 2015(ish), I began to shift away from that way of thinking. I stopped thinking of foods as good or bad and just began looking at them like food. Some food gave me more energy, some food made me feel better compared to others, and some food gave me immense joy in the moment. There was no right or wrong and there was no restrictions. In that year, I began to understand my own behaviors and how restriction didn’t work for my mind or body. And as soon as I let go of the restriction and telling myself I couldn’t have something because it wasn’t paleo, I actually began to see myself lose weight naturally. And I felt better than ever! The restriction and the stress had all been holding me back instead of progressing me forward into a healthier lifestyle.

But something paleo did teach me was that I didn’t feel great when I ate most gluten. And this was likely due to the intense damage from processed foods while growing up and into my college years. So when I shifted away from paleo, I stuck with eating gluten free because whenever I did eat it, I didn’t feel great. And this way of eating lasted for years and years. I would eat whatever I wanted, but I would stay away from gluten. And that seemed to work really well for me. I had lost a good amount of weight since my CrossFit/paleo days and I was happy where my body was at. Switching from paleo to gluten free at that stage in my life was the perfect transition.

Then years later, I found out about the Bean Protocol. Now this was completely different than anything I had done before. I was eating beans 6x/day or more, all to help detox my liver. And since acne is often due to excess hormones not being processed out from the liver, I decided to give it a try. I had just gone through a really stressful time in life, which caused me to lose hair and my acne to flare like it hadn’t done in years. But within months of the bean protocol, my skin was almost completely clear. I had always deemed beans as the devil since they are legumes and their lectin content, so experiencing something so positive from a “bad” food was exactly what I needed for personal growth. Trying this protocol out really opened my eyes to understanding that it wasn’t about one way of eating, it wasn’t about perfection, it was all about getting to know your body from the inside out.

Then after calming things down with the bean protocol and finding supplements that also supported my acne issues, I decided it was time to track my protein. I wanted to get stronger and put on muscle, and I quickly found out I was under eating protein by a good amount. This tracking led me to a better understanding of protein portions throughout my day and it also helped me gage what a deficit and a surplus looked like. By tracking my meals throughout the day, I learned what it felt like to go into a deficit to lose weight and what it felt like to be in a surplus when I wanted to put on mass. It simply gave me a better understanding of what my meals looked like day in and day out, and how my body felt with those different cycles. It also really gave me clarity on how simply weight loss could be when my hormones were balanced and my tracking was honest. It was really eye opening!

Now fast forward to now, 19 weeks pregnant, at a completely new stage in life. Before I got pregnant, I began trying food with gluten in it. Since the bean protocol had helped so much with balancing some of my hormonal imbalances while healing my gut, I was curious how gluten would feel. And I was pleasantly surprised! I had no issues when I would consume gluten. And that transferred over into my pregnancy. If I want gluten, I have it. We still don’t have much in the house because it doesn’t interest either of us that much, but if I’m eating out, it’s not something I worry much about anymore and I enjoy it if I want it.

But the biggest shift during pregnancy is truly listening to my body. And if I’ve learned anything over the past 11 years, it’s that your body will tell you what it needs, but you have to learn to listen to the cues. Before pregnancy, I rarely ate fruit and I didn’t eat starchy carbs on a regular basis because I felt great without them. But now that I’m pregnant, it’s all I really crave. I want more starches like potatoes, sweet potatoes, and squash. I also want all the berries I can get my hands on. And while I was traveling with my friend Jess through California, she told me about the pro-metabolic way of eating. I was immediately interested when she told me it included LOTS of fruit and carbs. So I downloaded Kori Meloy’s Freely Rooted course to learn more. Ever since, I’ve been paying more attention to getting plenty of coconut water in, drinking an adrenal cocktail every day, eating a raw carrot salad daily, and getting in plenty of nutrients through liver, oysters, sardines, pastured eggs, raw dairy, grassfed beef, wild caught seafood, and lots of fruits and sweet potatoes. I don’t follow the lifestyle exactly because I love my leafy greens and beans, and they seem to work great for my body, but it’s a way of eating that feels really right to me in this moment of time. The Freely Rooted course has taught me so much and I’m really thankful to have even more knowledge when it comes to nutrition.

I wanted to share this long history of eating to show one thing – diets change as much as our lifestyles change. One way of eating may not work for us in another chapter of life. And that doesn’t mean paleo or gluten free or the bean protocol or pro-metabolic isn’t the right way of eating. All these different stages of eating have given me tools to help me understand my body on a deeper level. With paleo, I learned how important the quality of food is and how processed foods affect our bodies. With the bean protocol, I learned so much about the liver and the importance of soluble fiber. And with the pro-metabolic way of eating, I’ve learned how beneficial certain foods are and how they play a key role in the functions of our bodies.

If you feel stressed and overwhelmed trying to figure out the best way of eating, please know there is no one best or superior way. Know that whatever you try, it will you give a new tool in your toolbox to help you understand your body on a deeper level. And with each thing that you try, you’ll be a step closer to the healthiest version of you. Remember to be open to change, be open to different ways of living and eating, and be open to the possibility that what you always thought was right, may not be right for you any longer. The more open you are, the more you will be able to expand your health over time.

14 thoughts on “Why I Continue To Change My Diet”