A Day of Travel with Me! 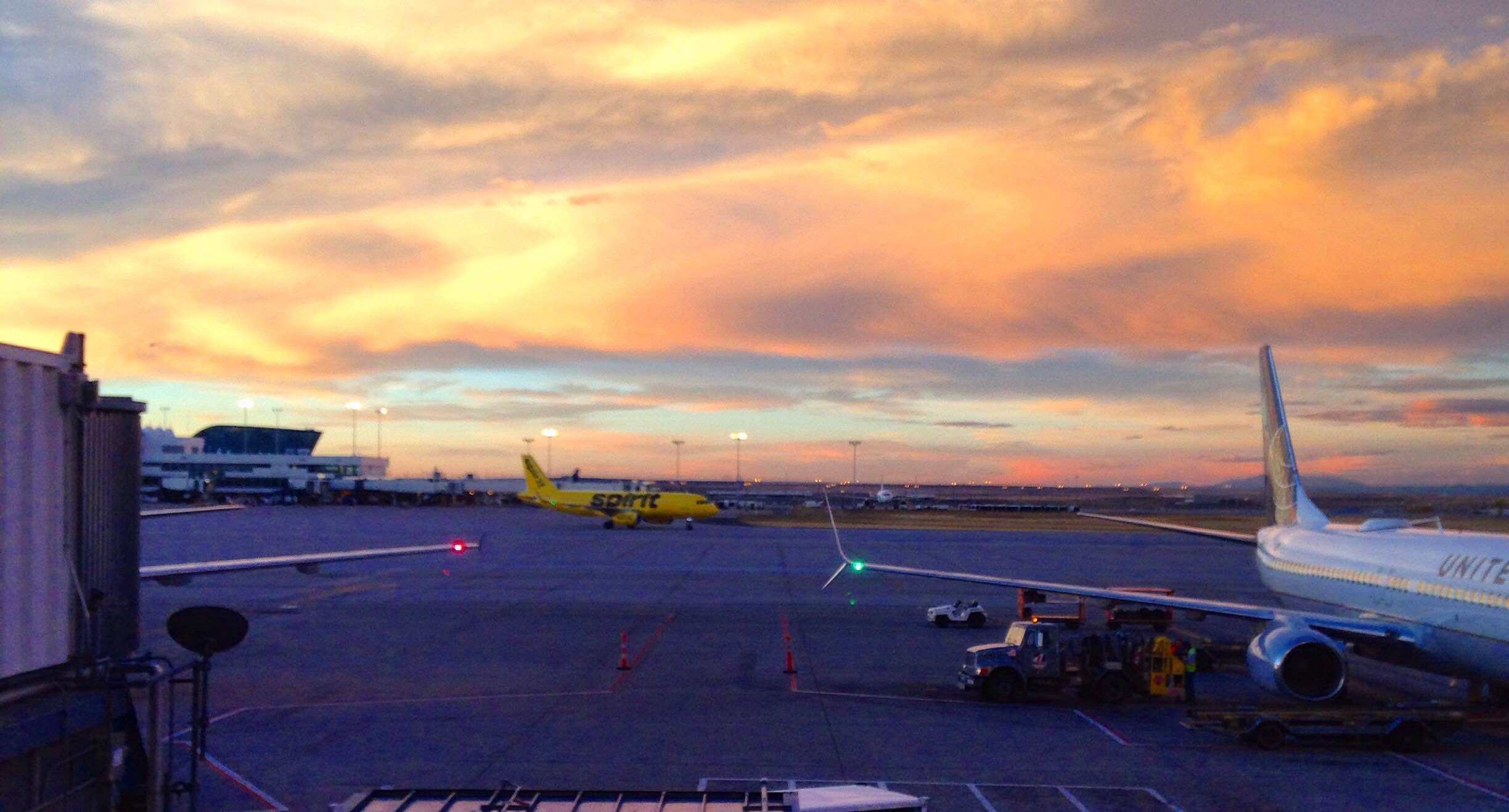 I’m warning you now…This isn’t exactly a “I flew to Spain and traveled the country side, picking organic berries and smashing them to create my own wine, all while making friends for life along the way.” No, this is a post about my one day trip to LA to pick up my wedding dress to show you how I eat while I travel. No berries were picked, just miserable travel through LAX, not so fun snacks, and veggies wherever I could get them. And getting glutened. That’s not a real word, but it will be some day.

The past two years, I have traveled all the time. To write cookbooks, to go on book tour, for weddings, for vacation, and now to find my dream wedding dress. Which means I’ve spent most of my time eating while traveling. Sometimes, like when I’m in Austin or Portland, it’s easy to eat healthy meals. Other times, like when I’m in Skokie, Illinois, it’s a little more challenging. But with every city, I still figure it out and eat relatively healthy. So let’s get started with what my day of travel yesterday looked like:

4:50 – Wake up call to put a little makeup on and straighten my hair. I tried to move through things pretty quickly to get to the airport a little earlier and have time for breakfast. Whenever I’m headed to DIA, I always get there early so I can have breakfast at Root Down in Terminal C. Root Down is one of the best restaurants in town that opened in DIA as well. It’s seriously the best.

6:00 – After parking then going through security (If you don’t have TSA Pre Check, you need it now. It’s the best investment maybe of all time), I headed to Root Down to be welcomed by a rude awakening: it doesn’t open until 7am. My day was officially sad. I ended up eating at a crappy place with some crappy food, but it did the trick. Some protein, fat and some carbs in the form of scrambled eggs, sausage links, and some potatoes. I didn’t finish it all because well, it just kind of sucked and was slightly cold. Sketch. How is food cold at 6:30am? I didn’t even really drink my coffee because that sucked too. Come on, Root Down, be cooler and open earlier. Pretty please!! 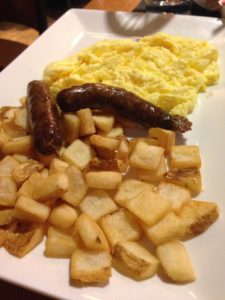 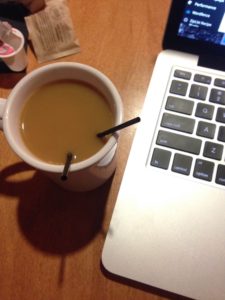 8:00 – Flight takes off and I am crammed between two people who believe that sharing armrests is not an option. And that air conditioning is not needed. I thought I was going to pee myself and I was sweating through my t-shirt. Miserable flight. I should have expected that when flying into LAX.

10:30 – After getting into LAX and peeing for 45 minutes, I grabbed some Cold Brew coffee with a little heavy cream in downtown LA before heading to Katie May Collection to pick up my dress. I had been to Katie May once before to find that perfect dress and found it right away!

11:00 – Appointment at Katie May Collection. Tried on my wedding dress, decided what alterations needed to be made then found a really cool surprise on the tag of my dress. I’ll show you that later! But, for real, can you believe my dress packs up into that little bag? Crazy. 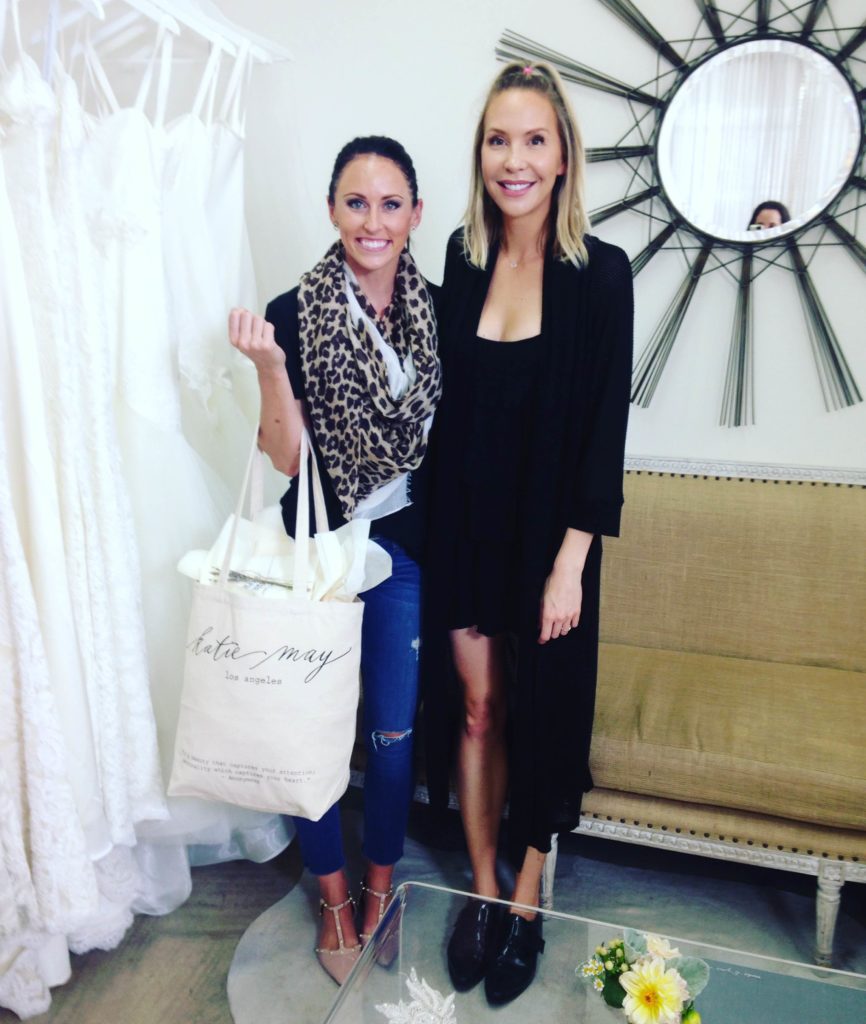 12:30 – Lunch at Bottega Louie. Last time I was in LA, everyone recommended Bottega Louie so of course I went there and LOVED IT. It was so damn good that I wanted to go back again. So I wandered the streets of LA then got some lunch there. I ordered the pork chop with brussels sprouts then got a side of broccolini. I really wanted to get the truffle fries but since I was by myself and since I hadn’t worked out, I decided veggies were my best bet. I also didn’t get dessert. Shame since I got to the airport 4 hours before my flight. 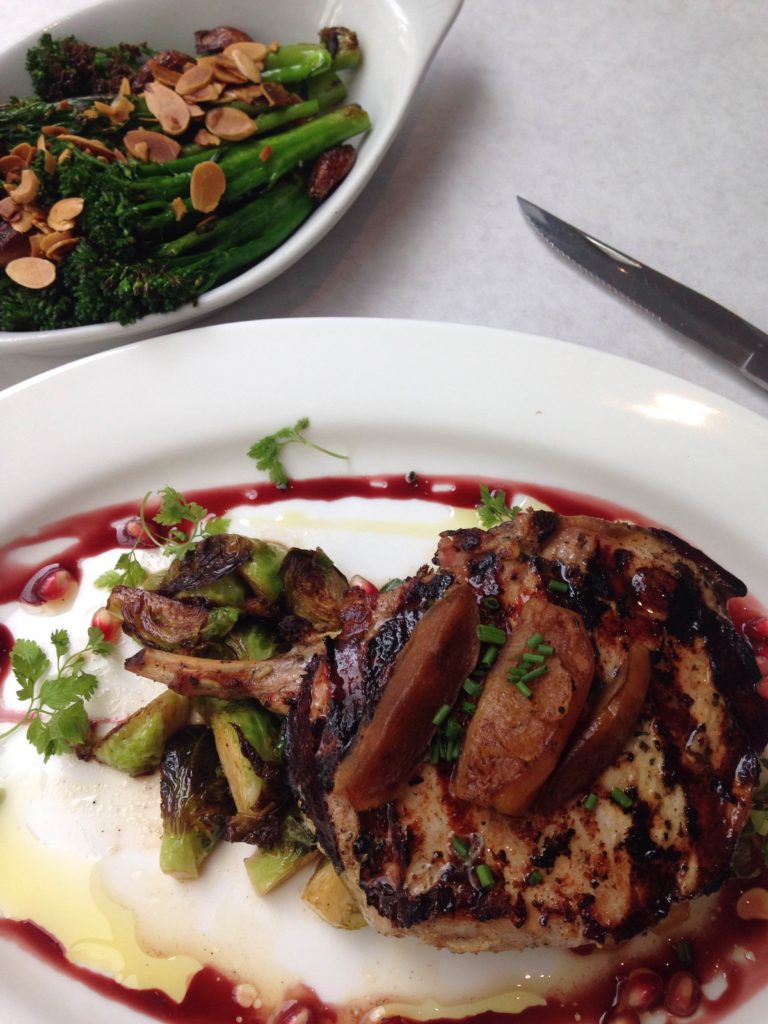 2:00 – Uber back to LAX where I remembered once again that I will never fly into LAX again. Ever. I’ll pay more to fly into Burbank. BUT, I did see my first star sighting. This is yet another reason why TSA precheck is the best. At LAX, they take you back almost in a private room. And when I went back there, I was in the same line as Kendall and Kylie Jenner. Why in the hell are they going through my line? Shouldn’t they be getting on their private jet? Weird. Well it was super strange to see them in person when you see them in magazines, on tv, or filling my ig explore page. Kendall is the tallest human ever and Kylie looks like she was shaped out of clay. All kinds of Kim type curves. It was funny watching my bags go through the conveyer because they TSA girl didn’t even glance at my sh*t as it went through. I could have gotten anything through security that day. Knives, guns, cocaine. She was in Jenner shock. Who cares about safety when you can stare at them!?

2:00 – 6:00 – Sit at the airport with NOTHING to do. I was at gate 44d which meant they shuttled me to gates 44a-44i that’s pretty much a room with one sandwich shop. No books, no magazines, no nothing. I was bored to tears. And as I sat there, my stomach began to feel a little off. I grabbed an orange juice, water, and began to work on my computer until the flight. The only thing that was going on at this gate were multiple tv’s play Dr. Phil and Judge Judy very loudly for everyone to hear. Who the f*ck watches Dr. Phil? Who? You do? Knock that sh*t off. Now for the flight…this is where sh*t gets good. 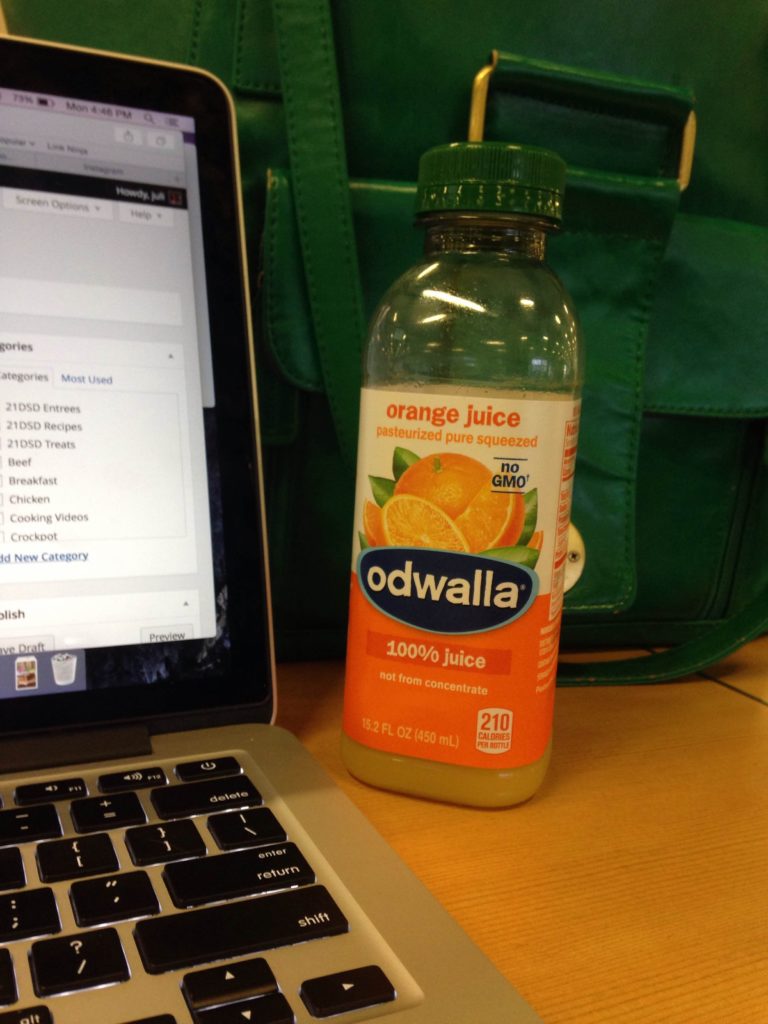 What has my blog turned into!??!

8:00pm – Ate an epic bar while on the flight as my stomach pains got worse and worse. At first I thought it was maybe just being hungry, but over time, those pains became quite evident. I got glutened. I’m guessing it was from my lunch at Bottega Louie, maybe soy sauce in the pork marinade or sauce. Who knows. Guess I should have gotten the truffle fries and dessert. Stupid Juli, you trying to be healthy is stupid.

10:30 – Finally get home where the stomach pain is wicked bad. I knew I needed to eat a little something so I just made my Pumpkin Pie Protein Smoothie, cuddled up with Jackson on the couch and just moaned it out. Gluten is the true devil. 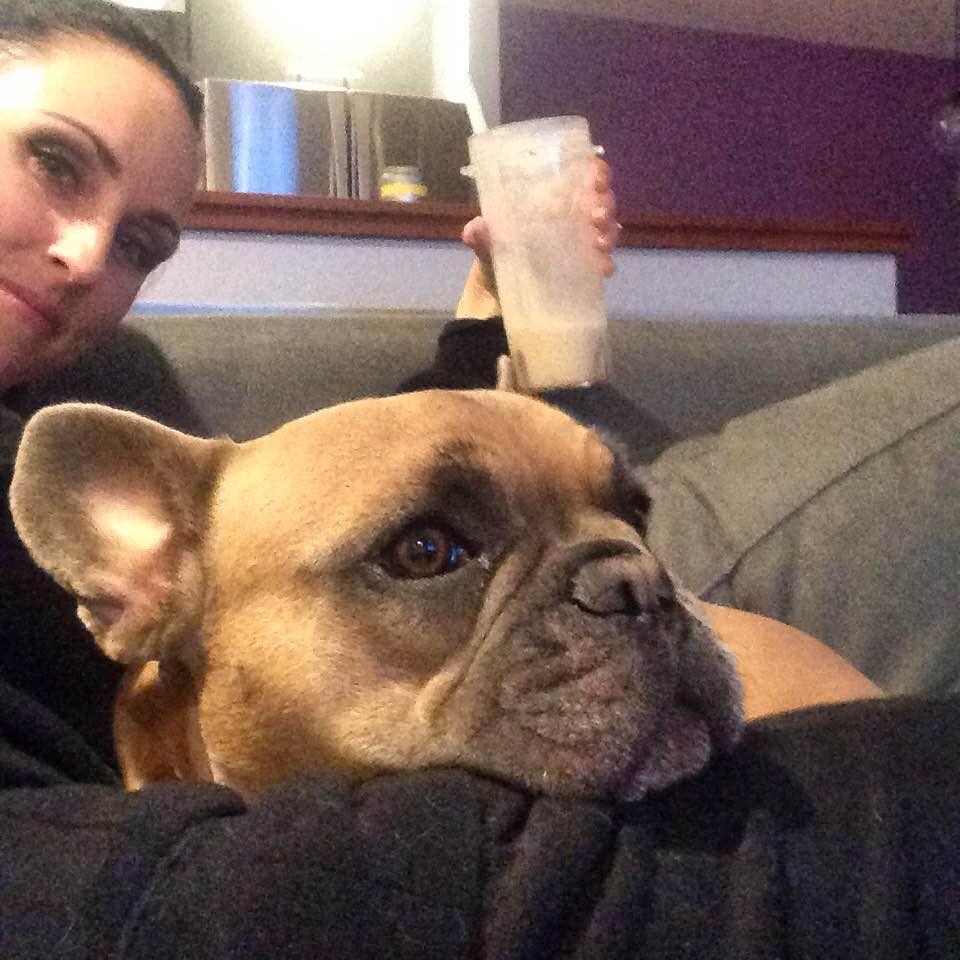 That’s what a day of travel looks like. Sometimes good food, sometimes “oops meals” happen, but back to clean meals today, back to workouts, and back to feeling normal again. You can’t control everything while traveling, especially what your eyes cannot unsee, but you can make the best possible decisions for yourself along the way. No cocktails, no truffle fries, no dessert. Just basics.

But to keep you feeling like yourself on the road, I put together a list of my favorite snacks to have with me while I travel. I find that if I have snacks, I feel much more in control. So start planning ahead, get your snacks ready, and feel better when you’re on the road!

Trail Mix without peanuts and the good stuff like chocolate 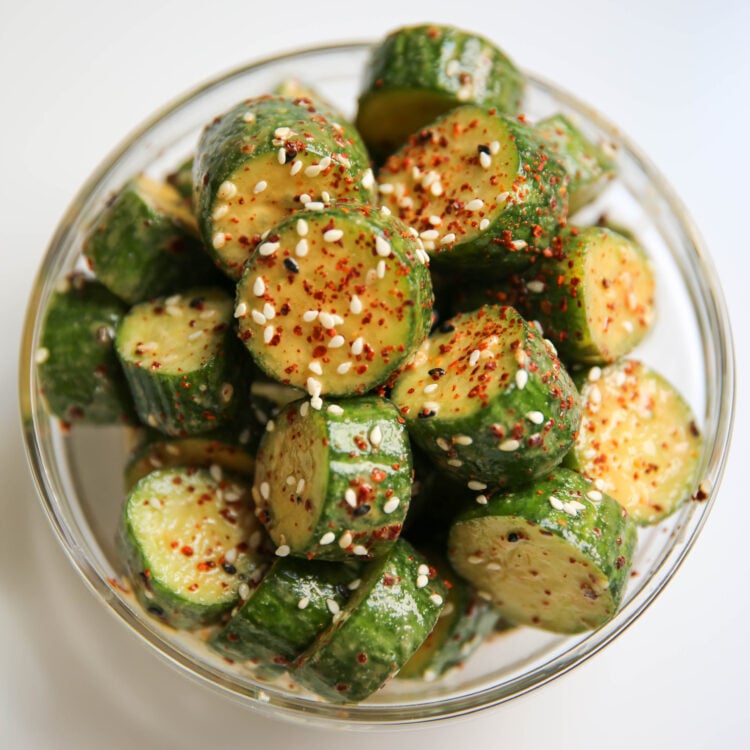 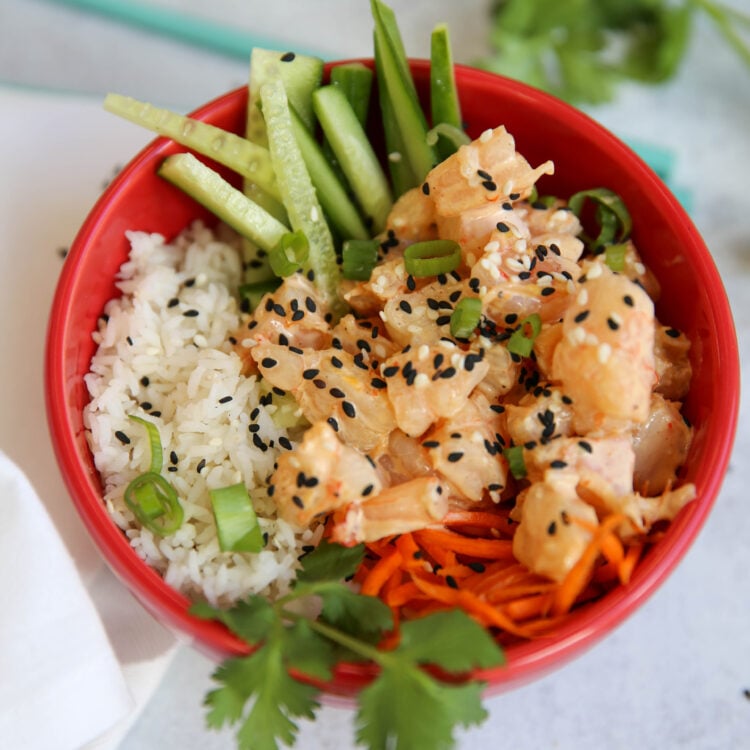