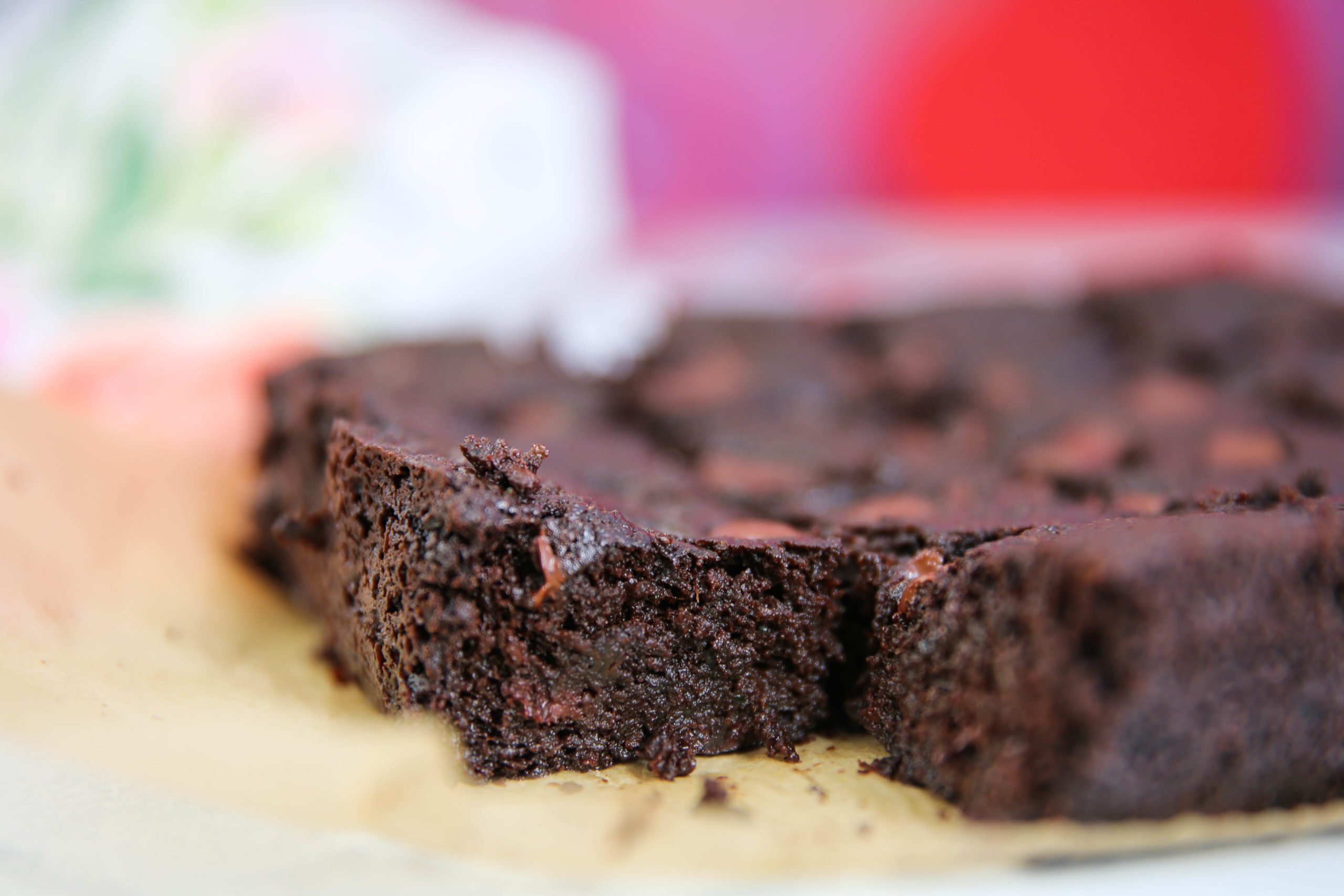 It’s almost Valentine’s Day!! The most pointless holiday of the year! If your significant other doesn’t show you how much the love you until that national holiday pops up on their calendar, well I think it’s time to drop their ass. I’m not a big Valentine’s Day person…obviously. But I’m also not a holiday person in any sense. I’m not in to gifts or even receiving them. But I do like an excuse to eat a brownie. Where the hell is national brownie day?? I’m sure there is one, but it’s really only celebrated in the food blog world because it gives food bloggers an excuse to promote an old brownie recipe. I want Trump to come out on stage for the State of the Union and announce that February 14th is now National Brownie Day, where everyone has to give each other brownies. That’s a holiday I can get behind. 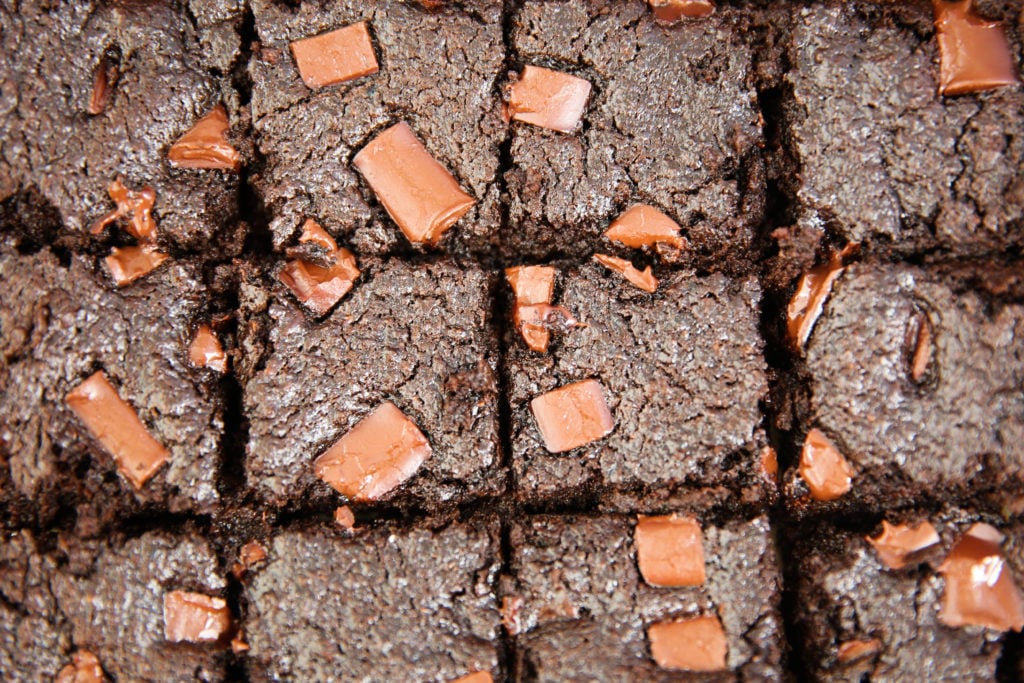 Anywho, I’m not in to going out to dinner or going somewhere special on Valentine’s Day. I could really care less. But I definitely was thinking about what kind of dessert I wanted to enjoy this year. But something I’ve been doing in the New Year is staying away from sugar as much as possible. I’m not great when it comes to self control so I have to stay away from most things or I can’t seem to physically stop myself. So when I decided to make brownies this year, I wanted them to be loaded with some good stuff, not just sugar. And that’s where the secret ingredient comes in to play…can you guess what it is? It’s actually THREE secret ingredients. 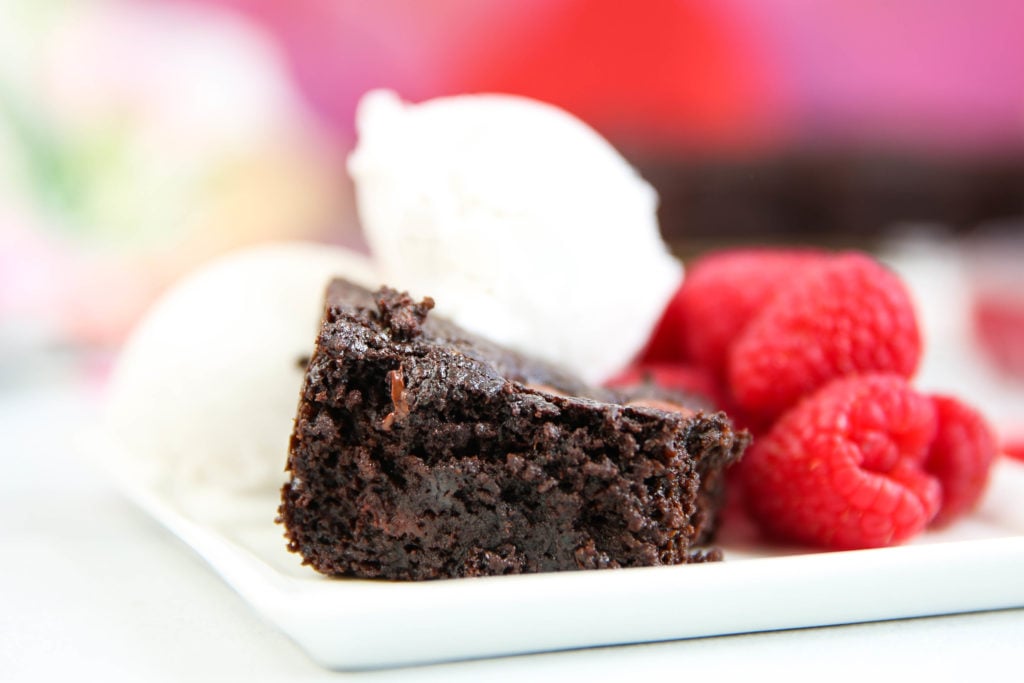 First up – sweet potatoes. I made my own Sweet Potato Brownies back in 2012. 2012!! That’s insane. I love adding some sweet potatoes to a brownie because it helps make it nice and dense and it adds a little extra sweetness without the added sugar. Second on the list – zucchini. Zucchini isn’t anything new in the baking world, but it definitely keeps the brownies nice and moist. Yes, I said it. And if you peel it and finely shred it, you can’t even see it in the brownie! Last but not least – spinach!! Yes, these brownies have spinach in them but you’d never know it! So everything single one of these brownies is loaded with 3 different kinds of veggies! Yes, it’s also loaded with some chocolate and hazelnut butter, but I feel just a tad better knowing I’m getting a little extra veggies in while I’m enjoying my stupid holiday dessert! 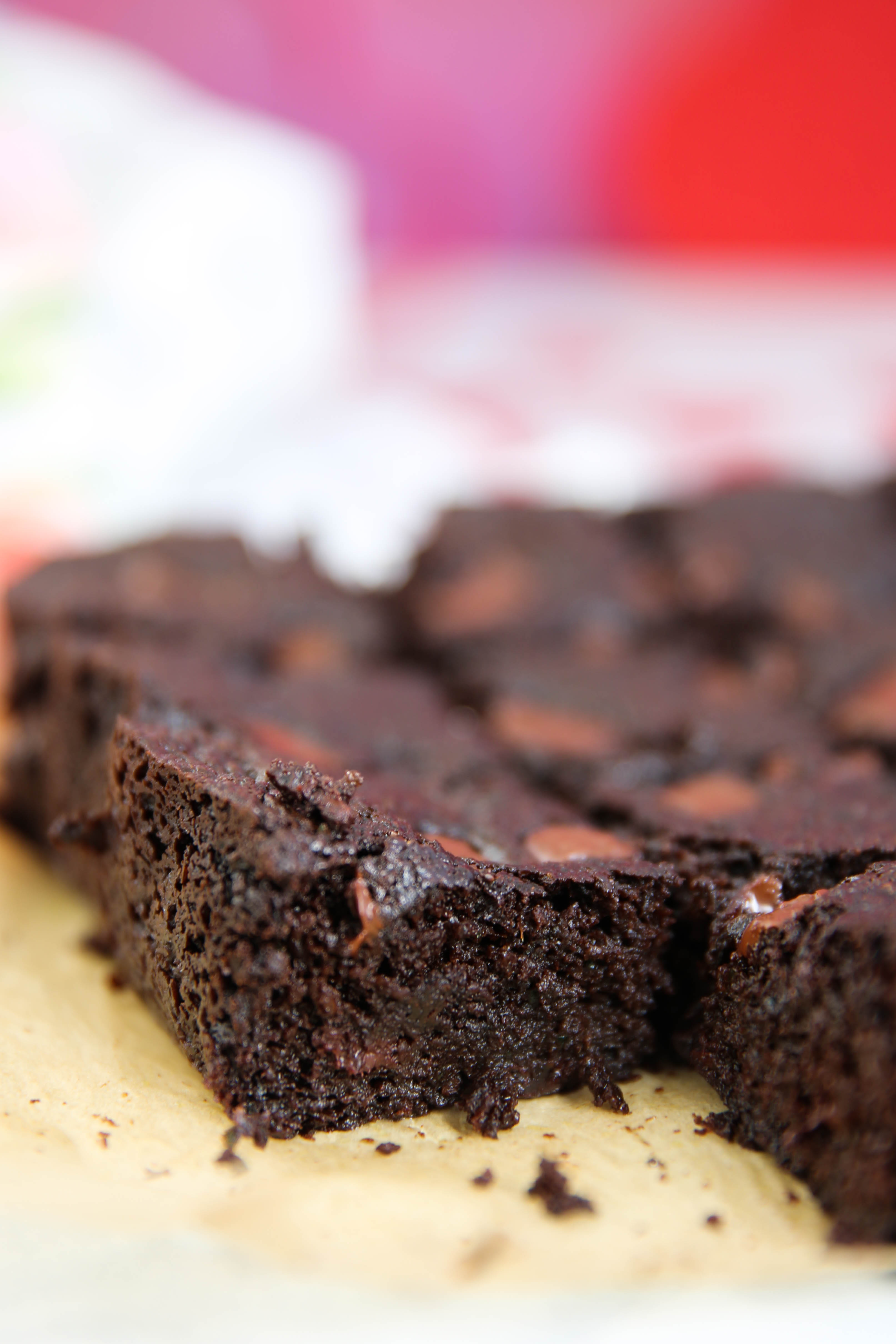 Speaking of a stupid holiday, guess what I’m doing on Valentine’s Day?! I’m flying to Albuquerque to interview for my Global Entry! The Denver Global Entry office was all filled up until May and who knows when the government is going to shut down again, so I booked mine in Albuquerque, which is only an hour away! I’m getting some miles in while getting my Global Entry done before the government flips upside down again. It’s a win-win! I leave by 8, home by 2. Not a bad Valentine’s Day in my eyes. Especially since the brownies will be waiting for me when I get home. What a lovely day. 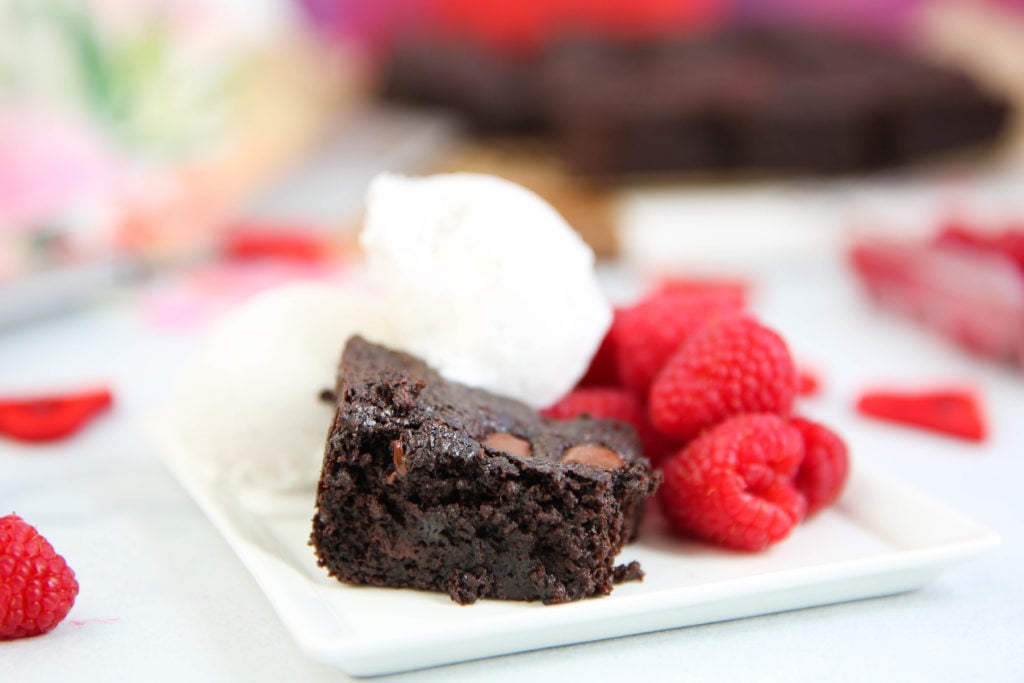 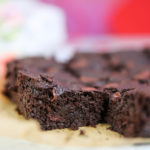 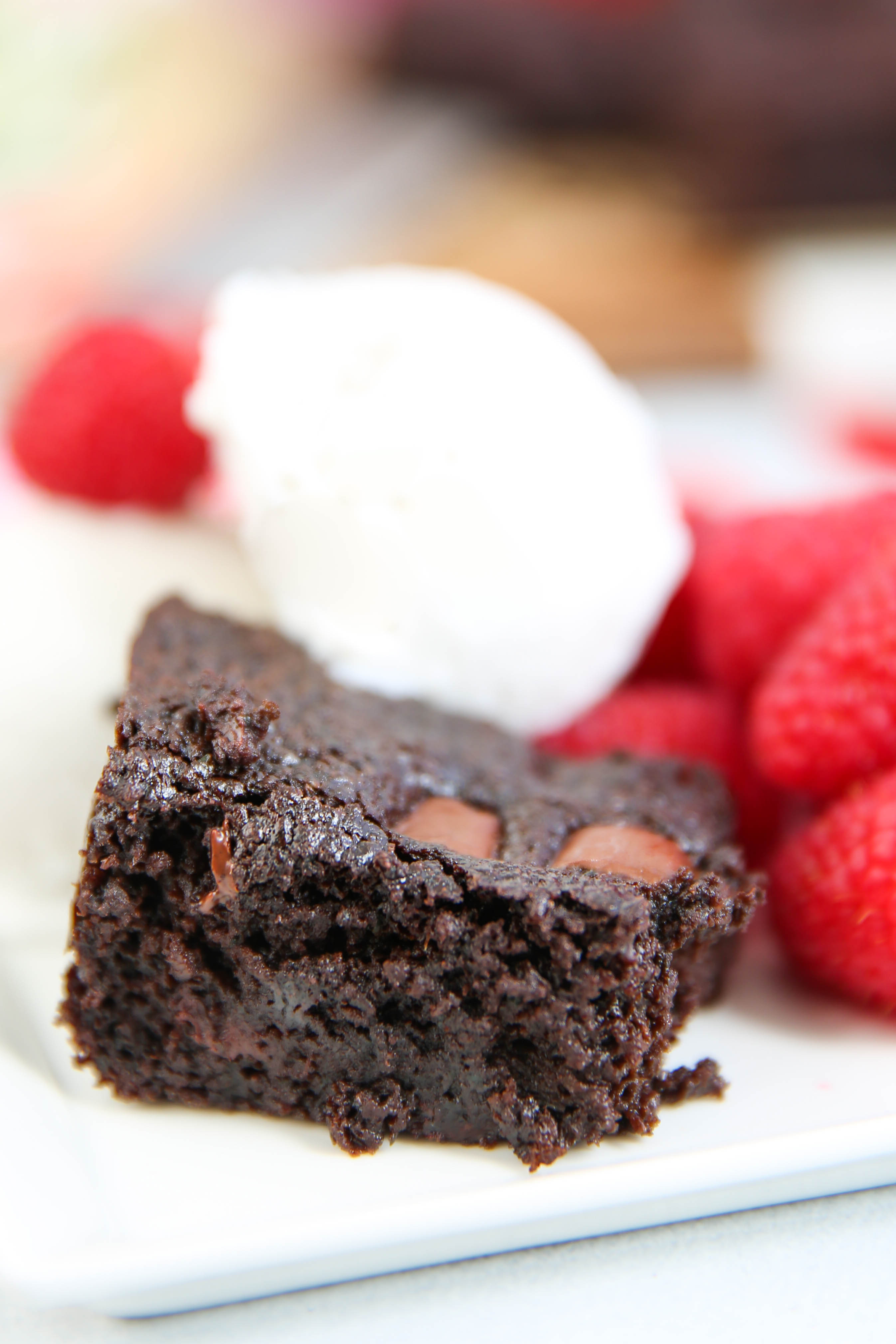 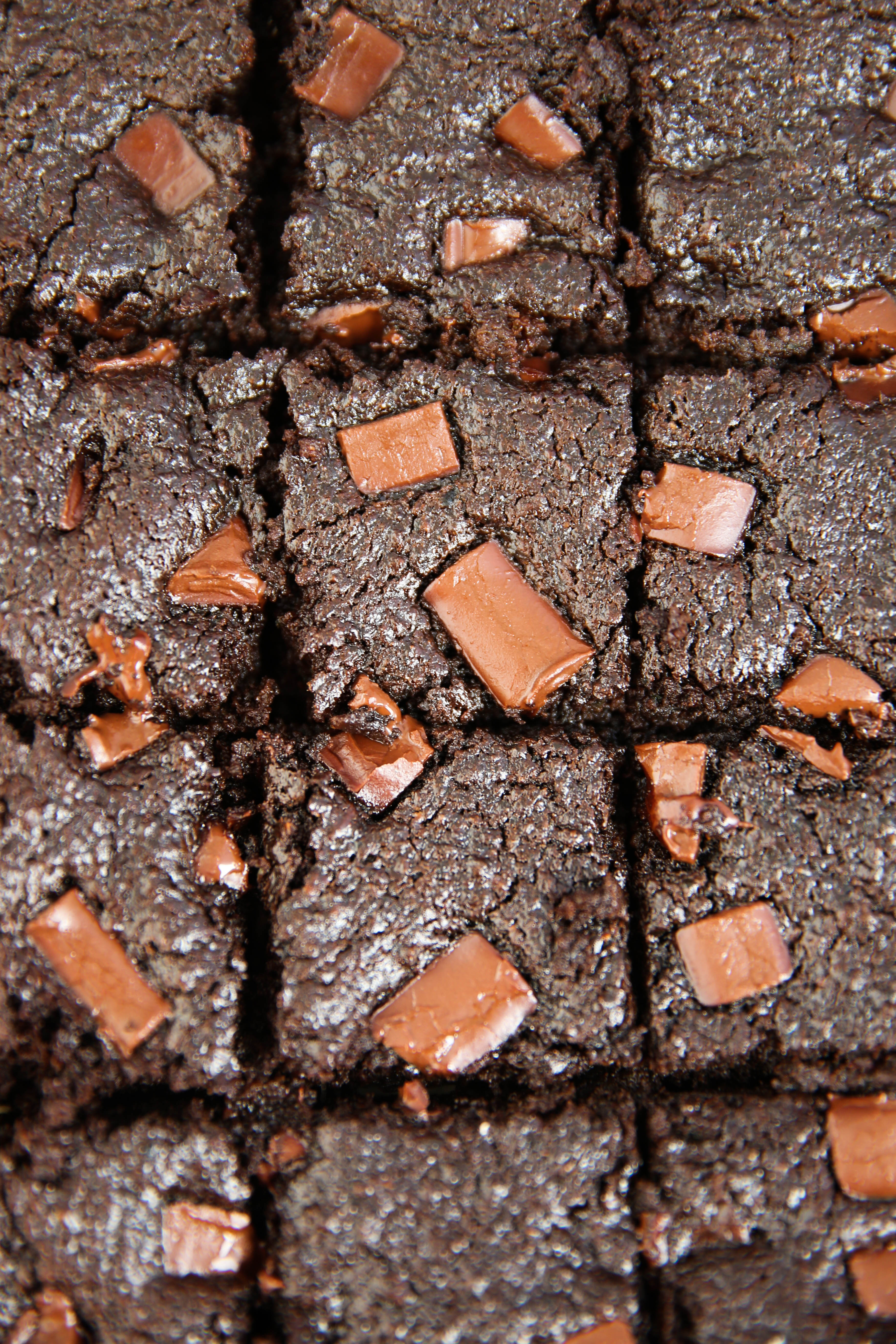 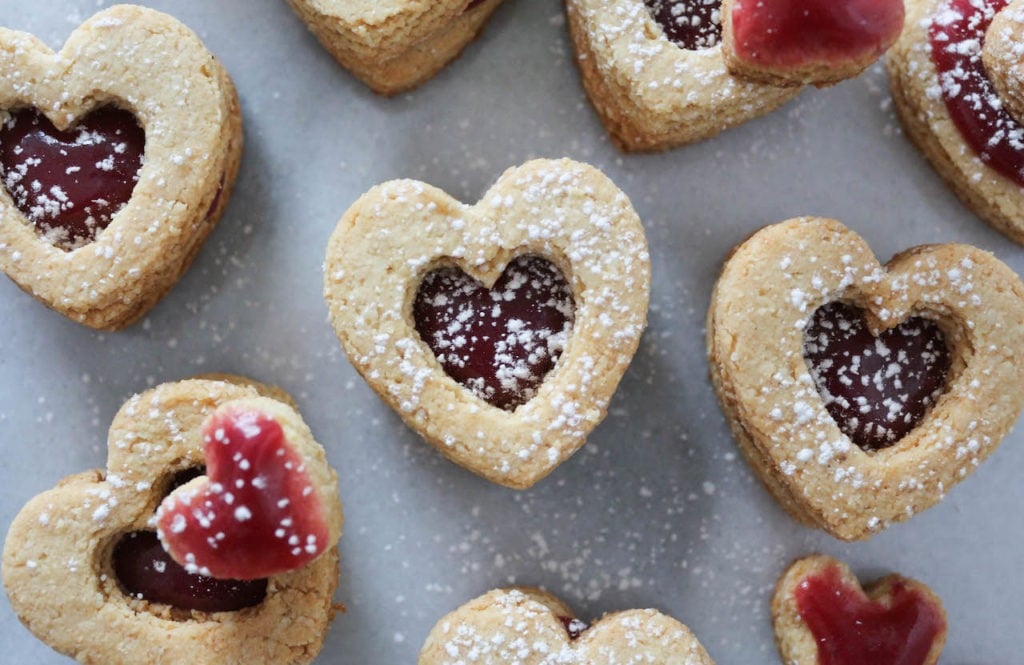 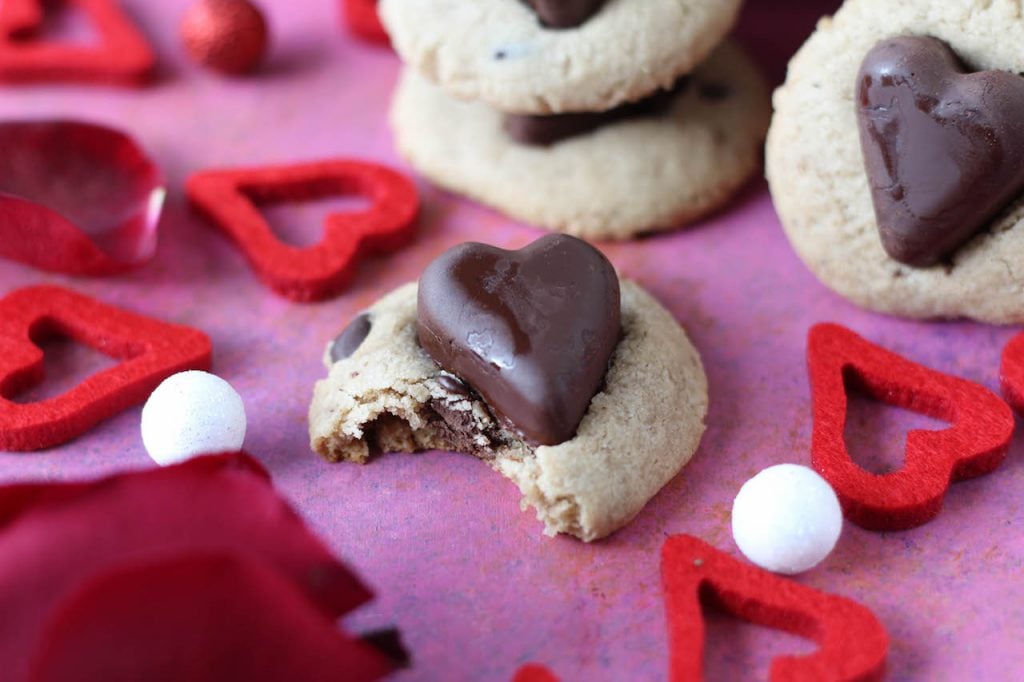