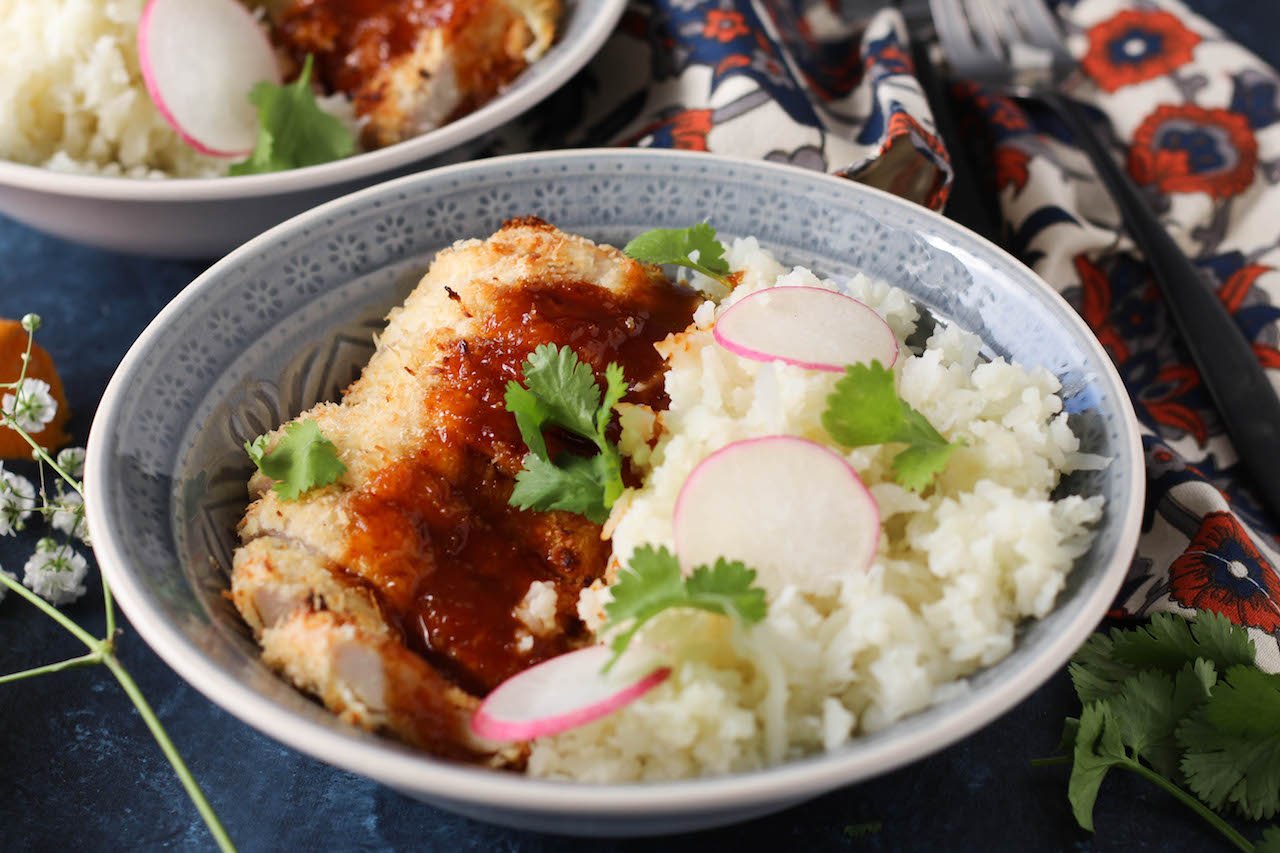 Sadly, last nights episode of The Bachelor was back to disappointing. Things were looking up last week then they left for hometown dates and everything went to boring again. But then again, Nick IS boring. But before I get into it, I need to give you a little disclaimer. I have gone to the dark side. Not only do I dedicate every Monday evening to watching The Bachelor then write a blog post about it every week and also talk about it on my podcast, but now I’m actually listening to other people’s podcasts about The Bachelor. I even gave in and started listening to Reality Steve so I now know all the spoilers. I hate myself. But what I learned from these podcasts, other than the person who wins this season, is that Nick is a real tool bag. So now all I can think about when I watch the show is how he’s fame hungry. Obviously. And even though we all know everything is staged, it’s crazy hearing behind the scenes stuff. Like how they filmed Nick living in Chicago when he’s lived in LA for over a year now. I’m so far deep into it, guys. I’m the worst. But I can’t help it. There’s literally nothing better to do on a Monday in the winter, ok?!

Ok, now that I got that off my chest and you respect me way less, let’s get into the nitty gritty: the hometown dates. Nick starts the dates off in some small town to meet Raven. I have no idea where she lives, but what I do know is that there is no way that Raven’s brother is a real police officer. Did you see that poorly put together shirt that was falling apart and flapping in the wind? What the hell was that?! It looked like a Halloween costume for a 7 year old. Maybe 5. So weird. Nick and Raven played on ATVs then playfully wrestled it what looked like a giant poop puddle. So what does Nick do? Takes his shirt off, duhhhhh. He loves that move. Then they wrestled and bathed each other in the poop water. I think that’s how you get worms up your butt and into your intestines. Poop water worms. It’s a thing. It was all quite weird. Nick meets her parents, finds out Raven’s dad is clear of cancer, it’s all very emotional, and Nick isn’t crying for THE FIRST TIME EVER. You suck, bro. Raven ends up not being able to say I love you most likely because the smart part of her brain is whispering reminders that she’s known him for 6 weeks. Proud of Raven for not saying it. Good job, Rav Rav. We’re on a nickname basis at this point. 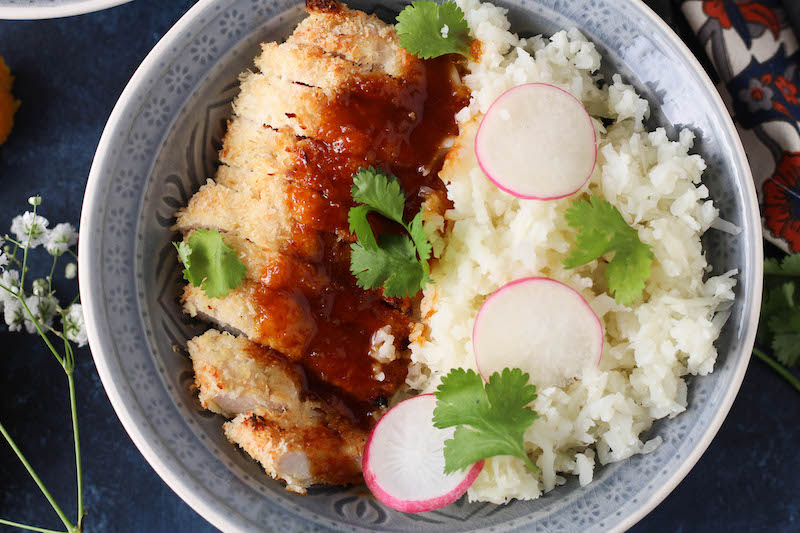 So as you may know, if you’ve read my other recent posts about The Bachelor – I think Rachel is borrrrrring. Sure, she’s adorbs and intelligent and well spoken, but I find it all boring as hell. I don’t watch trash TV to watch people who have their sh*t together. That’s what friends in real life are for. But anyways, I found her hometown date just as boring. EXCEPT for watching Nick walk into her church for the first time. He was SO uncomfortable. He was clapping like you clap at a golf tournament, while next to him is a woman who is truly a professional clapper, looking like a scene out of Bring It On. That was pretty much the most interesting part. He meets her family and all they talk about is race. That’s it. That’s all that happens.

Next, Nick moves on to Corinne and her lavish lifestyle. She takes him to do her favorite thing: shop. And she ends up spending almost $4000 on him. Do you think she really shops like that all the time or is it just for show? So hard to know. They shop, we see more video of Nick shirtless and in his underwear, then they head to meet her parents. And once meeting her dad, we quickly understand where she got her spunky personality from. Her dad is a ball of loud. They have dinner and her dad gives Nick some homemade marinated olives and the producers decided that was a scene worth building up. We all sat in silence waiting to see what Nick thought of Corinne’s Dad’s marinated olives. So strange. Why was THAT the scene they decided to go with? F*cking whack. Then Corinne says she’s in love with him…even though she’s never even been on a one-on-one date with him…and only has known him for 6 weeks. But whatever. Corinne’s dad said, “I think he’s the lid to her pot.” and he obviously knows what he’s talking about and totally gets metaphors, so maybe it’s true love!

Last but not least, Vanessa. Vanessa’s hometown date was a 3 part series. It was a lot. First, they stopped to meet with probably 30 of her students, then to her mom’s side of the family, then her dad’s. Her parents are divorced so meeting the mom’s side was like 15 people deep then she went to her dad’s which only included her step mom. Talk about black sheep of the family. Nick asks for her dad’s permission and her dad ain’t into but finally says yes because he probably just wants the conversation to end and the cameras to get out of his face. What I don’t understand here is why Vanessa didn’t do Bachelor Canada. Nick and her haven’t even chatted about where they’d move if they end up together, but it doesn’t seem like she wants to leave her family of 1812930 people in Canada behind. And as we know, Nick is taking hosting/acting lessons in LA praying for Chris Harrison to throw in the towel – so he ain’t leaving. So then what? They just wave to each other from across boarders? Romantic. He’s such a romantic.

So there’s that. Boring episode, lots of women who aren’t in love but are trying to talk themselves into it because THAT’S WHAT THE SHOW IS ALL ABOUT, and host-to-be boring Nick. If you’re so far gone and into this show and can’t seem to swim your way out, I totally recommend Girl with a Podcast and Reality Steve podcast, as long as you’re cool with spoilers. I spent yesterday cleaning the kitchen and drowning in behind the scenes knowledge. I really need a new hobby. But if I was doing that hobby, I’d probably still listen to bachelor podcasts. SEND HELP!

In the meantime, you should totally make this meal…while listening to my podcast or a bachelor one. I support either choice. This dish is not katsu or tonkatsu like many of you guessed on social media…mostly because I had to google what both of those things were. But this dish is quite delicious. And surprisingly easy to make! As easy to make as it is to fall in love on the Bachelor! Enjoy. 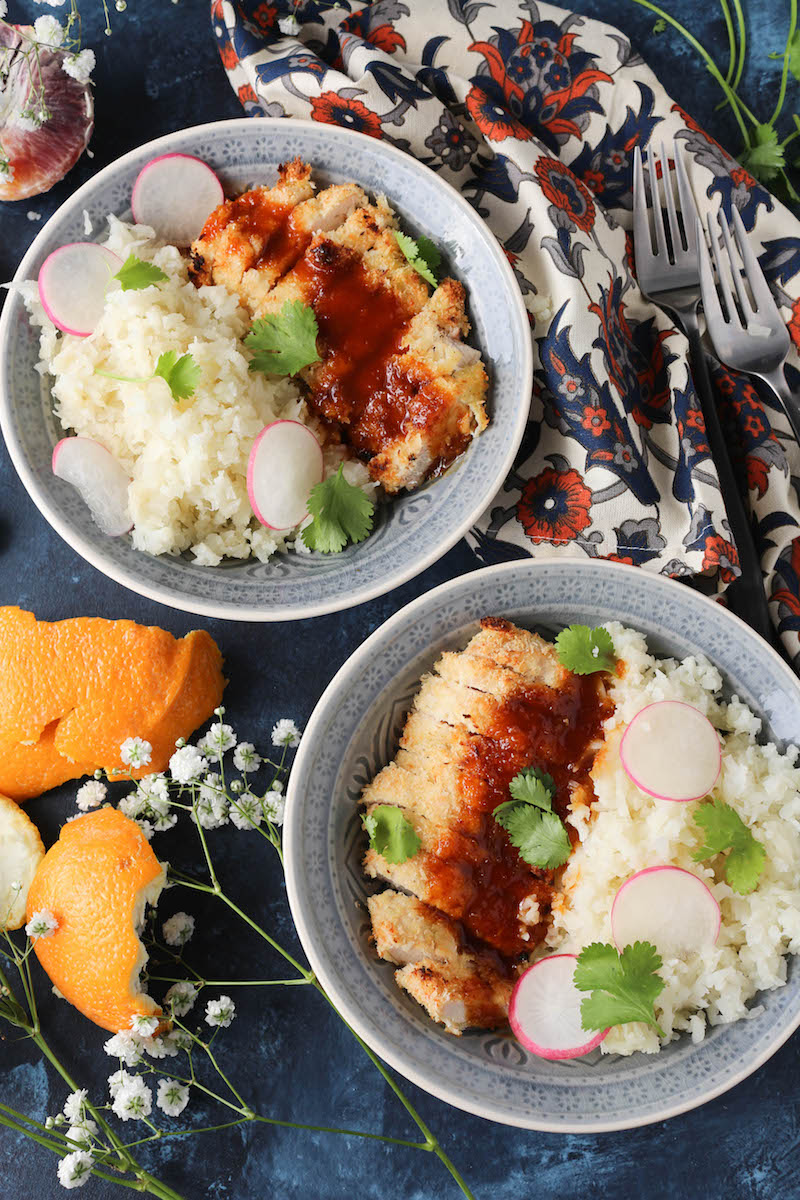 For the orange sriracha glaze 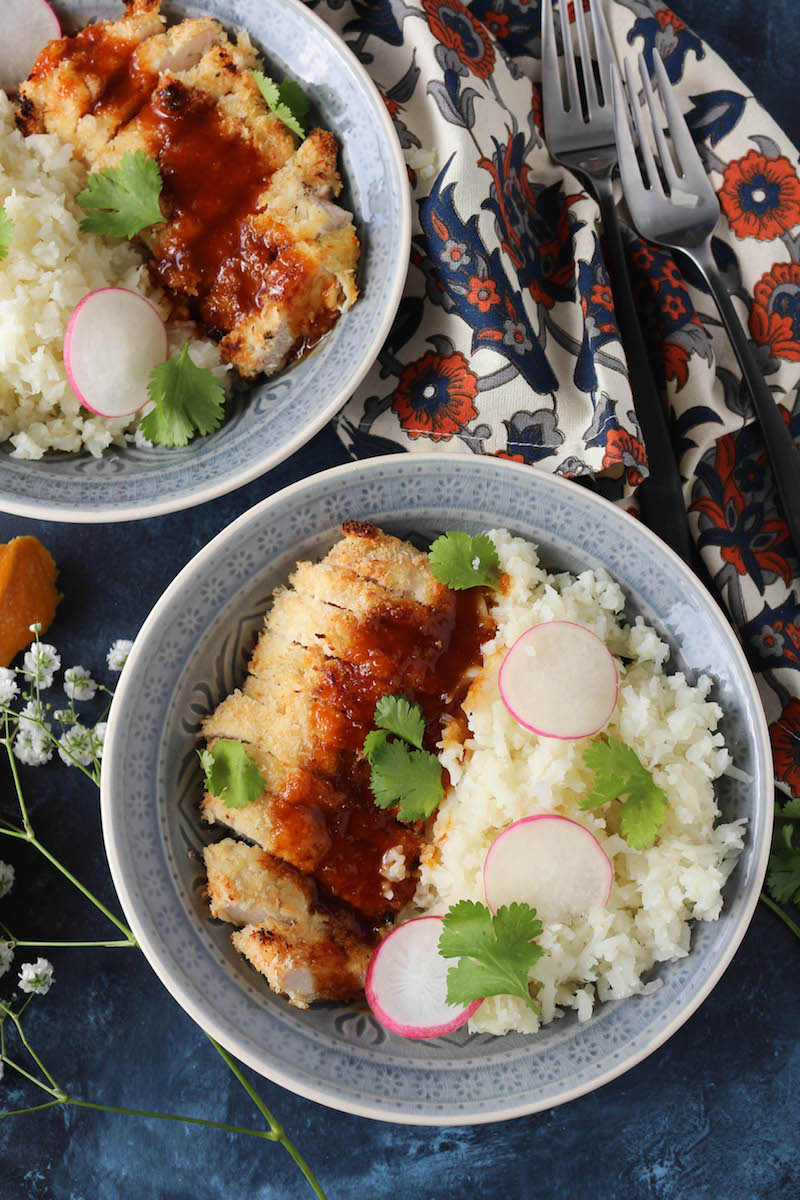 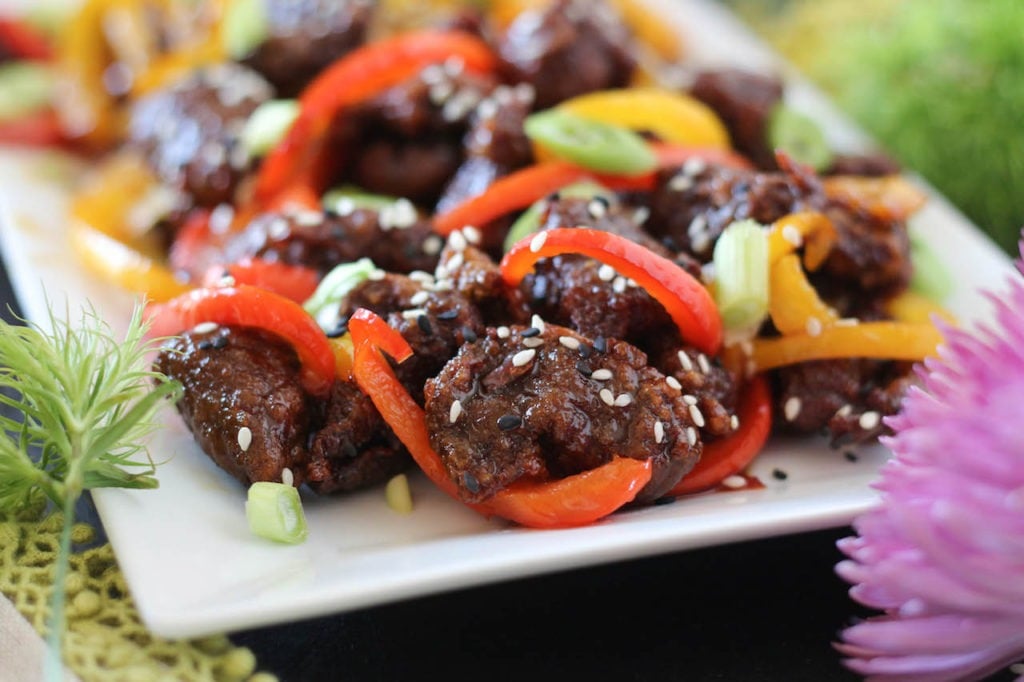 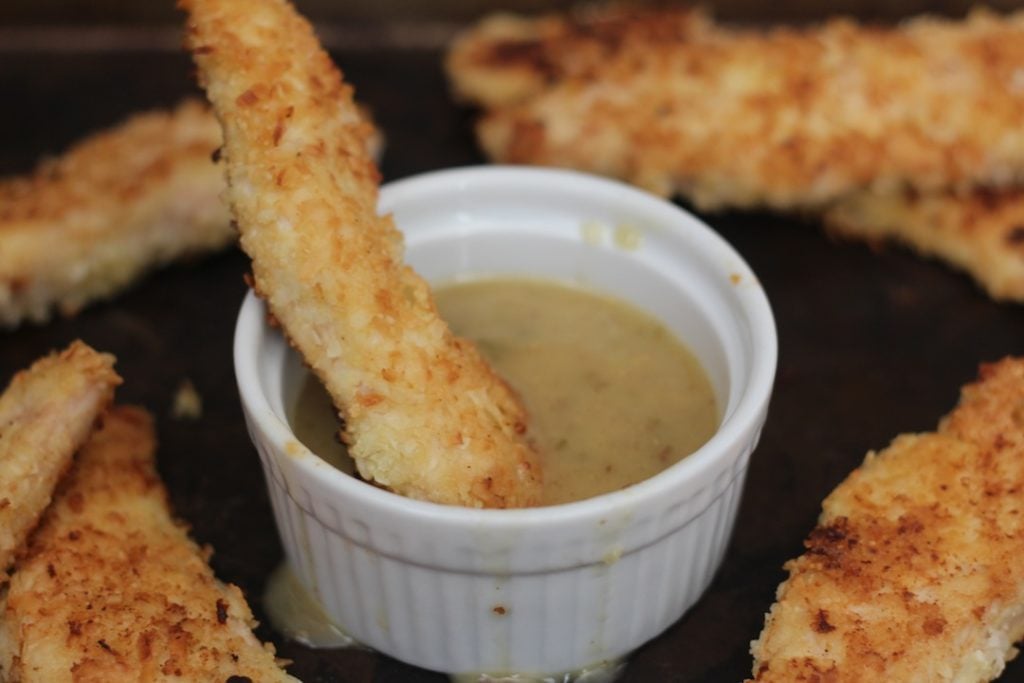